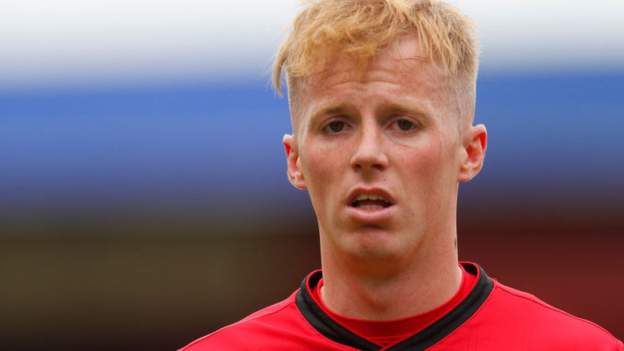 Blackpool have signed winger Charlie Kirk on loan from League One club Charlton with a view to a permanent deal.

The 24-year-old, who has featured in 14 matches for Charlton this season, initially joins the Seasiders on loan until the end of the season.

As part of the deal, Blackpool have an option to purchase Kirk before the end of his loan spell.

He played 203 games for the Railwayman, scoring 32 goals. What Is Netflix Is a Joke Festival? Dave Chappelle...

Germany Takes Aim at Cost of Living Crisis in...

Beirut: The moment part of the port grain silos...

Scientists can detect COVID-19 in wastewater weeks before anyone...

DOJ Unlikely to Charge Trump Before Midterms as Unofficial...

The Radically Different Visions of Black Power Vying for...

Becerra in the hot seat, again, over monkeypox response

Mom Cheating on Husband With Clown Hired for Her...

Invasion provokes fear and anger for Ukrainians in UK

BOE Gold Trades at Rare Discount in Sign of...

Russia’s space chief says hacking satellites ‘a cause for...

Police called to suspect’s home ‘a number’ of times...

Covid in Scotland: Removing self isolation would be ‘step...

As species recover, some threaten others in more dire...

The Chicks cover Olivia Newton-John’s ‘Hopelessly Devoted to You’

This solar-powered electric car can run for months without...

El Salvador declares state of emergency amid spike in...

Barry Cryer: A look back at the work and life of writer...