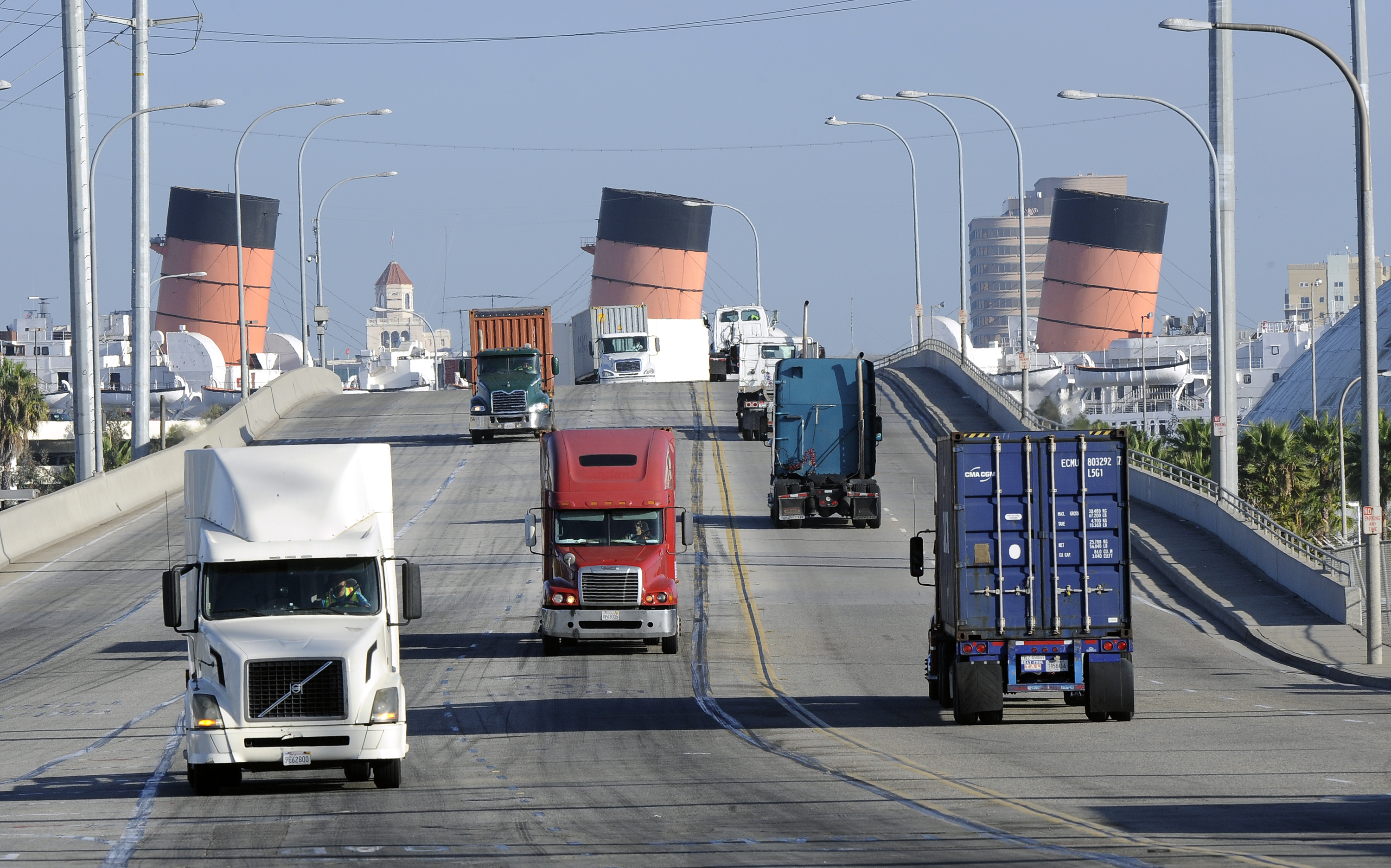 A bill in the Washington state legislature seeks to address an issue faced daily by truck drivers: nowhere to use the restroom.

Washington state labor law requires most employers to provide their workers with restroom facilities. But because of the uniquely itinerant nature of commercial trucking, the law leaves drivers without access to a restroom facility.

“It would seem to me that logic would determine that this would already be handled or taken care of but evidently not,” state Rep. Mike Sells, D-Everett, told the Washington Transportation Committee last week.

Sells was there to advance legislation he’s sponsoring that’s aimed at addressing the situation. House Bill 1706 would require retail establishments to allow truck and delivery drivers to use their restrooms, as long as doing so wouldn’t create security or health risks. The state’s 75 port districts would also be required to provide restrooms for big-rig truck drivers delivering goods in the area of the terminal.

Sells told the committee the already long-standing problem has been made worse by recent supply chain disruptions that have tied up port operations. Some truck drivers, including a pregnant woman, have told him they’ve had to wait for up to eight hours to use a restroom, he said.

Semi truck drivers arrive to pickup and deliver products at the Port of Long Beach, October 27, 2014 in Long Beach, California. A bill in the Washington state legislature aims to help with a problem experienced by truckers everywhere: lack of bathrooms. Bob Riha, Jr/Getty Images

The American Trucking Association estimates the U.S. is short 80,000 drivers, a historic high. Sheri Call, executive vice president of the Washington Trucking Associations, told the committee the bill is a “plea” from an industry in the midst of a labor crisis that she said could worsen.

Representatives from the state’s retail, hospitality and business lobbies told the committee they were sympathetic to the plight of truck drivers and were willing to work with Sells on the bill. But they questioned the need for the bill, saying that their member businesses routinely allowed truck and delivery drivers to use their bathroom facilities.

Beckett said the association earlier asked its members for feedback after hearing about the bill. “And from the information we heard back, all our members—small, large and in-between—allow drivers to use their facilities,” he said.

The association isn’t aware of any complaints, but businesses would resolve any issues that came up, he said.

But Ryan Johnson, a truck driver with Teamsters Local 38, told lawmakers he’s had a different experience during his 20 years of driving trucks.

“This is a problem at every level,” he said. “If companies don’t want to be bothered when you ask to use the bathroom, they just tell you, ‘no.’ Period. And they don’t have to give you excuses, and you’re just stuck.”

Johnson singled out the ports in Tacoma and Seattle for not having enough toilets or porta potties to accommodate the thousands of drivers they see daily who end up sitting for hours.

Sean Eagan, lobbyist for the ports of Tacoma and Seattle, said his clients supported the bill, calling it a matter of dignity.

Scott Hazlegrove, a lobbyist for Pacific Merchant Shipping Association, told the committee his association, which represents marine terminal operators, would be comfortable with the bill with amendments clarifying that restrooms would be available where truckers are located and recognizing security requirements.

He said his association thought the issue had previously been resolved.

“But the bill shows there is still more work to do,” he added.

US citizen charged over alleged killing of DJ in...

Silkhaus gets $7.75M to digitize short-term rentals across emerging...

Keeping up with Katherine Clark

Brady to lead Buccaneers against Seahawks in first game...

A Bill for Covid Long Haulers, From a Senator...

US Postal workers arrested in $1.3 million fraud and...

Bolsonaro and Lula appear headed headed for runoff in...

Apple opens Self Service Repair to US iPhone users

NHS staff: ‘We’re doing the absolute best we can’

Person who may have tried to influence Hutchinson’s testimony...

Care homes places to free up hospital beds in...

Adorkable and MacGyver among new words added to Merriam-Webster

Hitting the Books: What life on the internet was...

Woman sentenced to 30 years in prison for abortion...

Weisselberg to plead guilty, could testify against Trump Org....

OPEC, Allies Agree to Boost Oil Production Ahead of...

Review promised after children were given Covid vaccine overdoses

Author questions whether China has leverage over Biden