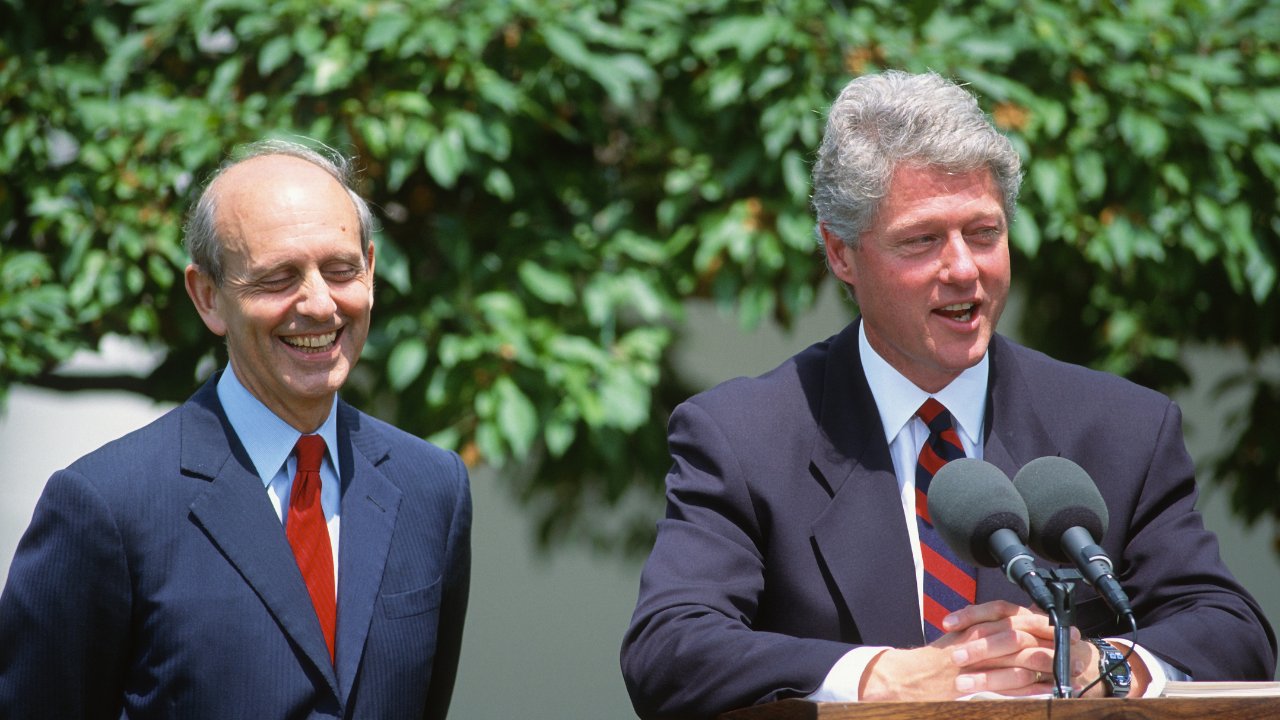 When Supreme Court Justice Stephen Breyer steps down from the nation’s highest court as Fox News has been told he intends to do at the end of the court’s current term his departure will end the influence of former President Bill Clinton on the court.

Clinton, who served two terms as president, 1993-2001, named two justices to the court during his time in office: Ruth Bader Ginsburg, who served on the court from August 1993 until her death at age 87 in September 2020, and Breyer, 83, whom Clinton nominated in May 1994 and who joined the court in August of that year.

Breyer’s nomination followed the retirement of former Supreme Court Justice Harry Blackmun, an appointee of former President Richard Nixon who had served on the court since 1970.

When Clinton announced Breyer’s nomination on May 16, 1994, he called the San Francisco native an “unquestioned leader of the judiciary.”

“Judge Breyer will bring to the Court a well recognized and impressive ability to build bridges in pursuit of fairness and justice. In the generations ahead, the Supreme Court will face questions of overriding national importance, many of which we cannot today even imagine,” Clinton said.

Then-U.S. Court of Appeals Chief Judge Stephen Breyer, left, listens as then-President Bill Clinton nominates Breyer to the Supreme Court during a news conference outside the White House, May 13, 1994.

Ironically, had Hillary Clinton been elected president in 2016 and 2020, Breyer’s departure would have created an opportunity for the former secretary of state’s fourth nominee to the court. Instead, three court picks went to former President Trump and now President Biden will get his first court nominee and the court after Breyer will have no representation from the Clintons.

Breyer’s retirement decision comes after months of speculation that he might retire while the Democratic Party has control of the Senate and House of Representatives.

During a interview with The New York Times in August, Breyer said he did not intend on remaining a Supreme Court justice until death. (Being named to the court is a lifetime appointment.)

“I dont think Im going to stay there till I die hope not,” Breyer said.

Breyer also issued a warning to Democrats who are interested in packing the court, in a bid to overcome a conservative majority.

Sarah Palin Lawsuit Against New York Times to Be...

Could a Copyright Suit Alter the Marvel Universe? (Podcast)

Is NYC ready to move on from COVID? Depends...

The most popular race in the state

When Finance Is a Weapon of War (Podcast)

Italy requiring everyone over 50 to get a COVID...

Russia’s standing in G-20 not threatened by Ukraine invasion

‘Gaymers’ Are Taking Brazil by Storm

Elden Ring’s map has been secretly changing without anyone...

Stranger Things 4 posters tease the beginning of the...

US repatriates suspected ’20th hijacker’ of 9/11 from Guantanamo...

A Missile Silo in Kansas Is on Sale for...

Baby formula shortage: Expert tips on what parents can...

Vaccines could mean only one smear test a lifetime