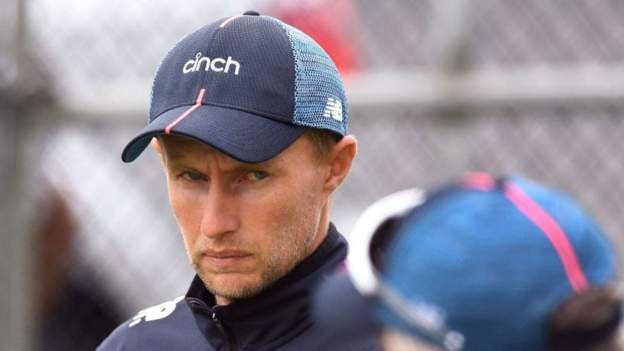 England tour West Indies, Netherlands, Pakistan & Australia, as well as a jam-packed home summer and another T20 World Cup in October, in 2022

England’s men are in the West Indies for a five-match Twenty20 series.

It follows a winter where they lost in the semi-finals of the T20 World Cup, held in the UAE, and suffered a 4-0 Ashes defeat in Australia.

“You can’t even explain what it’s like until you experience it,” said Collingwood, who is in charge of England in the Caribbean.

Former all-rounder Collingwood, 45, added: “I just hope there are no ramifications moving forward because when they come, they won’t be obvious next week or the week after.

“These are things that might come out down the line. That’s what scares me.”

Collingwood was also part of the coaching staff at the T20 World Cup in the autumn and then the Ashes, which saw five Tests in as many weeks.

“The simple fact is you cannot walk out of your front door and, as soon as you’re told that you cannot do something as simple as going for a coffee and you are penned in with the same guys, it hits you,” he said.

“I almost think it is too late to get these messages across. These sorts of things should have been brought out in the middle of last summer.

“We saw the signs then when boys were fading and it is not healthy for the game. This isn’t just us. We have obviously played the most amount of cricket, but it will catch up with other teams as well.”

‘These guys deserve medals not criticism’

Collingwood believes England’s performances in the Ashes were affected by bubbles and a lack of preparation, with the first Test in Brisbane coming less than a month after England’s T20 World Cup defeat to New Zealand in Abu Dhabi.

“Going to the Ashes off the back of a tough bubble in Dubai [at the T20 World Cup], I think was literally one step too far,” he added.

“I am sure people are sick to death of hearing about bubbles, but the harsh reality of what we were expected to do was – two years of bubbles, finish the home season and then go to a World Cup where, for six weeks the bubble was even tighter, then do two weeks quarantine and go into the Ashes with two days of on-field practice.

“We were sitting ducks. We really were.”

Collingwood, who accepts mistakes were made on the field against Australia, is concerned cricket boards are putting the product before players.

He would have preferred England and Australia to have played two Tests this winter and three next winter.

“Yes, we made mistakes, 100%,” said Collingwood. “We made selection mistakes, we made toss mistakes, but the fact we actually turned up and agreed to a five-match Ashes series, the guys should be given medals for that.

“But no, Australia were not bothered that they were going to receive an England team who were mentally fatigued, they just wanted to get the product out there. They just wanted the Ashes.

“These guys deserve medals not criticism. They should be told ‘well done’ for even going. It’s the equivalent of the England football team being asked to go to a World Cup, then from that bubble into the Euros.

“Would you expect a performance from that scenario? It’s ludicrous.” US to Sanction Vladimir Putin Directly Over Russia War...

Wildfires break out at Mallaig and on Ben Lomond

Idea of superior Latino health outcomes may be false,...

German beer sales down again in 2021 as pandemic...

Return-to-Office Push is On (Podcast)

How NATO factors into the Ukraine-Russia conflict

Six Countries in Africa to Get mRNA Vaccine Technology...

Students around the world make a stand against modern...

Mars Ingenuity becomes first aircraft ever grounded on another...

This new Microsoft Excel feature is so obvious we...

Will These Trials of 2021 Make a Difference? (Podcast)

Trump Indictment for Jan. 6 Merited ‘Given What We...

Police are searching for a coyote after it attacked...

No fatalities after Navy chopper crashes in California desert

Opinion: How abortion became a war over geography