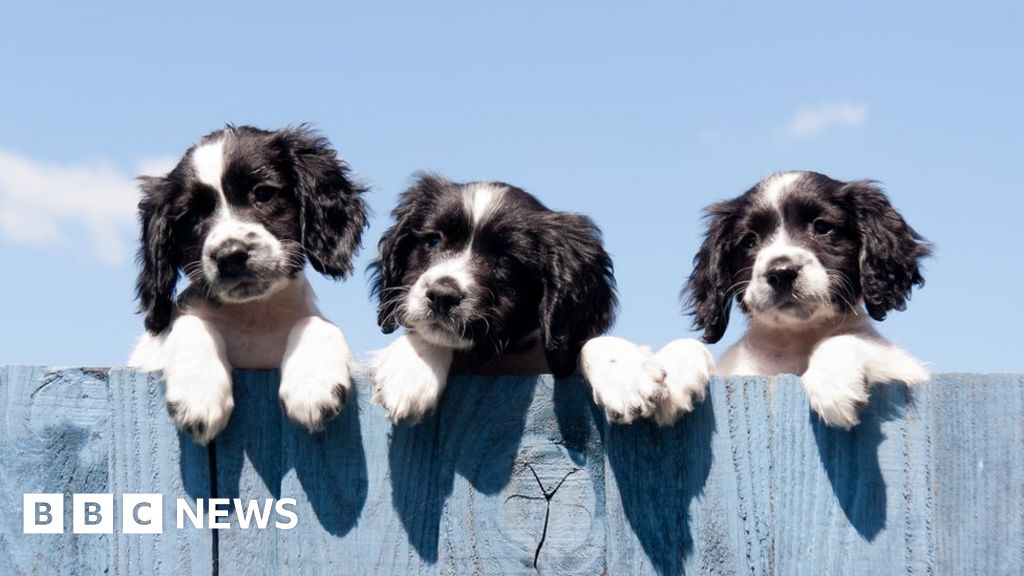 The growth in pet ownership during the Covid pandemic has continued with retailer Pets at Home forecasting record sales and profits.

The company said it had a “record Christmas” with strong growth in sales across its 445 UK stores and its 300 vet and grooming outlets.

Boss Peter Pritchard said the firm was on track to report “a record year of sales and profit growth”.

He told the BBC’s Today programme the company had served more pet owners than “ever before” in the 12-week period from 8 October to 30 December 2021.

“In the month of December alone we actually also groomed 90,000 dogs, 5,500 dogs on Christmas Eve alone, so it was a very busy Christmas for us,” said Mr Pritchard.

Pets at Home sells pet products and some small animals and fish.

It also provides grooming and veterinary services for cats and dogs, and people can subscribe to its Puppy & Kitten Club which offers discounts.

Mr Pritchard confirmed the lockdown-induced craze for buying pets showed no signs of abating, with the company’s retail arm welcoming 25,000 new customers a week and more than 9,000 new client registrations for its vet business.

“There a more pet owners than ever before,” he said.

In March 2021, the Pet Food Manufactures’ Association said a total of 3.2 million households in the UK had bought a new pet since the start of the pandemic.

Mr Pritchard said despite the cost of living reaching its highest level in 30 years, people were unlikely to spend less on their pets.

“I think history actually tells us one of the very last things customers do is cut back on their pets, they are much more likely to cut back on a holiday or a big discretionary purchase,” he told the BBC.

“Pets are very much part of the family. We expect given the fact there are more pets in the country than ever before we expect revenue to be and continue to be very strong this year.”

In its trading statement, Pets at Home said it was experiencing “a number of inflationary pressures” across its supply chain, and planned to mitigate them by seeking rent reductions at its shops and “operational efficiencies” across its business.

Mr Pritchard said he recognised customers were “under pressure”.

“We want to keep pet ownership really affordable for our customers,” he added.

Matt Britzman, equity analyst at Hargreaves Lansdown, said there was a continuing trend of “pet humanisation”, with owners “passing their own health and food principles on to their pets – even going as far as having their own social media following”.

“That’s more opportunity for those in the business of servicing – it’s often the more premium brands that cater for these specific needs, giving a welcomed leg up to sales and margins,” he said. Who is Harriet Hageman, the Trump-backed candidate running against Liz Cheney?

Twitter: Attrition up a bit, companywide layoffs not planned

Sam Elliot slams ‘The Power of the Dog’ as...

When MTG tells you to dial it down…

Tencent stock falls as Prosus/Naspers to sell shares to...

Thailand Is Short of 500,000 Foreign Workers After Government...

The women put on sale on Clubhouse for their...

Covid: WHO warns pandemic not over amid Europe case...

Looking to buy a new laptop for school? Don’t...

Johnson Says Major Fiscal Decisions Should Be for Next...

Native children’s remains to be moved from Army cemetery

Louisiana rapper killed in shooting in his hometown

AFCON 2021: Mane scores for Senegal before being forced off for concussion