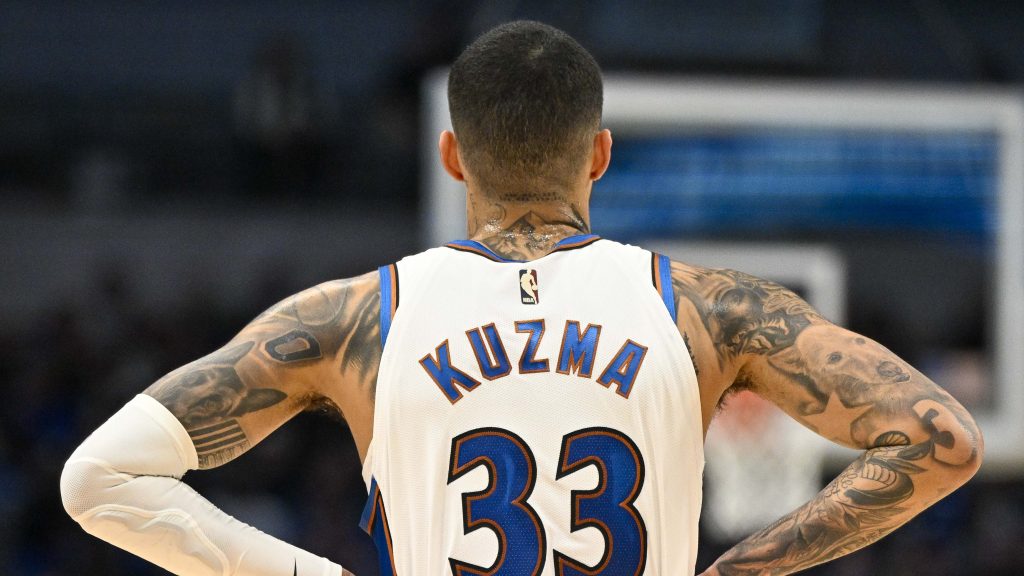 By now, the Washington Wizards’ Kyle Kuzma’s extremely long and large pink sweater from November 2021 has become a persistent meme in the NBA sphere. Back then, folks didn’t hold back from roasting Kuzma’s eccentric fashion taste with an outfit that seemingly made so little sense and, quite frankly, still doesn’t to this day.

A little over a year later, he may have finally one-upped himself.

Before Kuzma’s Wizards took on the Dallas Mavericks Tuesday night, the team showcased the forward’s latest style choice — a colorful wool ensemble (with a wool sheath over his head), light-teal corduroy pants, and some normal basketball shoes.

Describing Kuzma’s outfit in writing simply doesn’t do it justice:

I mean, c’mon, man. What’s the aim here? There’s no way Kuzma thought this looked good in a rational sense.

At least Kuzma backed up his weird fashion. He dropped 30 points in a tight-knit 127-126 win over Luka Doncic and the Mavericks. Whether Kuzma’s outfit actually inspired such a performance … well, I’d need to see more evidence first before I made any declarations. Krafton says it has invested over $100 million in...

Train drivers to go on strike on July 30

EU’s Borrell: visa ban for all Russians would lack...

Twitter is testing a ‘CC’ button that will let...

Connecticut family hosts parade for 6-year-old boy who was...

Trump Says You Can Declassify Something ‘Even by Thinking...

Canada sunsets its COVID Alert app based on the...

Celebrity birthdays for the week of May 8-14

The Nintendo Switch’s biggest failure is a massive opportunity...

France to Nationalize EDF Nuclear Giant to Ride Out...

Fourth union approves deal with railroads to get 24%...

The Scout Brand is Coming Back as a Rugged...

Prince Harry and Meghan navigate a tricky return to...

Americans are furious at the price of eggs skyrocketing by 137% and...
Speaker Kevin McCarthy vows to purge Trump foes Schiff and Swalwell from...