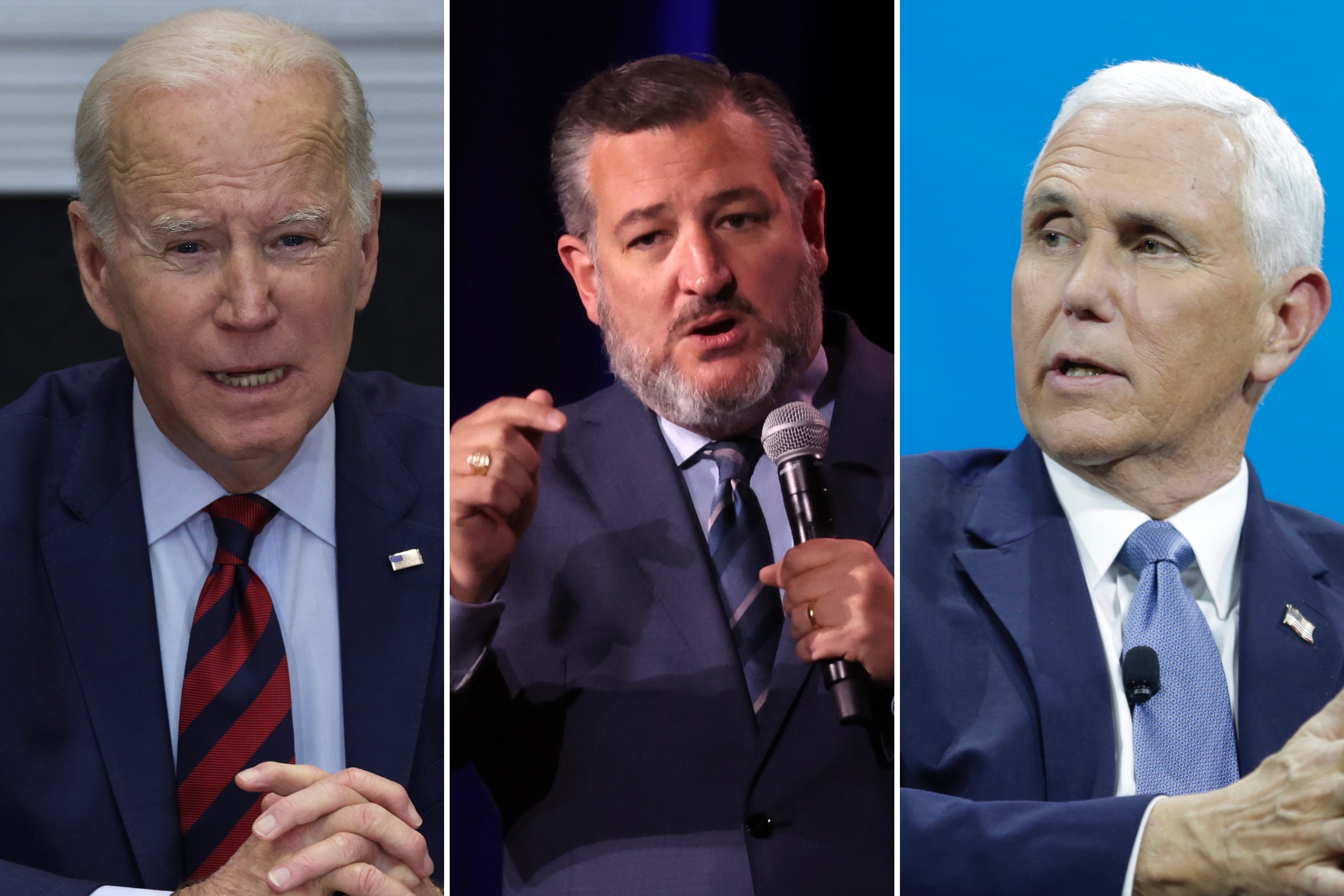 Cruz took aim at Biden during a Tuesday appearance on the Fox Business show Kudlow, suggesting that the president may be guilty of “major crimes” by keeping the documents and demanding that the FBI search the properties of his son Hunter to find more.

“If these classified materials in particular implicate Burisma, Ukraine, communist China, payments going to Hunter Biden or Joe Biden’s brother or the Biden family,” he continued. “Then this shifts from a political problem to a very serious problem of criminal liability and major crimes.”

Cruz was then asked about the Pence find. The senator protested that it was too “early” to pass similar judgement on the former vice president. He said that Pence was a “good friend” and insisted that his situation was “very different” from Biden’s, despite both men apparently keeping classified documents after serving as vice president.

“The Mike Pence story, it’s still early,” Cruz said. “You know, Mike Pence … he is a good friend, he’s a good man. He’s explained where these came from … That was a mistake, but there’s no reason to think this was anything but inadvertent.”

“That is very different from what Joe Biden has done,” he added. “Biden has given zero explanation how these classified documents got there. And in particular, he has given no explanation as to how he has documents from his time in the Senate.”

Cruz was called out for the comments on social media a short time later, with some accusing the Texas Republican of hypocrisy.

“Ted Cruz might as well say: There’s a big difference between Mike Pence and Joe Biden. I’d vote for Mike, but not for Joe,” tweeted author Grant Stern.

Shameless hypocrisy from Ted Cruz? Youre kidding me.

Last month, Cruz was mocked and accused of hypocrisy after lashing out at Biden for traveling to the Caribbean for a family vacation just after a massive winter storm hit the U.S.

Critics were quick to point out that Cruz faced backlash of his own after leaving Texas to vacation in Cancun, Mexico, while his home state was facing a brutal storm and widespread blackouts in 2021.

Despite calling for the FBI to raid Hunter Biden’s properties on Tuesday, Cruz previously argued that the FBI raid of former President Donald Trump’s Mar-a-Lago home in August was “corrupt & an abuse of power” by the Biden administration.

The raid of Trump’s home uncovered more than 100 classified documents. Attorney General Merrick Garland has appointed special counsels to investigate both the Trump and Biden document finds, with the fate of any potential investigation into Pence still to be determined.

Newsweek has reached out to the office of Cruz for comment.

Republicans call for DOJ to enforce law that would...

1 dead, over 20 injured in shooting at Arkansas...

Recommended Reading: The soccer insider who dominates the internet

As the world courts TSMC, Taiwan worries about losing...

Does Covid-19 Affect Periods? Researchers Close In on Answers

Singapore’s Restaurants and Bars Are Being Flooded With Reservations

Apple is building a Lockdown Mode to fend off...

Court: Long sentence for Black man who killed at...

The repair Budget to defuse a financial timebomb

Anne Heche “not expected to survive” injuries suffered in...

Cougar Omnes Essential headset review: not the prettiest but...

How to Digitize Old Photos With Your Phone

Dallas officers charged with assault for alleged actions in...

Who is ‘Bongbong’ Marcos Jr and why are some...

Sigfox, the French IoT startup that had raised more...

As expats fled China’s zero-COVID, this developer built a...

Migrante steps on the gas of vehicle leasing for...

England back Daly ruled out of Six Nations

Young detective dies after being shot in the line...

Drought threatens an Indigenous tribe’s farm in an isolated...

Japan man sets himself on fire in protest of...

The Papers: Johnson ‘fights for life’ and ‘stares down...

Scheffler, cool under pressure, closes in on Masters title...

The Powerball jackpot is nearing $2 billion after 40...

Young boy killed, mother injured in attack by pack of dogs in...

Commander in Chief of Staff