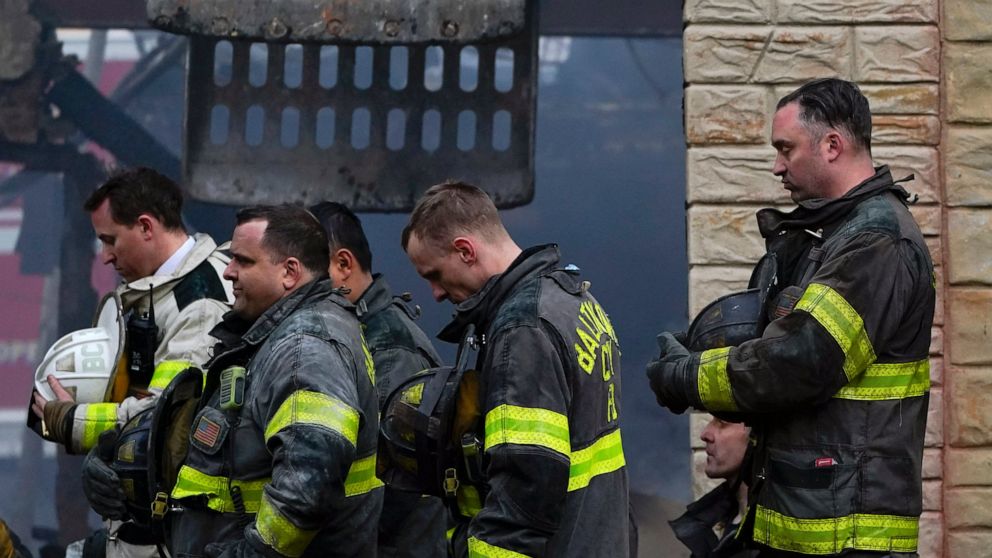 BALTIMORE — A Baltimore firefighter who survived the collapse of a burning vacant home that killed three colleagues was upgraded to fair condition Tuesday as his fire chief reported him to be conscious and alert.

Fire Chief Niles Ford said the four firefighters were battling the rowhome blaze early Monday when they became trapped in the partial collapse of the three-story building.

Crews removed piles of debris to reach the firefighters and EMT/Firefighter John McMaster was immediately pulled out and taken to a hospital, Ford said.

McMaster was originally listed in critical condition and on life support Monday night at Maryland Shock Trauma. But Ford said in a statement Tuesday that McMasters condition has been upgraded to fair as he is conscious and alert.

While he has a long way to go, I am incredibly optimistic, Ford said, adding he was praying for his recovery.

Maryland’s Gov. Larry Hogan tweeted afterward that McMaste’s improvement was a great relief amid so much heartbreak right now.”

Two other firefighters were pronounced dead at the hospital and another at the scene Monday. The fire chief identified those kiled as Lt. Paul Butrim, firefighter/paramedic Kelsey Sadler and EMT/firefighter Kenny Lacayo.

UK slaps new sanctions on Russia as invasion of...

Energy costs: Challenge for councils in Wales ‘cannot be...

ISIS leader in Syria killed in drone strike, US...

Ukraine war: Johnson says Putin would not have invaded,...

Sony Teams Up With Honda to Make Electric Vehicles

In a California town, a militia is welcomed by...

High court to weigh limits to EPA efforts on...

Queen’s funeral: The Lord Mayor of Westminster’s first ever...

One family’s wrenching decision to sell girl into marriage...

Shakira and her boyfriend Gerard Pique have separated

Behind the Nametag: Pursuing Passion with Disney Tech and...

Kerala: Meet the Indian woman who flaunts her moustache

Liz Truss Shouldn’t Mess With the Bank of England’s...

This new Sony soundbar offers 5.1 surround sound from a simple 2.1...