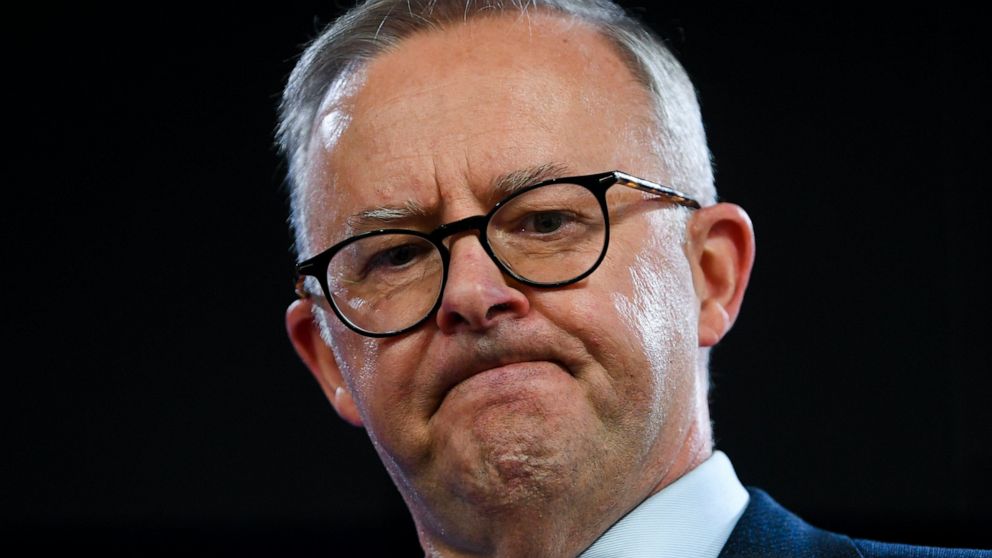 CANBERRA, Australia — The opposition leader in Australia said Tuesday its relationship with China will remain difficult even if his center-left Labor Party wins power at elections for the first time in almost a decade.

Anthony Albanese addressed the National Press Club in what is regarded as an unofficial launch of campaigning ahead of elections due by May.

Prime Minister Scott Morrison will address the club next week.

Albanese suggested Australias policy toward a more belligerent China would not divide the parties during the campaign.

I dont … blame the government and never have for the current circumstances, Albanese added.

Throughout Morrisons tenure, which began in 2018, Chinese ministers have refused to speak to their Australian counterparts while key Australian exports including coal, wine and barley have been disrupted.

Exporters have generally supported the governments willingness to risk angering China through policies such as calling for an independent investigation into the origins of the COVID-19 pandemic.

Albanese said a Labor government would deal with China in a mature way. Not by being provocative for the sake of it to make a domestic political point.

I dont argue that a change of government will simply change the relationship. Because thats just something that we have to deal with, Albanese said.

Albanese said the three pillars of a Labor governments foreign policy would be Australias alliance with the United States, engagement with regional partners and engagement in multilateral forums including the United Nations.

Albanese was critical of government cuts to aid spending in the Asia-Pacific region which had helped China increase its influence in the region.

It was very short sighted for this government to withdraw from aid in the Pacific in the way that they did, Albanese said.

If Australia and democratic nations withdraw, guess what? There are others who may want to fill that gap, he added. Judges who sent kids to for-profit jails ordered to...

Opinion: How we can fight the stigma around monkeypox...

Prince William and Kate Swim With Sharks During Belize...

Why the U.S. Can’t Count on Europe in Fighting...

Why do so many people dislike Mitch McConnell so...

Covid: Hospitals still under virus pressure, and some schools...

Lawsuit against Amazon filed in tornado swarm that left...

Met Police: Dame Cressida Dick says she has no...

Writer Hilary Mantel on why she’s leaving England and...

“Nothing Is Coincidence”: Kathie Lee Gifford Discusses Faith And...

Splatoon 3 confirms an essential change to one of...