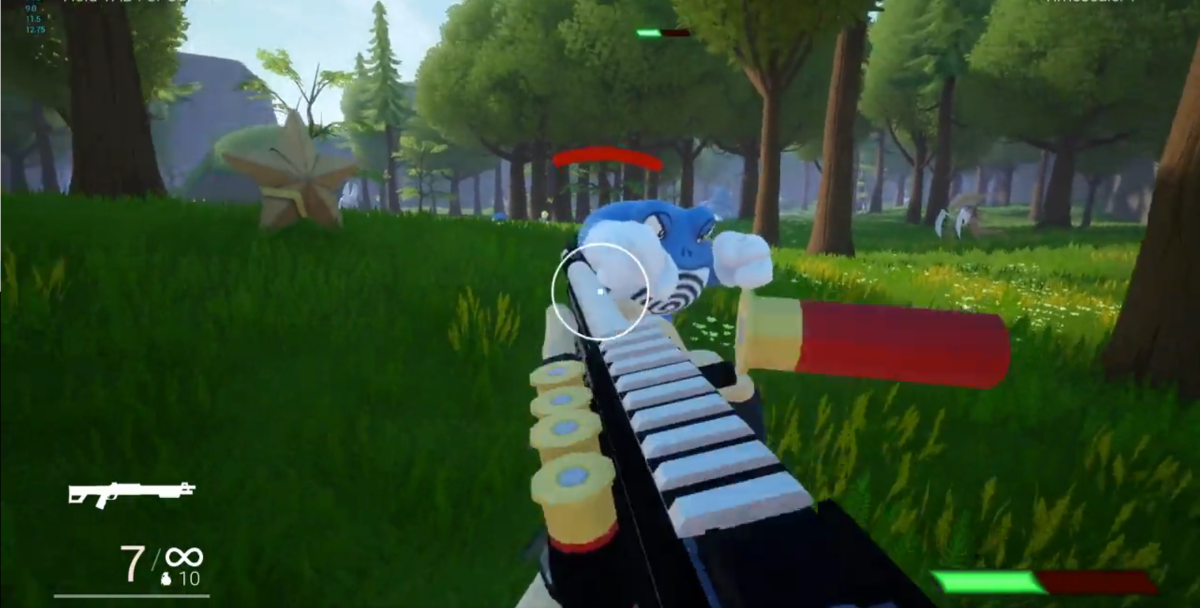 Nintendo has cracked down on A Pokemon fan game by pulling videos off social media platforms depicting the first-person shooter set in the same universe.

Twitter and Reddit user Dragon_GameDev2 decided to take on a game development challenge this year by creating a new game every month. The first project they were working on was a Pokemon FPS, which would have players running around a contained landscape, using cartoony but unmistakably real-looking weapons to shoot the creatures.

It’s jarring to see and feels more than a little crass, but it’s hard to deny it’s impressive looking for such a short development time (even if looking good does depict innocent pocket monsters being shot).

You can see footage of the game on Reddit on the initial post that showed off the side-project. It’s not particularly gory, but there are small blood splats and it’s somewhat jarring seeing Pokemon in a context like this.

Reddit seems to be one of the only places you can see the project on the internet still. Footage of the game has seemingly been disappearing across social media. If you go to Dragon_GameDev2’s Twitter, you will see all of the videos have been taken down because of a report by the copyright owner.

It would appear that Nintendo has stepped in to shut down any kind of promotion of the project.

The ethical considerations of Pokemon get more than a little dubious if you ponder them for especially long. That being said, Nintendo perhaps unsurprisingly seems to have taken umbrage at shooting its adorable characters in the face with a shotgun… which, in the grand scheme of things seems fair enough.

That being said, it seems likely this was just a goofy side-project and not meant to be sold as a serious game or developed into something much wider. The developer even admitted to only wanting to work on the project for the month.

That being the case, a contextless video of Pokemon getting shot, especially one that looked as convincing as this, could be mistaken as some edgy new Nintendo game by those not in the know. With that in mind, it makes sense why Nintendo would go after this.

The company has never been shy to get litigious either making this almost feel inevitable from the start. Nintendo has stepped into shutdown ROM and Emulator sites, as well as many fan projects like a remake of Mario 64, an original fan game called Pokemon Uranium, on top of an MMO Pokemon game called PokeNet.

It’s a shame the project has seemingly put out its last footage, but also, maybe better overall for the Pokemon brand that there wasn’t high-quality footage of Pokemon being violently killed.

No. 8 Notre Dame stunned by Marshall at home

Freedom for Ukraine, electrification for peace and prosperity

As Aaron Rodgers’ next offseason begins, we’re all waiting...

TikTok is a ‘massive surveillance’ tool for China, senators...

New Year’s resolutions: What to do if you already...

Kids are behind on routine immunizations. Covid vaccine hesitancy...

Rafael Nadal says injuries leave him in pain ‘every...

Give the gift of a cooler summer with the...

National Guard expects to miss its recruiting goals by...

IT managers think they have the right tech for...

Suspect charged with Idaho murders could be extradited as...

You Might Actually Get to Drive Audi’s EV Wagon...

At least 13 die in Bangladesh after tropical storm...

Where The Biden Administration Stands On Oil, Inflation &...

Democrats Retain Control of US Senate With Nevada Victory