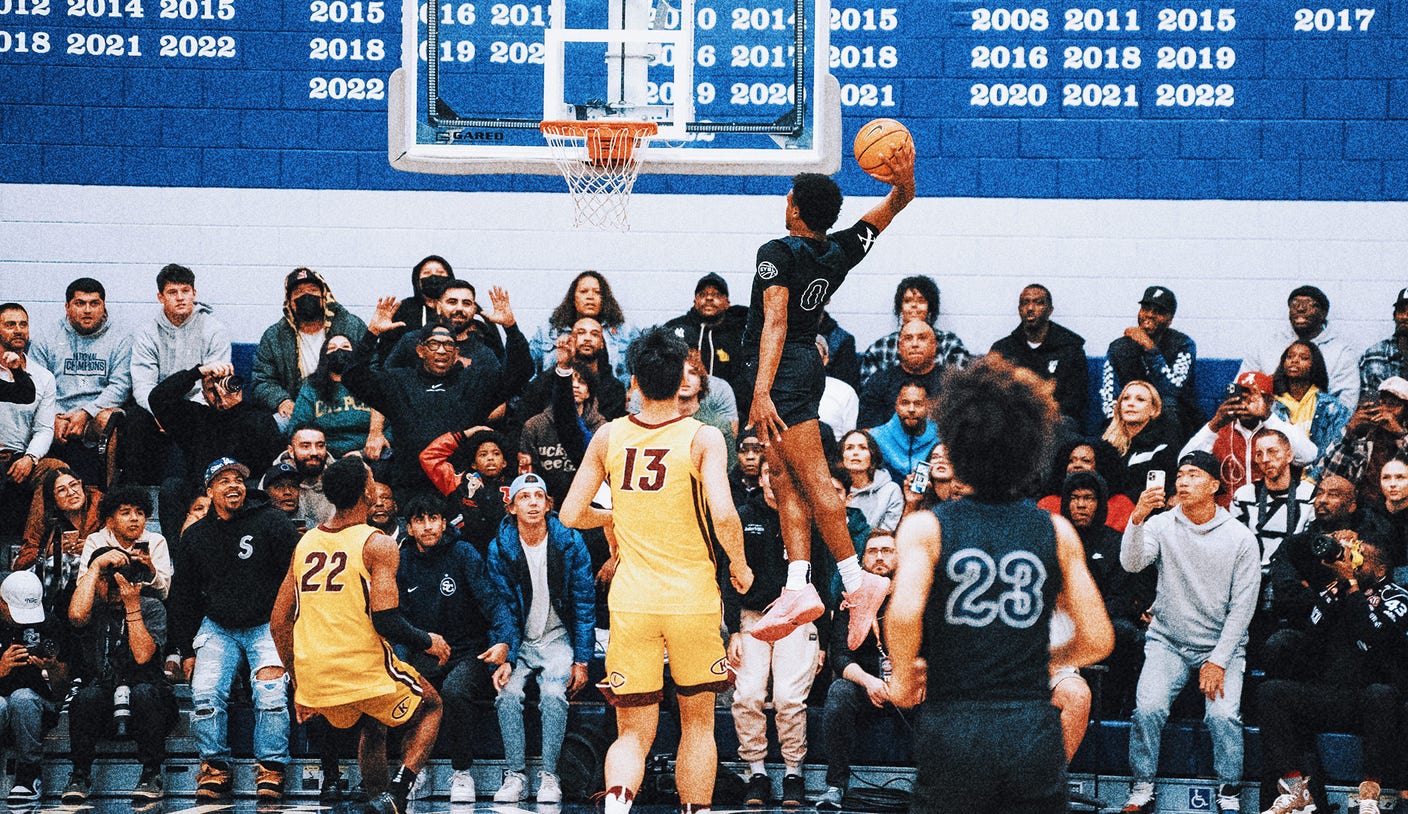 The next generation of basketball stars will take center stage on March 28 in Houston at the 46th annual McDonalds All-American Game.

The high school showcase game is headlined by Bronny James, the son of Los Angeles Lakers superstar LeBron James, who is the only uncommitted player selected to play in the game. James, who plays at Sierra Canyon High School (California), is the No. 33-ranked prospect in the 2023 class, per 247Sports.com composite rankings.

Kentucky, which has the top-ranked class in the nation per 247Sports.com, has four signees selected to play in the game, highlighted by No. 2-ranked prospect Justin Edwards, No. 3 DJ Wagner and No. 4 Aaron Bradshaw. Reed Sheppard, who is the No. 30 prospect in the nation and the top player from the state of Kentucky, rounds out the four Wildcat signees.

Duke has the second-ranked class in the nation and has three players represented in the McDonalds All-American Game. Mackenzie Mgbako (No. 8) is the top-ranked Blue Devil commit playing in the game. He is joined by Sean Stewart (No. 13) and Jared McCain (No. 15).

Both Michigan State and Oregon each have two signees playing in the game.

As for conference representation, the SEC leads the way with six participants, while the Big 12 and Pac-12 each have five.

Here are the rosters for the East and West teams: Apple wants to make it quicker to roll out...

Explosions, gunfire at a military base near Mali’s capital

Facebook’s Ray-Ban Stories can now record up to 60...

Xiaomi 12S Ultra has a Leica camera with a...

Transcript: What Extreme Weather Events Are Doing to Global...

Move over Netflix, Disney Plus will be the home...

Internet Drags Boss for Changing Schedules on a Whim:...

Twitter says it will relax ban on political advertising

Number of executions continued to fall this year; many...

Everything You Know About Calories Just Might Be Wrong

China Suspends Some Visas for South Koreans in Retaliatory...

Zoom will now let you live stream your boring...

Nab free AirPods when you buy a MacBook in...

Is it a tech bubble? Stock prices and start-up...

There’s nothing to it

Woman arrested in high-speed crash that killed 5 in...

Judges back release of DOJ memo on prosecution…

IBM says it will have thousands of quantum computers...

EU plans hydrogen deal with Namibia as it pulls...

Even in down season, Aaron Rodgers shows he still...

Biden refuses to back down on Build Back Better,...

Eight storms down, one to go.

In Russia’s Ukraine plans, how much does the mud...

Loaded with top QBs and big-name coaches, is Pac-12 on the rise?