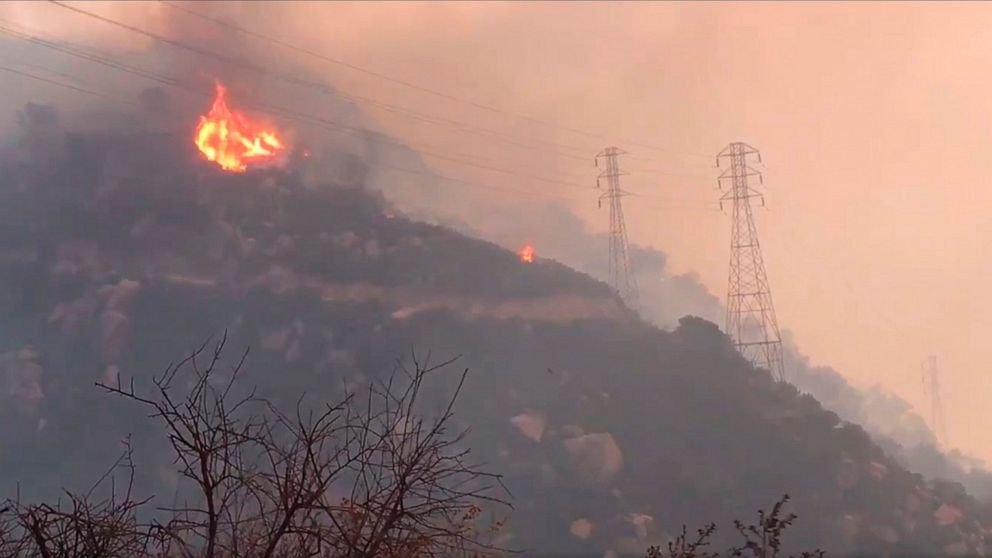 SAN FRANCISCO — Pacific Gas & Electric is poised to emerge from five years of criminal probation, despite worries that nations largest utility remains too dangerous to trust after years of devastation from wildfires ignited by its outdated equipment and neglectful management.

The probation, set to expire at midnight Tuesday, was supposed to rehabilitate PG&E after its 2016 conviction for six felony crimes from a 2010 explosion triggered by its natural gas lines that blew up a San Bruno neighborhood and killed eight people.

Instead, PG&E became an even more destructive force. Since 2017 the utility has been blamed for more than 30 wildfires that wiped out more than 23,000 homes and businesses and killed more than 100 people.

In these five years, PG&E has gone on a crime spree and will emerge from probation as a continuing menace to California, U.S. District Judge William Alsup wrote in a report reviewing his oversight of the utility.

While on probation, PG&E pleaded guilty to 84 felony counts of involuntary manslaughter for a 2018 wildfire that wiped out the town of Paradise, about 170 miles (275 kilometers) northeast of San Francisco. Now PG&E faces more criminal charges in two separate cases, for a Sonoma County wildfire in 2019 and a Shasta County fire in 2020. PG&E has denied any criminal wrongdoing in those fires.

During its probation, PG&E also plunged into bankruptcy for the second time in less than 20 years. Before emerging from bankruptcy last year, PG&E reached settlements of more than $25.5 billion, including $13.5 billion earmarked for wildfire victims that may fall short of doling out the amount initially promised.

PG&E’s conduct prompted its court-appointed monitor, Mark Filip, to raise alarms about the utility’s wildfire prevention efforts, though he applauded the sustained and substantial” improvements in its natural gas operations.

We doubt anyone would seriously contend PG&Es performance has been adequate, or that substantial improvement is not still imperative, Filip’s team wrote in a report filed with Alsup late last year.

PG&E, a 117-year-old company, generates about $20 billion in revenue annually while serving a 70,000-square-mile (181,300-square-kilometer) service area in the northern and central part of California that includes farmland, forests, big cities and the world’s technology hub in Silicon Valley.

Alsup, who repeatedly excoriated PG&E during its probation, last year signaled he was interested in keeping the utility under his watch. But he dropped the idea earlier this month after the U.S. Attorney’s Office filed documents saying it didn’t plan to seek an extension of PG&E’s probation, citing the unique history and circumstances of the case.

We have tried hard to rehabilitate PG&E, Alsup wrote in his final report. As the supervising district judge, however, I must acknowledge failure.

Alsup declined an interview request from The Associated Press to elaborate on his concerns about PG&E.

Catherine Sandoval, an energy professor at Santa Clara University and a former California power regulator, believes Alsup was far too hard on himself, although she agrees PG&E hasn’t proven it should be freed from supervision. She blames federal prosecutors for backing off an attempt to extend PG&E’s probation because there appears to be no binding case law on this point, according to the U.S. attorney’s report.

If there was ever a test case for whether a company’s probation can be extended, PG&E is it, Sandoval asserted during an interview. She also unsuccessfully fought to hold a hearing to extend the utility’s probation in 58-page brief filed with Alsup earlier this month.

While acknowledging its problems, PG&E claimed in a report to the judge that its electricity grid is fundamentally safer now than in January 2017. It also defended the roughly 40,000 employees and contractors who maintain its operations.

Vilifying them and threatening to criminalize the exercise of professional judgment or the making of honest mistakes serves neither safety nor fairness, and instead severely detracts from PG&Es efforts to bring the skills of the best and brightest to bear on stopping wildfires, PG&E lawyers wrote. We are all in this together.

As signs of its progress, PG&E cited the more than 3.3 million trees near its equipment that were either trimmed or removed in the past two years.

The utility says it now spends $1.4 billion annually to trim or remove trees, up from $400 million annually in 2017. But Alsup estimated PG&E still has a seven-year backlog of high-risk trees that need trimming or removal.

The company also cited a sweeping overhaul of its board and management, including bringing in Patricia Poppe as its new CEO last year. Poppe, a former Michigan utility executive, became PG&E’s fifth CEO in five years, part of an unusually high turnover rate that the company’s federal monitor said makes reform more difficult.

We know there is more to do, PG&E’s lawyers told Alsup in their final probationary report. These are not just words on a page or a poster, they are a commitment to make it right and make Californians safe.

PG&E declined further comment about the end of its probation.

Sandoval, who was among the regulators overseeing PG&E as a commissioner for the California Public Utilities Commission from 2011 to 2017, accused PG&E officials of being mired in a pattern of cognitive immaturity and lazy thinking that should require its executives and board to submit to counseling.

PG&E, the corporation, needs the training an individual criminal defendant would have received in prison to break the cycle of criminal thinking that endangers public safety, Sandoval wrote in her in brief to Alsup.

The federal monitor cautioned that in PG&Es service territory, the consequences of a single misstep a missed hazard tree, the failure to replace corroded hardware on power lines can be death and destruction. Can this app help to keep women safe on...

Why India could single-handedly shape the future of e-commerce...

Ukraine: Lysychansk is a battle lost, not the war...

Top Cruise and ‘Top Gun: Maverick’ touch down in...

A melting glacier, an imperiled city and one farmer’s...

‘We’re in danger if the bus driver doesn’t let...

Murdoch plan that would rejoin News Corp and Fox...

Grilled vegetable salad from a BBQ legend: Try the...

Trump gets attention for saying he lost election

Google wants to help businesses make sure your package...

Truss campaign has shown she’s out of touch –...

This judge is one of the last U.S. allies...