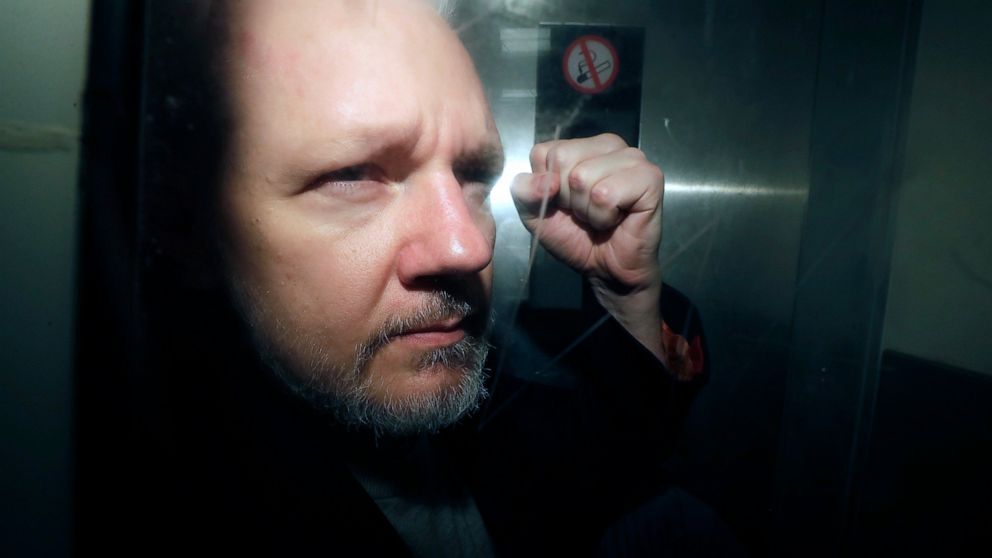 LONDON — Britains High Court is set to rule Monday on whether WikiLeaks founder Julian Assange can take his fight against U.S. extradition to the U.K. Supreme Court.

The decision is the latest step in Assanges long battle to avoid being sent to the United States to face espionage charges over WikiLeaks publication of classified documents more than a decade ago.

Just over a year ago, a district court judge in London rejected a U.S. extradition request on the grounds that Assange was likely to kill himself if held under harsh U.S. prison conditions.

U.S. authorities later provided assurances that the WikiLeaks founder would not face the severely restrictive conditions that his lawyers said would put his physical and mental health at risk.

They said the U.S. promises were solemn undertakings, offered by one government to another, which will bind all officials and prosecutors who will deal with the relevant aspects of Mr. Assanges case now and in the future.

Assanges lawyers say those promises cant be trusted, and have sought permission to appeal to Britains highest court. They argue that the U.S. governments pledge that Assange wont be subjected to extreme conditions is meaningless because it is conditional and could be changed at the discretion of American authorities.

Nick Vamos, a partner at Peters & Peters solicitors in London and a former head of extradition at Britains Crown Prosecution Service, said it was unlikely that the appeal would be granted. Assange can only take the case to the Supreme Court if the High Court rules that there are matters of general public importance to consider.

Even if the High Court justices reject that argument, the long-running legal saga is unlikely to end immediately. Assange still has other routes of appeal against the extradition decision open to him.

Assange, 50, has been held at the high-security Belmarsh Prison in London since 2019, when he was arrested for skipping bail during a separate legal battle. Before that, he spent seven years holed up inside Ecuadors Embassy in London. Assange sought protection in the embassy in 2012 to avoid extradition to Sweden to face allegations of rape and sexual assault.

Sweden dropped the sex crimes investigations in November 2019 because so much time had elapsed.

Lawyers for Assange argue that their client shouldnt have been charged because he was acting as a journalist and is protected by the First Amendment of the U.S. Constitution that guarantees freedom of the press. They say the documents he published exposed U.S. military wrongdoing in Iraq and Afghanistan. Multiple explosions have rocked the eastern Ukrainian city of...

Police: 12 hostages freed at bank in country of...

UN: ‘Extreme lack of food’ for many in Ethiopia’s...

Waive Pharma’s Vaccine Rights? What That Would Mean: QuickTake

Choice is the American way

Beijing returns to work after 5-day break on high...

Investors, pump up your pipeline at TechCrunch Disrupt

Your Evening Briefing: Russia Says It Will Focus On...

Australia to send armored vehicles to Ukraine after request

Elon Musk tells Twitter employees he wants to be...

Iain Macwhirter to leave The Herald after offensive tweet

Ireland women to embark on historic Pakistan tour in...

Hardest Part of Summer Vacation Is Finding Someone to...

Celebrity birthdays for the week of Nov. 13-19

Cheaper rent, more room, and a chance to ‘establish...

“This is what a loophole looks like,” says vet...

‘All of Us Are Dead,’ Netflix Teases K-Drama With...