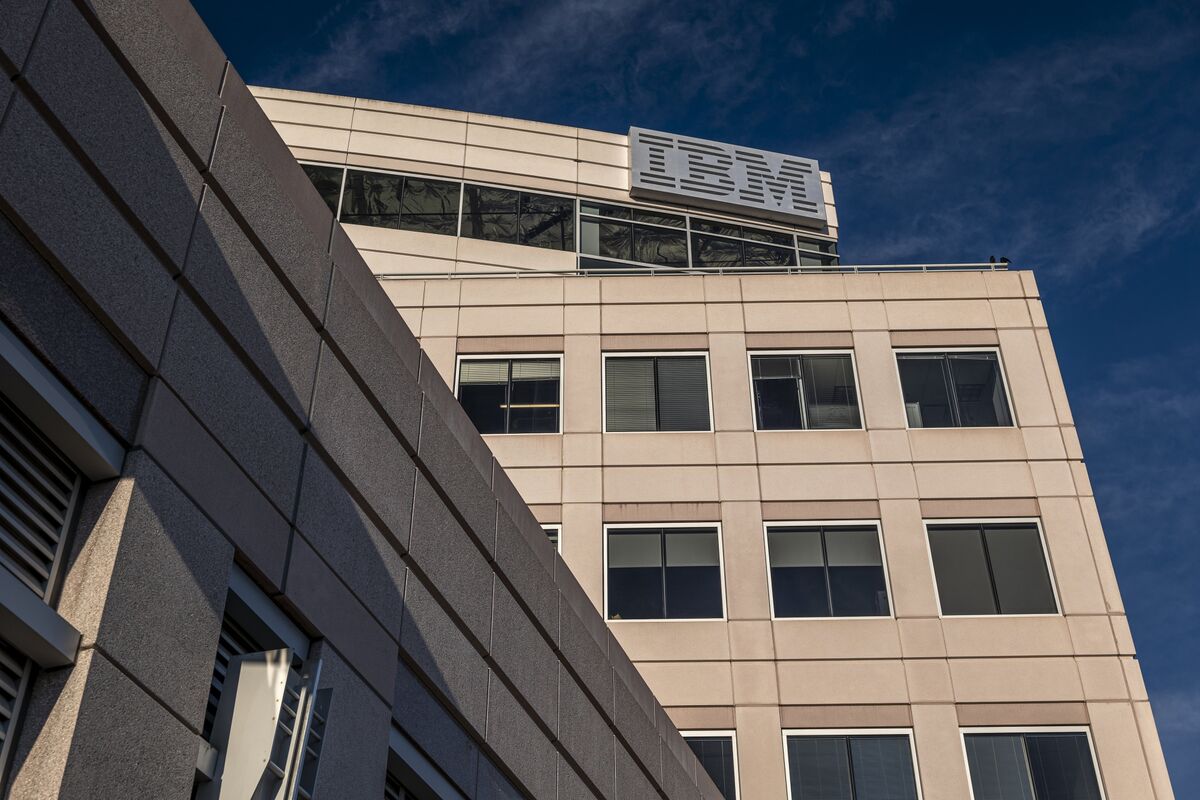 Sales rose 6.5% to $16.7 billion in the three months ending Dec. 31, the Armonk, New York-based technology company said Monday in a

statement. It was the biggest increase in at least 10 years. Analysts were expecting $16 billion, on average, according to data compiled by Bloomberg. The stock jumped as much as 7.5% in extended trading before giving up much of the gains.

This is the start of the new IBM and perspective on what we look like going forward, Chief Financial Officer Jim Kavanaugh said in an interview. We saw a very healthy acceleration in cloud and consulting which are key growth areas.

IBMs software unit, the biggest business group, grew 8.2% to $7.3 billion. The consulting unit, formerly known as Global Business Services, reported $4.7 billion in revenue, a 13% increase compared with the year prior.

The results were the first since IBM completed the spinoff of a large portion of its legacy infrastructure services unit in November into a new company called Kyndryl, which includes service operations like managing client data centers and traditional information-technology support. The divestment marked IBMs

Hybrid-cloud revenue grew 16% to $6.2 billion, led by Red Hat sales which increased 19% during the quarter.

Krishnas strategy to steer IBM, which traditionally focused on mainframe computers and information-technology services, into the fast-growing cloud-computing market helped revive sales after years of stagnant revenue growth. However, even as companies shift more of their operations to the internet, IBM faces competition in cloud services from giants like

Amazon.com Inc. IBM is seeking to distinguish itself from its bigger rivals in cloud by offering a hybrid model, which assists clients in storing and computing data across on-premises infrastructure, private cloud services and servers run by public providers.

In the past, IBM benefited from systems not being able to integrate easily, but the cloud has changed that, said Morningstar analyst Julie Bhusal Sharma. The pandemic spurred companies to start migrating workloads to the cloud and since theyre doing the switch anyway, theyre going for best-in-class providers.

Even before assuming the role of CEO at the height of the pandemic, Krishna played a key role in developing IBMs hybrid-cloud strategy and oversaw the $33 billion

acquisition of Red Hat. This month, IBM sold a part of its

Regarding any other major changes to the companys structure post-Kyndryl, Krishna said IBM has done a lot of the heavy lifting we need and I feel we have the right portfolio.

IBM forecast mid-single digit revenue growth in 2022 plus a boost from incremental sales to Kyndryl of about 3%. Their guidance points to growth of about 7% to 8%, which is not bad for them, said Bloomberg Intelligence analyst Anurag Rana. Still, they are going to run into tough comparisons in the second half of the year.

(Updates with comments from CEO in the 10th paragraph.)

Prince William to meet US President Joe Biden ahead of climate... Prince William to meet US President Joe Biden ahead of climate...

What the early vote numbers tell us

EXPLAINER: 2 men in Gov. Whitmer plot could be...

Bills punt for the first time this season, and...

‘There’s a lot of anxiety,’ as suspects in Saskatchewan...

A look at how the NFL schedule is created

Dems whether the wait for SCOTUS pick

The Pixel 6’s Magic Eraser tool is causing the...

Who is Indy 500 winner Marcus Ericsson?

Anti-abortion rights activist says GOP should be leaning into...

‘Crying CEO’ says he loves his employees—even those he...

How Patriots won despite Mac Jones’ struggles; is Garrett...

Wimbledon: Britain’s Andy Murray knocked out in second round...

A modern-day David vs. Goliath

This hair dryer that leaves your locks shiny is...

Shanghai to Lock Down Half City in Turns for...

Former Google CEO says US well behind China in...

Commentary: Queen Elizabeth’s epic reign, and why the monarchy...

Schumer to submit text for new Medicare proposal, in...

Prostitutes in the Temple

Is the U.S. doing enough in supporting Ukraine’s defense...

Maverick Buyers Offloading Thousands of Civics, RAV4s for Their...