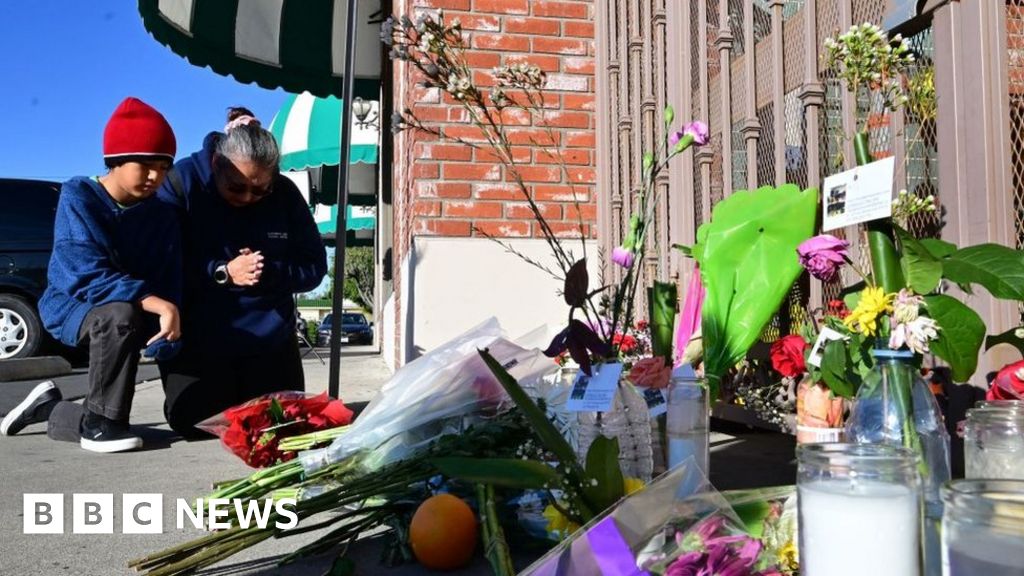 Two of the victims slain in the deadly shooting in California’s Monterey Park have been identified by coroners.

Eleven people were killed in the shooting on Saturday, which also left nine people wounded at a dance studio.

The victims so far identified were women aged 63 and 65. The other victims include two women and five men, all in their 50s, 60s or 70s.

The suspected gunman was later found dead by police in a vehicle. Police have not revealed a motive.

Here’s what we know about the victims.

Among the victims so far identified is My Nhan, a 65-year-old whose family members described her as a regular at the Monterey Park dance studio where the incident took place.

A family statement posted to Twitter by journalist Tiffany Liou – whose husband was Ms Nhan’s nephew – said that her death is “still sinking in”.

“She spent so many years going to the dance studio in Monterey Park on weekends,” the statement said. “It’s what she loved to do.

“But unfairly, Saturday was her last dance.”

The family’s statement also noted that Ms Nhan – who they affectionately called “MyMy” – was the first person killed in the shooting.

The other victim so far identified by the coroner’s office was Lilan Li, 63. No further details about Ms Li were immediately available.

The LA Times has identified one of the other victims as Ming Wei Ma, a former student who helped manage the dance studio.

On Facebook, dance instructor Lauren Woods said that Mr Ma was a key fixture of the studio.

“He was so adorable to me and I could tell he was the heart of Star Ballroom,” Ms Woods said. “So many dancers, teachers and organizers were connected with Ma and I personally will miss him dearly.”

On Monday morning, a small trickle of mourners were at the studio to pay their respects.

By mid-morning, several bouquets, candles, and other tributes had accumulated in front of a gate. One bundle of roses came with a note: “Victims and families, you are in our prayers.”

One woman slowly approached the memorial and knelt down for a moment of silence, before placing a yellow bouquet of flowers on the pavement.

Jovita and Alfonso Matematico simply left whispered prayers for the victims. The married couple, both Catholics, had driven to Monterey Park from downtown Los Angeles to pay their respects.

Another mourner, 41-year-old Baptist pastor Meko Seto, told the BBC that the community has been left devastated by the shooting.

“People were said, they were afraid,” he said, recalling a flurry of texts he’d received. “A lot of our church members are from Monterey Park. They were shocked.”

“We’re mourning,” Mr Seto said. “We never thought this would happen, in a million years.”

Logan Paul on teaming up with brother Jake in...

Is the UK’s Leveling Up Plan Just a Slogan?

Texas Archdiocese calls for unity after what authorities call...

Bees Ejaculating Themselves to Death in Heat Waves: Viral...

What Is Khachapuri? Georgian Cheese Boat Gets a Fast...

A Duffy Family Wedding: The Joys And Stress

PlayStation DualSense controllers are up to 21 percent off...

SPACs Emerge as Safety Play for Creditors Wary of...

A Brand-New Twist Will Change The Challenge: USA Eliminations

How Long Does Covid Immunity Last? Here’s What Scientists...

Russia and Iran in full defence partnership – US

Drip aims to provide thrill of live commerce to...

The Morning After: Google and iFixit collaborate on parts...

Gastroparesis: Wolverhampton woman living off biscuits due to rare...

Musk warned he ‘can’t cut his way to growth’...