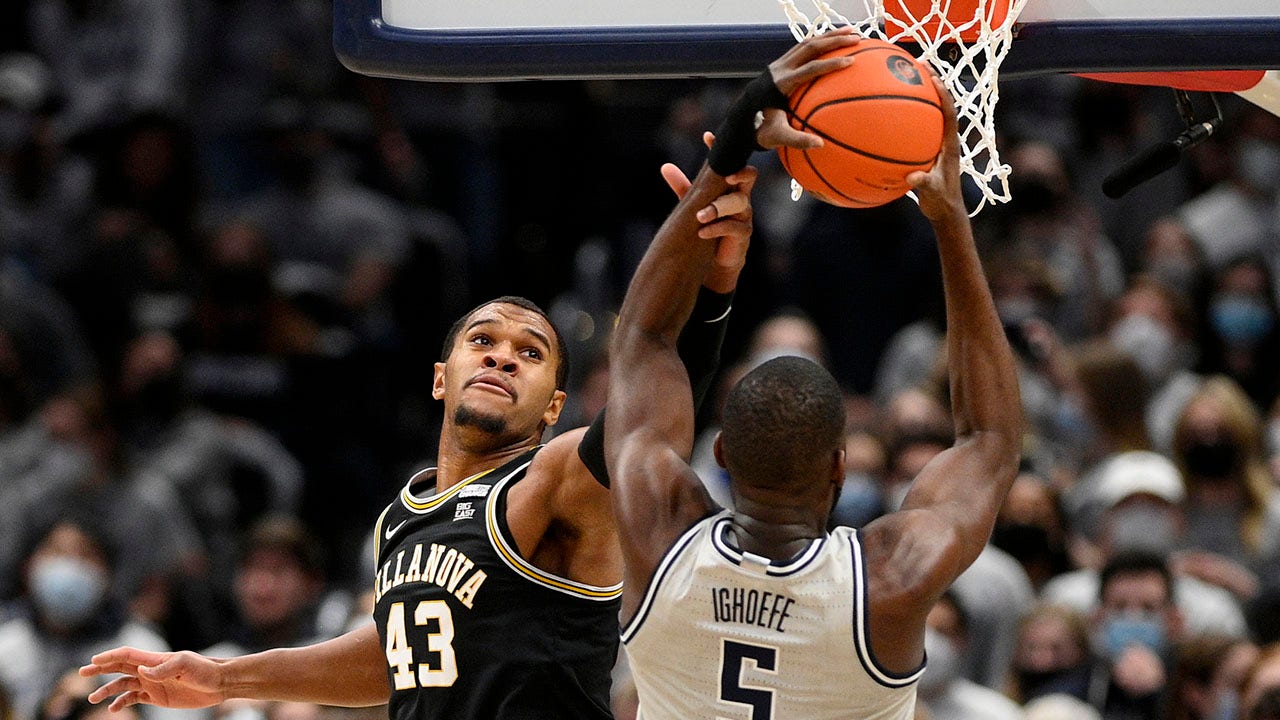 Gillespie connected on 6 of 9 3-pointers, including four in the second half. Villanova erased an eight-point, second-half deficit to continue its dominance over Georgetown. The Wildcats (14-5, 7-2 Big East) have won five of six over the Hoyas and 17 of the last 20.

“I was just playing off my jump shot, taking what I saw,” Gillespie said. “We dont care if it looks good or its ugly, we are going to make those plays.”

Gillespie finished two points shy of matching his career-high 30, which came against Georgetown on Feb. 3, 2019.

Jermaine Samuels had 18 points for Villanova, which avoided back-to-back losses after dropping a rare home game to Marquette on Wednesday. The Wildcats shot 53.6 % from the field and made all 16 free throws.

“Good road victoryIm proud of our guys,” Wright said after his Wildcats improved to 4-1 on the road in the Big East. “If you can win on the road, youve done something special.”

Georgetown led 47-39 a few minutes into the second half after a Holloway 3-pointer. Villanova used a 9-0 run to regain the lead and then led most of the way. Aminu Mohammed added 13 points for Georgetown.

“Its disappointing that we let this one slip away,” said Georgetown coach Patrick Ewing. “We were right there.”

Villanova last trailed after a Holloway layup with 10:43 left put the Hoyas up 56-55. Gillespie nailed two of his 3-pointers on back-to-back possessions and Georgetown never got closer than three the rest of the way.

Villanova: The Wildcats responded after their rare home loss to keep pace just behind Providence at the top of the Big East standings. Villanova last lost consecutive conference games in the 2019-20 season when they dropped three in a row to Creighton, Butler and Seton Hall in early February 2020.

Georgetown: The Hoyas are in danger of posting a second losing record in the last three seasons under Ewing. In his fifth season back at the school he led to the 1984 National Championship, Ewing has just one winning season at Georgetown and fell to 68-69 all-time.

Georgetown: The Hoyas play at No. 25 UConn on Tuesday night. The Huskies swept Georgetown last season.

EXPLAINER: Why Finland, Sweden joining NATO will be big...

Ukraine war: One Russian’s anti-war protest on the side...

Majority of current-gen GPUs now selling at or below...

The White House is freaked out that Putin’s next...

Bobsleigh-Trinidad & Tobago’s unlikely duo rush to get up...

Afghanistan women ordered by Taliban to cover up head-to-toe...

Daniel Lam on the Markets (Radio)

Zelensky pleads for peace with Russia in televised address

Casio has launched two more sports watches made from...

Woman who livestreamed US Capitol attack sentenced to 45...

Ukraine conflict: Protests against invasion by Russia held in...

US producer prices climbed 10% in February from a...

The travel photo project that aims to change the...

One of the best Google Chrome features is getting...