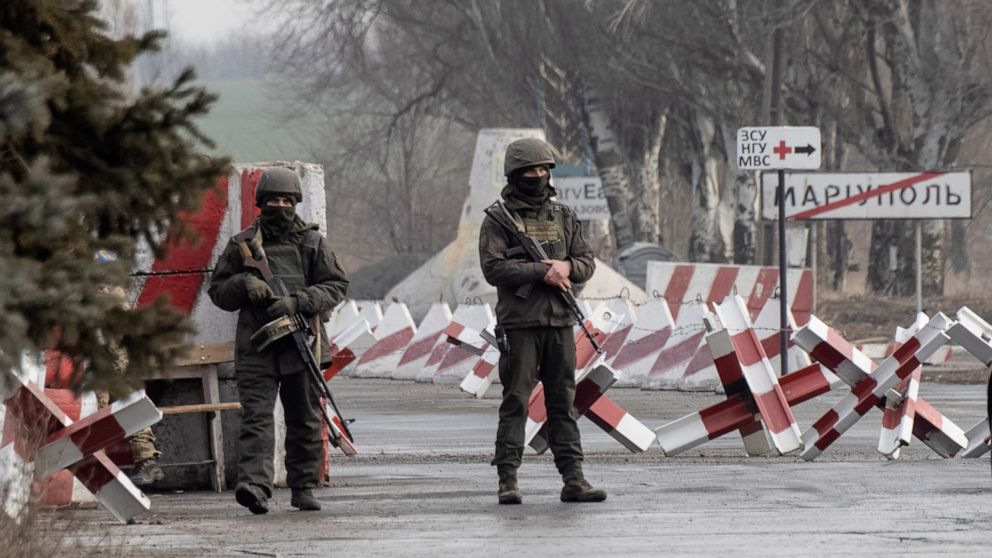 HELSINKI — The Baltic nations of Estonia, Latvia and Lithuania will send U.S.-made anti-tank and anti-aircraft missiles to Ukraine in a move that Washington says it is fully endorsing amid Kyivs escalating tensions with Russia

U.S. Secretary of State Antony Blinken said in a tweet posted on Saturday that Washington saluted the three NATO nations and former Soviet republics for their longstanding support to Ukraine.

I expedited and authorized and we fully endorse transfers of defensive equipment @NATO Allies Estonia Latvia Lithuania are providing to Ukraine to strengthen its ability to defend itself against Russias unprovoked and irresponsible aggression, Blinken said in another tweet.

Dmitry Peskov, spokesperson for Russian President Vladimir Putin, earlier this week described western arms supplies to Ukraine as extremely dangerous and said they do nothing to reduce tensions.

Moscow has massed tens of thousands of troops at the border with Ukraine, leading to fears of an invasion. The West has rejected Moscow’s main demands promises from NATO that Ukraine will never be added as a member, that no alliance weapons will be deployed near Russian borders, and that it will pull back its forces from Central and Eastern Europe.

A meeting Friday between Blinken and Russian Foreign Minister Sergey Lavrov ended with no breakthrough.

In a joint statement published late Friday, the defense ministers of the three Baltic states said they stand united in our commitment to Ukraines sovereignty and territorial integrity in face of continued Russian aggression.

They said Estonia would provide Ukraine with Javelin anti-tank weapons while Latvia and Lithuania were sending Stinger anti-aircraft missiles and other related equipment to bolster Kyivs defensive military capabilities.

Today Ukraine is at the forefront of separating Europe from the military conflict with Russia. Let´s face it the war in Ukraine is ongoing and it is important to support Ukraine in every way we can so that they can resist the aggressor, Minister of Defense of Estonia Kalle Laanet said.

It wasnt immediately clear when the weapons and equipment would be sent to Ukraine.

In a separate development, Estonia is seeking Germanys approval to send Soviet-made howitzers, which once belonged to East Germany, to Ukraine. Estonia acquired the howitzers from non-NATO member Finland, which in turn had bought them from Germany’s military surplus supply in the 1990s.

The German government said Friday that it was considering Estonias request to pass the howitzers on to Ukraine but gave no timeline for a decision. Berlin said it planned to coordinate the issue with Finland, which has received a similar approval request from Estonia.

Some recent media reports suggested German Chancellor Olaf Scholzs Cabinet has blocked Estonias transfer of weapons to Kyiv, pointing to strains in the Wests response to the Ukraine crisis. Apple requires employees to work out of its offices...

Railway workers in Austria to strike Monday in pay...

Behind the Scenes with FOX NFL Crew: Truckin’ through...

Americans keep getting reinfected with COVID-19 as new variants...

OPEC+ Agrees on Another Gradual Oil-Production Hike for March

Another railroad union just rejected its contract, and it...

Russia dismisses British claim that Moscow is trying to...

Hill leaders strike deal on nearly $40B in Ukraine...

Twitter will add an ‘official’ badge to high-profile accounts...

Russia warns U.S. against “pressure” as Brittney Griner back...

FBI failures before the Capitol siege avoided the Jan....

A single question changed how Singularity viewed its market...

“Where the Crawdads Sing”: Bringing a bestselling phenomenon to...

Ashes: Ex-England players, pundits and fans react to another...

Dr. Oz Pennsylvania Roots Not Deep Enough for Most...

Hungary’s Orban tells CPAC: “We need to coordinate the...

Medvedev Wins Over Aussie Crowd in Win Over Dutch Opponent