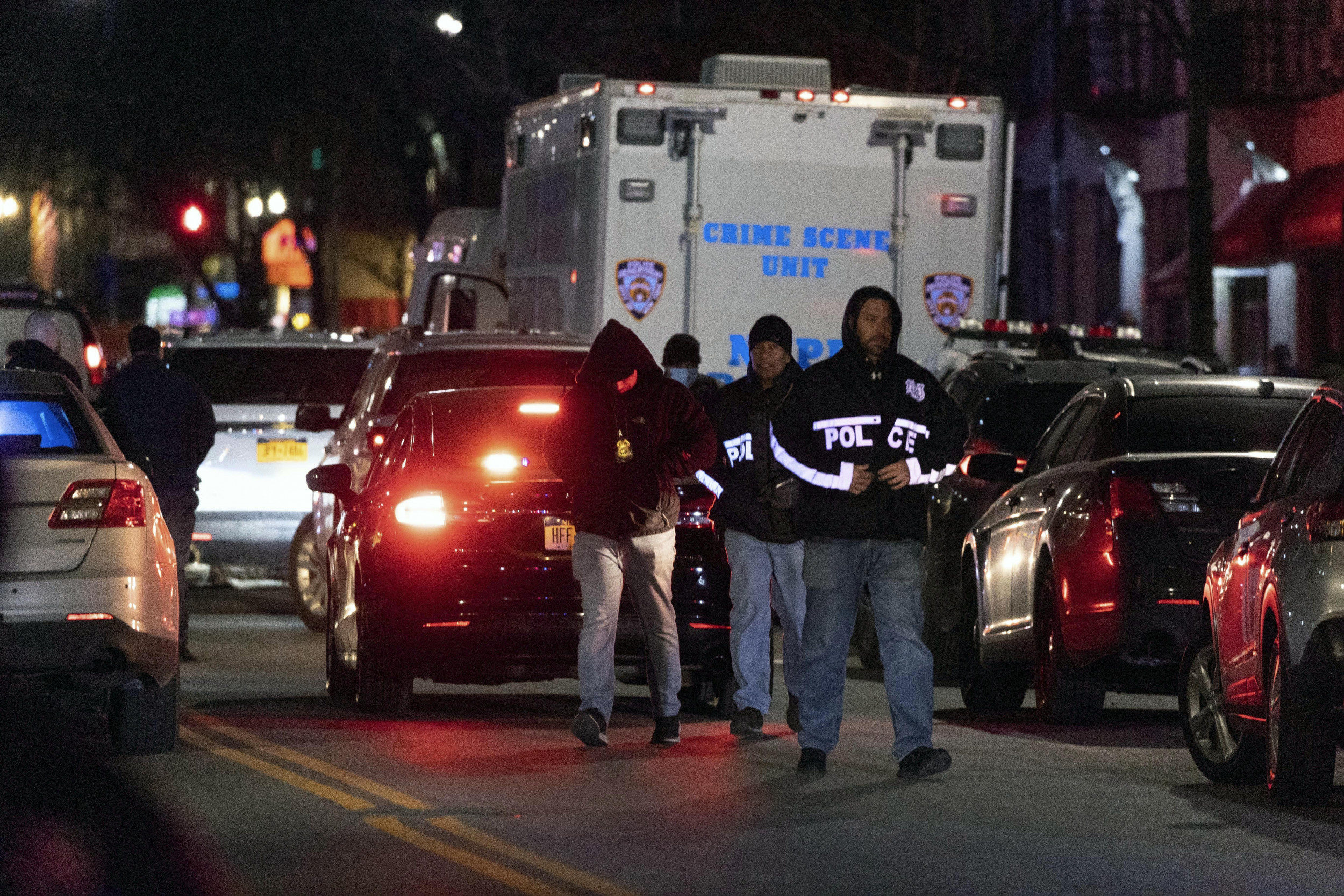 The New York City Police Department paid tribute to an officer who was killed in the line of duty during a domestic disturbance.

Officer Jason Rivera, 22, who had joined the NYPD in 2020, died after he was fatally shot when responding to a call in the Harlem neighborhood of Manhattan on Friday.

The NYPD said the shooting took place at around 6:15 p.m. ET Friday on W. 135th Street near Malcolm X Boulevard.

Rivera and his partner, Wilber Mora, 27, were struck when a suspect who police identified as Lashawn McNeil, 47, started firing from inside a bedroom.

Police said that Mora, who has been with the NYPD for four years, is gravely injured and remains in hospital.

“Tonight, we mourn the loss of a hero officer—a son, husband, and friend,” the NYPD said in a tweet.

“Only 22 years old, Police Officer Jason Rivera was murdered in the line of duty. We vow to #NeverForget Jason as his fellow Finest vow to honor his tremendous legacy of service & the ultimate sacrifice.”

After he opened fire, a third police officer shot McNeil, who remains in a critical condition.

NYPD Chief of Detectives James Essig told a news conference the firearm used in the shooting was a Glock 45 with a high-capacity magazine that holds up to 40 additional rounds. The gun was stolen in Baltimore back in 2017.

New York Police Department released an image of Jason Rivera, 22, who was fatally shot during a domestic disturbance call out on January 22, 2022. Another officer remains critically injured after the incident.NYPD

The NYPD is working with the Joint Firearms Task Force and the Bureau of Alcohol, Tobacco, Firearms and Explosives to trace the gun further.

“We have four times this month rushed to the scene of NYPD officers shot by violent criminals in possession of deadly, illegal guns,” Sewell said.

Meanwhile, New York City Mayor Eric Adams, a former police officer, said from Harlem Hospital where the officers were taken to that “it is our city against the killers.”

“Let me be clear, there are no gun manufacturers in New York City. How are we removing thousands of guns off the street and they still find a way into New York City in the hands of people who are killers?” Adams said.

NYPD officers gathered in support at the hospital, Reuters reported.

Rep. Hakeem Jeffries (D-NY), whose district includes areas from Brooklyn and Queens, tweeted: “Deeply saddened by the tragic killing of an NYPD officer in Harlem. Our City is in mourning.

“Praying hard for the officer who is battling for his life and the heartbroken family members who have been left behind.”

NYPD officers investigate the scene of a shooting in Harlem on Friday, Jan. 21, 2022, in New York. A New York Police Department officer was killed and another gravely injured after responding to a domestic disturbance call. Yuki Iwamura/Associated Press

British man found with ancient shards in Iraq to...

Chasm Between Covid Zero Holdouts and Rest of World...

WHO calls on Pfizer to make its COVID pill...

This Is Us creator explains how he filmed finale...

Why I didn’t use my real name at work

Exploring the changes in policing one year after the...

Apple will let businesses host secret apps on the...

Ukraine: From Bad to Worse?

Pete Hegseth on Biden’s plummeting poll numbers: ‘They got...

Turkey and U.S. will coordinate response to Ukraine war,...

Asian shares advance on back of rally on Wall...

Beijing on alert after COVID-19 cases discovered in school

Covid: Vulnerable to get autumn booster and PM awaits...

Covid: Self-isolation laws to end in England, and Australia...

Gutfeld: Wasn’t Biden supposed to be the calm after...

UK’s opposition Labour Party believes it has won in...