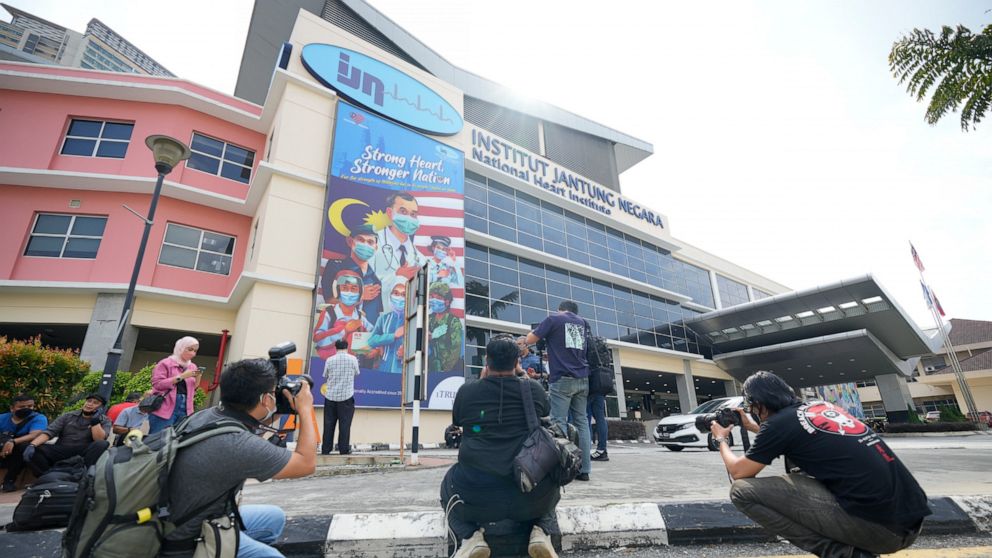 KUALA LUMPUR, Malaysia — Former Malaysian Prime Minister Mahathir Mohamad, 96, was hospitalized for the third time in just over a month, his spokesperson said Saturday, sparking concerns over his health.

The two-time former premier, once the world’s oldest leader, has been admitted at the cardiac care unit of the National Heart Institute, said the spokesperson, who requested anonymity due to the sensitivity of the case. He said a statement will be issued later Saturday.

A large group of reporters were gathered outside the hospital waiting for updates.

Mahathir underwent an elective medical procedure at the same hospital on Jan. 7 and was discharged six days later. Last month, he was admitted for a full medical checkup” and observation.

He has had two coronary bypass surgeries but was still robust and sharp witted. He led the opposition to a historic election victory in 2018 that was hailed for ousting a corrupt government in the first peaceful transfer of power since Malaysia’s independence in 1957.

Mahathir became the world’s oldest leader at 92 for a second stint but that triumph lasted only 22 months as his government collapsed due to infighting. But that didn’t stop him, and Mahathir formed a new ethnic Malay party in 2020 to oppose the new leadership. German beer sales down again in 2021 as pandemic...

Credit Suisse chair resigns after investigation into travel during...

French teachers go on strike over handling of pandemic

‘Multiple’ dogs may have been sickened by rat-transmitted illness:...

Nations agree to release 60M barrels of oil amid...

Omicron is not the most common virus spreading in...

USS Clamagore submarine will be destroyed and recycled, museum...

The Race to Rescue Ukraine’s Power Grid From Russia

Traders Face Up to Reality as Nasdaq 100 Profit...

Italy’s Sergio Mattarella sworn in for a second term

Japanese, Vietnamese leaders reject use of force in Ukraine

Bill Murray is no stranger to bad behavior on...

They met on Valentine’s Day while hiking in the...

From Washington: Former President Trump’s Pull On The Primaries

Queen Elizabeth II struggled privately with divorces of her...