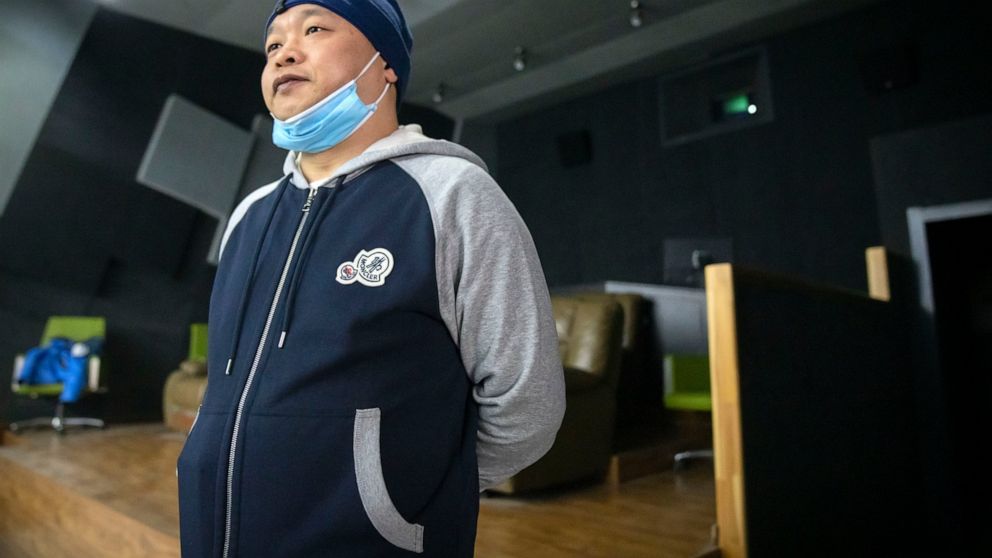 BEIJING — The homeless, the sick, the elderly: For people who fell through the cracks of the official system, the then-unprecedented decision to isolate the central Chinese city of Wuhan and its 13 million people was a matter of life or death.

Film director Lan Bo hopes to sound the alarm with a documentary, Wuhan, I Am Here, about volunteers who helped neighbors get food and medical care following the lockdown in early 2020 of the city where the coronavirus pandemic began.

The documentary comes as China has renewed similar lockdowns in three other cities since mid-December to contain COVID-19 outbreaks. The number of people confined to their homes totaled some 20 million people in early January.

The government’s decision to commandeer Wuhan’s hospitals to treat COVID-19 patients meant many people with other problems were turned away.

The film begins with a woman in tears outside a hospital that wouldn’t admit her husband for treatment of lung cancer. Volunteers secured a bed for him by talking with a Beijing hospital and working medical connections.

Other families struggled to get treatment for children with severe conditions.

At that time, medical resources focused on COVID-19 patients, so it wasnt their turn to be treated, said Lan.

Those who needed dialysis, those who had cancer and AIDS patients who needed medicine, said Lan. In addition, patients in critical condition and needed to be hospitalized what were they going to do? We were all thinking about these questions.

The government sent truckloads of food daily to apartment compounds. But elderly people who couldn’t leave their homes and the homeless relied on volunteers to get food for them.

Lan chronicles the hurdles volunteers encountered. They needed permits to drive in different areas of Wuhan. They were stopped by local officials who said they lacked permission to distribute food and other supplies.

The lockdown of Wuhan, which spread to other Chinese cities, was later imitated by some Asian and Western governments as the virus spread.

The National Health Commission has reported a total of 4,636 fatalities and none since early 2021 out of 105,484 confirmed cases.

In the latest lockdown, most access to Xi’an in the west and its 13 million people was suspended in mid-December.

The city government has been criticized for food shortages and the severity of anti-disease measures imposed under pressure from Beijing to bring down case numbers.

A pregnant woman suffered a miscarriage after being turned away from a hospital, reportedly for lacking current COVID-19 test results.

Xi’an failed to learn from Wuhan about the importance of volunteers, Lan said.

Especially the pandemic in Xian, what I saw is the governments neglect of civilian forces, which resulted in the lack of adequate treatment at the grassroots level, Lan said.

Why was Wuhan able to get through this?” Lan said. “I think in addition to our country and the governments huge input into resources, it was also because of the contributions of the tens of thousands of volunteers that worked in obscurity.

Lan has applied for government approval to release the Wuhan, I Am Here in China. It was screened at the Yamagata International Documentary Film Festival in Japan last year.

Under a lockdown, it is this kind of daily life that sometimes determines the life and death of a person and determines the destiny of the person, Lan said.

Fall color is peaking in the mountains and expanding...

The Uplift: A podcasting priest and a little Prince

Jesse Watters: Al Gore is a climate ‘grifter’ and...

Farewell, Queen of the Skies

Arctic Front And Tornados For Christmas As Texas Power...

Highland Park attack: What we know about the 4th...

Ex-lawyer gets 3 years in prison for litigation funding...

Fathers & Sons, Baseball, and The Field of Dreams...

Pope cancels trip to Congo and South Sudan due...

Hitting the Books: How Moderna dialed-in its vaccine to...

Wind is wild card in fires burning in New...

Volunteer at TC Sessions: Climate and earn a free...

Pope calls on Putin to end ‘spiral of violence...

This new Windows botnet could drain your crypto wallet

Why MAGA Without Trump Could Deliver Landslides to Republicans...

Barclays suspends market making in its own debt after...

Your Weekend Reading: Nobody Knows Where the US Economy...

These were the fastest internet providers in the US...

Apple’s second-gen AirPods fall back to $100

Ginni Thomas Is Not A Liar

Neill Blomkamp: Why I am making video game Off...

A super-rare orange lobster named Cheddar was saved from...

Capture Your Moment Coming Soon to All Walt Disney...

Extra: The American Stuck In Russian Prison… That You...

Joe Rogan: Podcast star apologises over past use of...

Startups, if your CEO isn’t running your fundraising, you’re...