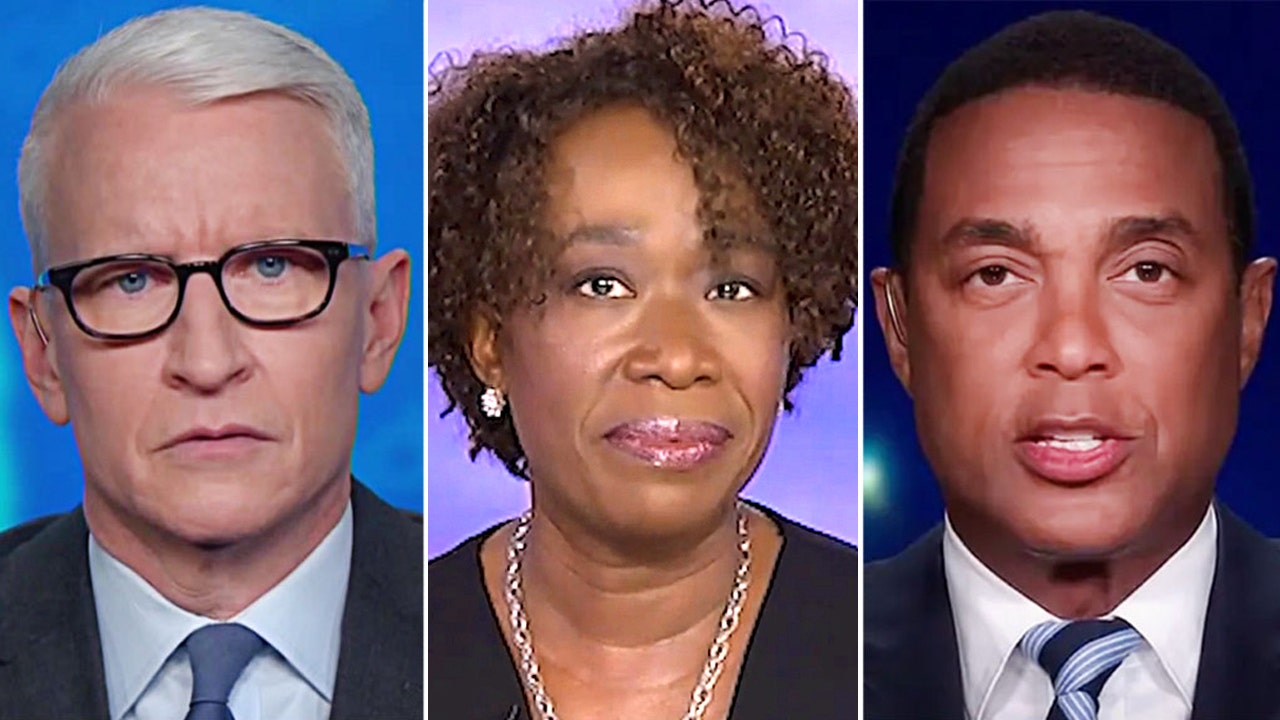 Some of the biggest stars on CNN and MSNBC peddled the debunked narrative alleging Supreme Court Justices Neil Gorsuch and Sonia Sotomayor were feuding over masks.

The liberal media went wild on Tuesday after NPR published a report claiming that Sotomayor was working remotely because of Gorsuch’s refusal to wear a mask despite all the justices having been asked by Chief Justice John Roberts to do so due to Sotomayor having diabetes, making her vulnerable to COVID.

MSNBC star Joy Reid told viewers Tuesday that Gorsuch “loves COVID which makes him the perfect Republican” and thinks “very little” of pandemic precautions, calling him a “rotten co-worker, dangerous to be near during the pandemic and tonight’s absolute worst.”

CNN anchor Anderson Cooper took a swipe at Gorsuch, noting that the associate justice who “recently wrote a book decrying the lack of civility in the country.” He then spoke with CNN correspondent Ariane de Vogue, who said she confirmed NPR’s reporting though she acknowledged she did not know what Roberts did with Sotomayor’s voiced concern about unmasked colleagues.

Cooper read an excerpt from Gorsuch’s book “If You Can Keep It,” which he wrote in part, “to be worthy of our freedoms, we all have to adopt civic habits that enable others to enjoy them too.” The anchor called it “interesting,” suggesting Gorsuch was guilty of being a civility hypocrite.

CNN’s Don Lemon later reported on the “COVID mask controversy” at the Supreme Court as reported by his network.

CNN’s Kasie Hunt asked “What’s up with Justice Gorsuch?” adding “If all the other- including all the other conservative justices on the Supreme Court are willing to go along with this, why not him?”

Nina Totenberg at NPR headquarters in Washington, D.C., May 21, 2019. (photo by Allison Shelley)

It wasn’t until later that Gorsuch and Sotomayor issued a joint statement declaring the report “false,” which was followed by another statement from Roberts also debunking the story.

MSNBC’s “Morning Joe” and “Deadline: White House” provided updates to their viewers with the three justices’ statements on Thursday after they initially ran with NPR’s report.

CNN anchor John King, who did not previously report on NPR’s story, reported on the statements rebuking NPR.

However, neither King’s CNN colleagues in the morning nor primetime have provided any update to their viewers, according to Grabien transcripts. MSNBC’s Reid and Hayes similarly have avoided any coverage of the fabricated controversy since Tuesday.

Meanwhile, Fox News’ Shannon Bream set the story straight ahead of the justices, appearing on Tuesday’s “Special Report” and saying that NPR was “not accurate,” according to a source, adding there was never a request by Roberts for everyone to wear masks, Sotomayor never made such a request to Gorsuch and Gorsuch never refused to wear a mask.

NPR repeatedly defended its report both after the Gorsuch-Sotomayor statement and the Roberts statement, telling Fox News it was standing by Totenberg’s report.

Totenberg doubled down on her reporting, writing in a follow-up article, “What is incontrovertible is that all the justices have at once started wearing masksexcept Gorsuch. Meanwhile, Justice Sotomayor has stayed out of the courtroom. Instead, she has participated remotely in the court’s arguments and the justices’ weekly conference, where they discuss the cases and vote on them.”

NPR public editor Kelly McBride admitted on Thursday that Totenberg’s report “merits clarification,” saying her use of the word “asked” when reporting that Roberts had asked his colleagues to wear masks was “misleading,” saying that the word “suggesting” would have been more accurate.

The veteran NPR journalist dismissed McBrides criticism herself in an interview with the Daily Beast.

“She can write any goddamn thing she wants, whether or not I think its true shes not clarifying anything,” Totenberg said

Totenberg did not immediately respond to a request for comment from Fox News Digital.

TikTok teens film clip at side of motorway

Biden doubles down on legal fight over abortion rights

Chelsea: Who are the potential bidders before Friday’s sale...

Mom Killed by Boyfriend After He Says He Mistook...

This Blog Has A Guerrilla Comments Section

“Who was protecting my mom?” Families call for the...

Who Really Rattles the Nuclear Saber?

Instacart Plus delivery service lets you add a buddy...

Jurgen Klopp: Liverpool manager says he is committed to...

Netflix is not yet considering live sports — but...

Joe Mixon DOMINATES with five touchdowns against the Panthers

Hannity: Despite what he says, Joe Biden’s ‘pathetic, feckless, weakness’...

Florida may be “last oasis” for abortion in the...

Zelensky: ‘We must prepare’ for Russia to use nuclear...

US-backed Syrian Kurds to turn to Damascus if Turkey...

Colorado to become the first state to accept crypto...

Why the Decisive Force in Australia’s Election Will Be...

Samsung in Talks to Hike Chipmaking Prices by Up...

Running up that hill: Munro-bagging dogs Hugo and Spencer

Amber Heard is ‘looking forward to finally telling her...