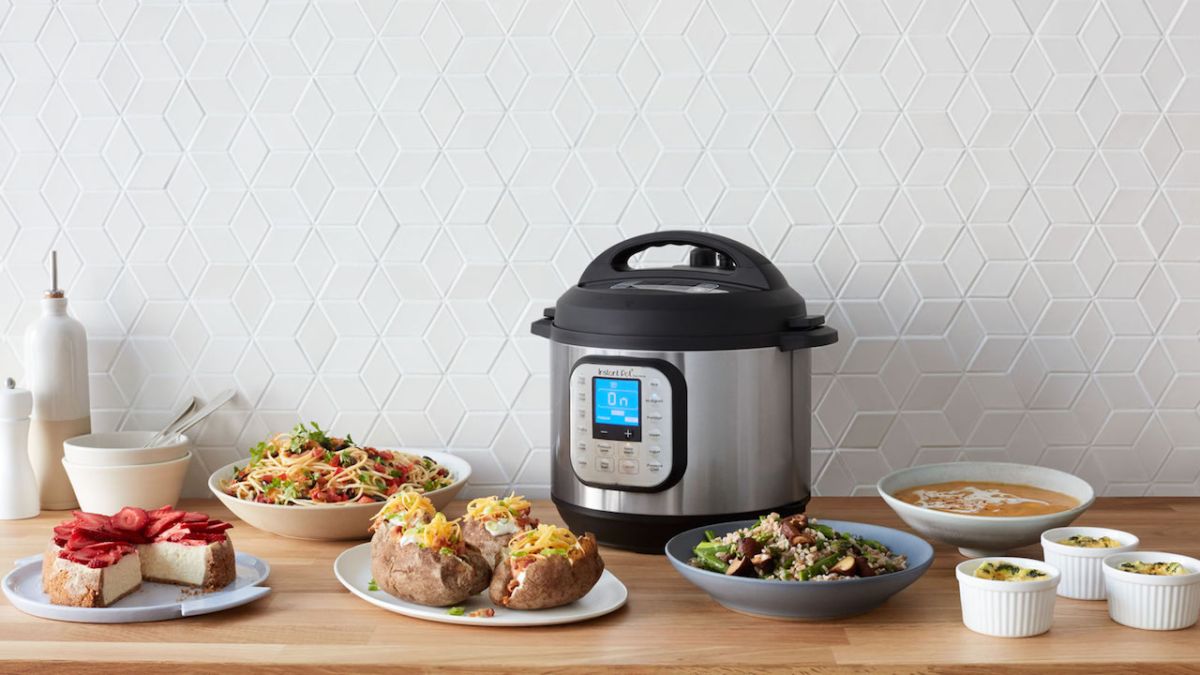 Since the first Instant Pot was released in 2010, we’ve seen this multipurpose countertop appliance continue to grow in popularity and become a worldwide success. Instant Pot is one of the better known multi-cooker brands, but in recent years rival multi-cookers from brands like Ninja and Breville , which is known as Sage in the UK, have become hot competition and regularly feature in ourbest Instant Pot

But if you’ve never come across one, you might still be wondering exactly what an Instant Pot is and how it works. In short, an Instant Pot is an appliance that offers a multitude of different cooking methods in one space-saving kitchen gadget, hence the broader term multicooker.

As well as replacing several different gadgets in your kitchen, it can also speed up cooking times too, which means you can impress friends and family without spending hours slaving over a hot stove.

Read on to find out just how Instant Pots work, or if you want to get your hands on one of the best multicookers right now, check out these great deals for some of the best prices on the market.

What cooking methods does an Instant Pot offer?

Depending on the model you buy it could replace a slow cooker, pressure cooker, yogurt maker, rice cooker, steamer, sterilizer, and even a sous vide. So there’s really no limit to the type of foods and meals that can be made in this appliance. Think tender meat falling off the bone in a sumptuous stew, a comforting curry or perfectly steamed vegetables.

A more recent multi-cooker innovation is the addition of air fry capabilities, which can add broiling/ grilling, roasting and air frying to the already wide range of cooking methods. With these models, you can create perfectly crisp fries, roast a chicken and even bake cookies. As you’d expect, they’re more expensive, plus they often require a secondary lid to perform the extra functions.

Most multi-cookers offer a sauté setting so you can soften onions or brown meat in the pot before going on to cook with another method like pressure cook or slow cook. It ensures all the mess remains in the pot and reduces the amount of dishwashing at the end.

Other common functions include keep warm settings that’ll automatically keep your meal warm at the end of cooking, as well as timers to delay the start of cooking so you can ensure your delicious creation is ready right after you get home from work, just in time to feed your hungry crowd.

On top of the many functions, you’ll often find numerous presets for various foods and meals such as egg, rice, stew or soup. These presets have predefined time and temperature settings to take the guesswork out of cooking popular foods. Multi-cookers come in varying sizes, around 6 quart/ 6 liter is fairly standard pot capacity but for batch cooking and larger households they go up to around 8 quart/ 8 liter, but even the larger ones don’t take up too much space on your counter.

So how does an Instant Pot work?

Instant Pots and other brands of multicooker all work in a similar way. The main unit houses a heating element in the base and this will heat up to various temperatures depending on which function is selected. A removable metal pot contains the food during cooking so it doesn’t come into contact with the base or element and being removable makes it much easier to clean.

For slow cooking, the element will maintain a low temperature for long periods of time and cook foods just like a regular slow cooker. Yogurt-making functions and sous vide work in a similar way.

Pressure cooking is a bit more complicated and relies on the lid which utilizes a rubber sealing ring to seal in the pressure when the lid is locked. When pressure cooking, the base element quickly heats the food and water in the cooking pot and locks in the steam so that pressure builds. Pressure sensors monitor the pressure and keep it at the optimum level for safety.

Cooking food under pressure is much faster than boiling on the stove. At the end of cooking, in-built safety features mean the steam has to be released before the lid will unlock. Steam is released via a valve in the lid and this can be done fast, by moving the valve or flicking a switch to the vented position. Some multicookers even have automatic settings for steam release, for a completely hands-off approach.

Alternatively, the steam will release naturally over time, this is a longer process and the food will continue to cook until the steam is released and the lid is opened. A float valve on the lid indicates whether it’s still pressurized.

For multicookers that can replace an air fryer, there’s often an additional lid required, although Ninja has recently launched models that are capable of all the functions without switching to a secondary lid. But whether it’s a separate lid or the same one, they work in much the same way as a standard air fryer, by using a powerful element and fan. These work in conjunction to create fast, even heat that’s very efficient at dry cooking methods like air fry, roast, and broil/ grill. And can be used to create perfect crunchy fries, roast beef, or just to heat up some frozen chicken nuggets.

They usually come with an air fry basket which allows the air to circulate around the food for optimum crisping.  And if you’re just cooking small portions of frozen foods, instead of preheating your whole oven you can save energy by using the air fry function in a multicooker, as there’s no need to preheat and it’ll often cook the food quicker.

If you’re new to multi cookers, they can seem a bit daunting at first, but the more you cook with it, the more you’ll see the value in this one-pot cooker. And there are huge communities of multicooker fans online who have created recipes specifically designed for these appliances. So if you’re stuck for inspiration or don’t know how long to cook things for, there are plenty of mouth-watering recipes to get you started.

Dundee teacher’s strike off after legal challenge to faculty...

Offensively challenged Giants get dose of reality in loss...

Sounding the Virus Alarm Beyond Covid

Supermassive Black Hole Caught Hiding in a Ring of...

How the first report from Belsen concentration camp shocked...

Zen Educate, a marketplace that matches schools with teachers,...

What is Softaculous and how do I use it?

How Cruz Supreme Court case could lead to unlimited...

Should the Warriors’ championship title have an asterisk?

U.S. Is Still Two Years Away From Max Employment,...

One central bank drama after another – Reuters.com

When Does Mental Speed Slow Down? Not Until Age...

Biden plan to spend $725M to clean up abandoned...

Entrepreneurs protect the economy; governments should invest in them

WHO Chief Warns of Rising Infections, Deaths From New...

Here’s What You Need to Know About China’s NPC...

Levelling up: What is the government’s plan?

MoviePass will return this summer

Dublin Port Trade Changed 'Significantly' in 2021 Due to Brexit