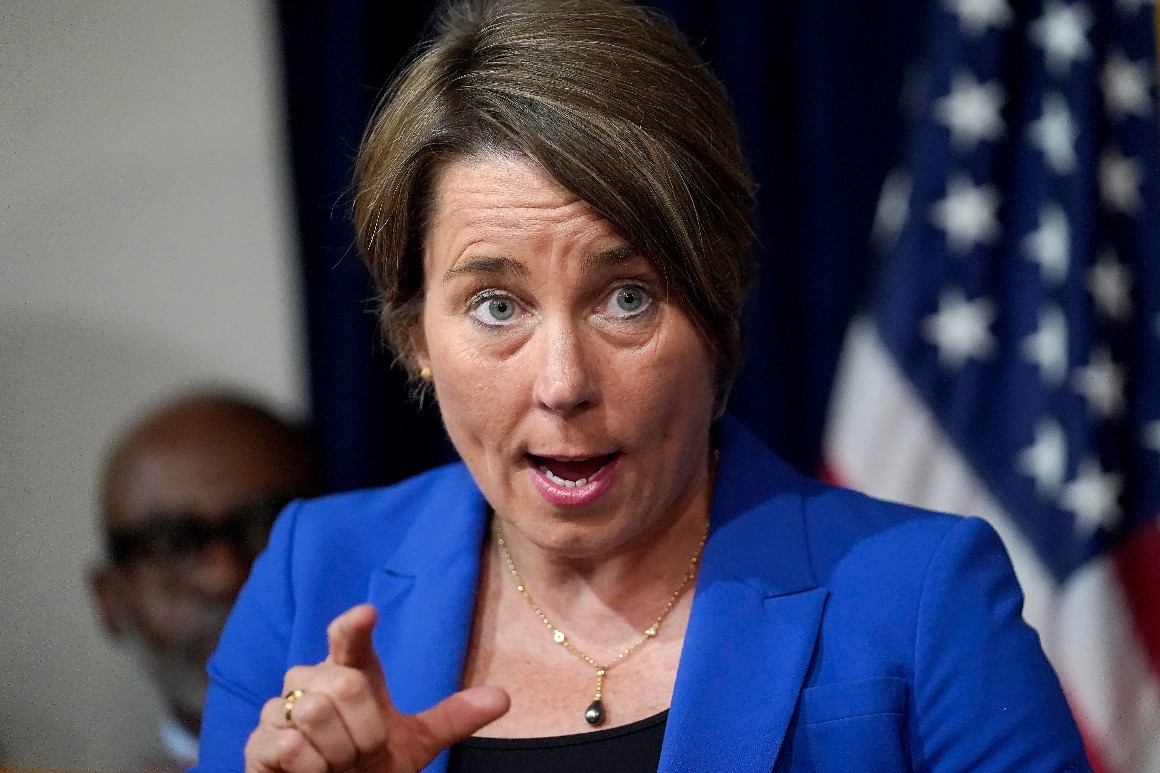 Healey, whos been seriously considering running for governor for the better part of a year, has long been viewed as Democrats best shot at reclaiming the governors office. Republicans have held the position for most of the past 30 years, a streak broken only by former governor and presidential hopeful Deval Patrick.

Her path became much clearer after GOP Gov. Charlie Baker and Lt. Gov. Karyn Polito both bowed out of the 2022 contest in early December, tipping the race toward the Democrats.

Healey now enters as the automatic frontrunner not just in her partys primary, but in the entire gubernatorial contest. She had $3.67 million in the bank at the start of the month, multitudes more than her rivals, and eclipsed them in December fundraising without officially being in the race. Veteran Democratic strategist Mindy Myers is helping guide her campaign as a general consultant.

Still, to win, Healey will have to overcome Massachusetts so-called attorney-general curse. Six attorneys general have tried for the governors office since Paul Dever last won it in the 1950s, and all have failed. A progressive Democrat, Healey will have to win over not just Republicans and independents who make up the majority of the states registered voters, but activists within her own party who are to her left.

Healey made headlines for filing dozens of lawsuits against the Trump administration over immigration policies, contraception and more; challenging Purdue Pharma and the Sackler family over their roles in the opioid epidemic; suing Juul for creating a youth vaping epidemic and taking on student-loan servicer Navient. Shes been a vocal critic of Texas new abortion law and an advocate for canceling student loan debt.

But Healey faced a setback late last year when a judge tossed charges of criminal neglect Healey had brought against two former leaders at the Holyoke Soldiers Home, a long-term care facility where at least 76 veterans died in a Covid-19 outbreak in 2020.

And, like other Democrats, she lost one of her main foils when Trump left office, though she would face a similar foe in Diehl.

Healey is the latest high-profile state attorney general to entertain running for governor this cycle, following in the footsteps of Josh Shapiro in Pennsylvania, where Gov. Tom Wolf is term-limited. New York Attorney General Tish James dropped out of the states gubernatorial contest barely six weeks after she entered it, amid poor early polling.

Healeys entrance into the Massachusetts governors race will also have a ripple effect on down-ballot races in the state, starting with her own attorney general seat. Quentin Palfrey, the 2018 Democratic lieutenant governor nominee, and prominent labor attorney Shannon Liss-Riordan were already building campaigns for attorney general should Healey seek another office. And a county district attorney said to be eyeing the race could create another open seat in a state where they remain rare.

Tuvalu, sinking in the Pacific, fears becoming a superpower...

Transport minister Graeme Dey steps down due to ill...

S.Korea says it will spare no effort to help...

The Lessons From Facebook’s Role in a Nebraska Abortion...

Graph Foundation Raises $50 Million in Round Led by...

Steph Houghton: End of era for England as Man...

California Getting Back Into Energy Business to Save Wobbly...

Ret. Gen. Kellogg: We could see a ‘nuclear breakout’...

Kamala Harris to lead US delegation to UAE following...

CIBC to Start Bringing Workers Back to Office on...

Dubai’s DEWA Boosts Retail Offer in One of Region’s...

Terrell blasts Biden for selling out the American public...

Path to war in Ukraine was laid in months...

Ten Ways Things Are Really Different Than the Last...

‘People will die waiting’: America’s system for the disabled...

Channing Tatum on the sin he couldn’t commit with...