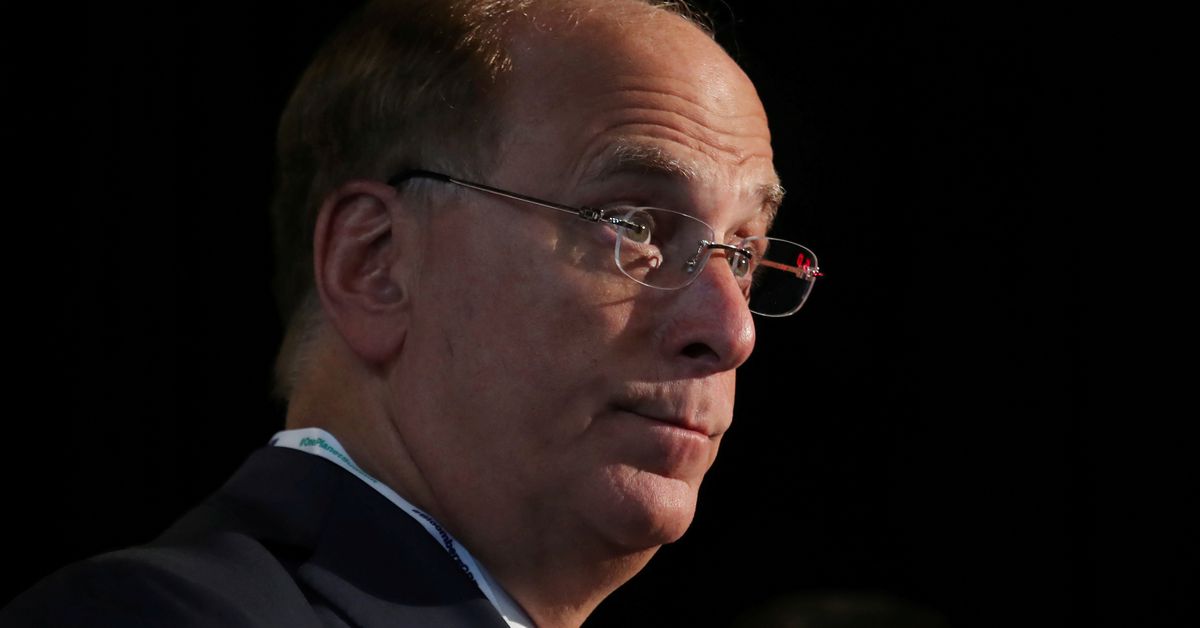 Jan 18 (Reuters) – Larry Fink, chief executive of the world’s biggest asset manager BlackRock Inc (BLK.N), late on Monday defended a shareholder movement that pushes companies to focus on the interests of society as well as profits.

In his annual open letter, Fink built on themes he has sounded in previous January missives to other CEOs, calling on them to find a purpose and to take account of issues like climate change as part of so-called stakeholder capitalism. read more

“Stakeholder capitalism is not about politics,” Fink said in a letter, titled The Power of Capitalism. “It is not ‘woke.’ It is capitalism.”

Fink also defended BlackRock’s stance in engaging with companies on carbon transition rather than divesting altogether, saying the companies themselves cannot be the “climate police” but instead should work with governments

“Divesting from entire sectors or simply passing carbon-intensive assets from public markets to private markets will not get the world to net zero,” he said.

Overseeing a milestone $10 trillion as of Dec. 31, the world’s largest asset manager has become one of the most influential voices in U.S. and European boardrooms, making Fink’s annual letter a director must-read. read more

After years of criticism from activists focused on climate and other environmental, social and governance (ESG) issues, BlackRock changed course in 2021 and cast a much more critical set of proxy votes such as backing calls for things like emissions reports or the disclosure of workforce diversity data. read more

At the same time the fund manager has faced challenges from conservative U.S. politicians. On Monday, West Virginia State Treasurer Riley Moore said his agency would no longer use a BlackRock liquidity fund, where it last kept $21.8 million as of Jan. 6.

In a press release, Moore cited BlackRock’s dealings in China and noted “that BlackRock has urged companies to embrace ‘net zero’ investment strategies that would harm the coal, oil and natural gas industries.”

A BlackRock spokesman declined comment. The company in December acknowledged some continued fossil-fuel investment will be needed. read more

Reporting by Ross Kerber in Boston and Akriti Sharma in Bengaluru; editing by Richard Pullin

How to watch the Lyrid meteor shower peak on...

A10 crash: Witness says police have yet to view...

Novak Djokovic: I’m not anti-vax but will sacrifice trophies...

Michigan GOP convention to test Trump’s influence among some...

Hochul calls for to-go cocktails to stay legal in...

Blinken: Intentional targeting of civilians, journalists ‘would constitute a...

Police to probe death of child in Birmingham Children’s...

Ukraine: Elegant Odesa is transformed by efforts to deter...

Your pictures on the theme of ‘on two wheels’

Ukraine war: Russia threatens to step up attacks on...

Prices are up everywhere with inflation. Except in my...

Long-term US mortgage rates edge down this week to...

Britney Spears' sister Jamie Lynn opens up about childhood: 'I was a...

Analysis: How Republicans are driving the national agenda, even though Democrats hold...