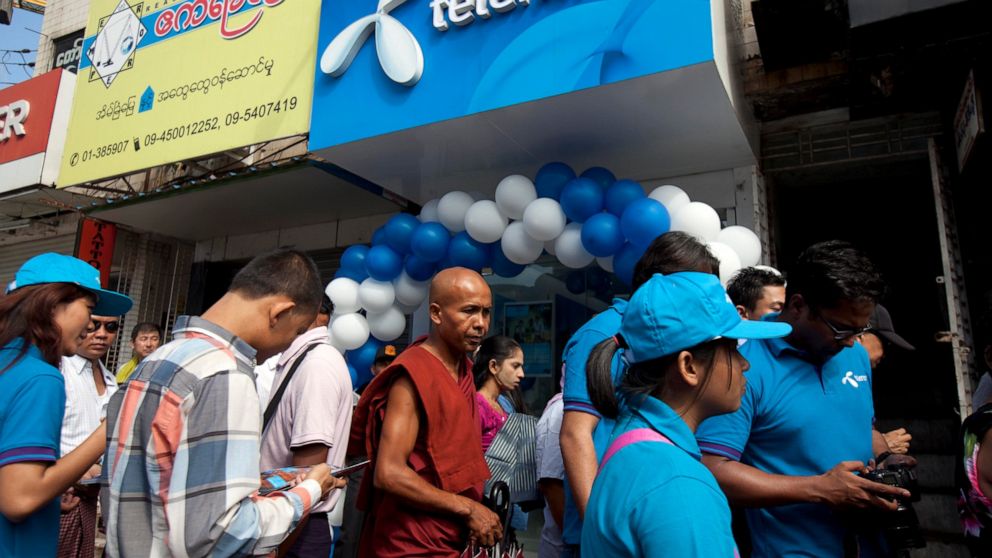 Telenor confirmed the $53 million deal, reported earlier, in a statement seen Tuesday on its website.

Yoma was founded by Myanmar tycoon Serge Pun. The purchase gives it a 75% stake in the company, formally known as Digital Money Myanmar Ltd. The remainder is held by private investors.

Telenor has been seeking to withdraw from Myanmar since then, but it has so far not finalized a planned sale of its mobile phone networks, announced in July, to the M1 Group, a Lebanese-based investment firm.

Telenor wrote off the value of that business after the military takeover ignited a public backlash and the authorities imposed limits on mobile and internet access.

In 2020, Wave Money processed $8.7 billion in payments, equivalent to about 12% of Myanmar’s GDP, according to Telenor. It has 45,000 Wave Shops across the country.

According to a detailed list compiled by the Assistance Association for Political Prisoners, more than 1,400 civilians have perished as security forces have quashed nonviolent demonstrations against the Myanmars military’s takeover, which deposed the elected government of Aung San Suu Kyis National League for Democracy.

Peaceful protests have continued, but an armed resistance to the crackdown has been building, to the point that U.N. experts have warned the country could be sliding into civil war. Miranda talks about Bruno, and the ‘Encanto’ phenomenon

S.Korea drops outdoor mask rule but many prefer to...

US combat soldiers land in Poland amid Russia-Ukraine tensions

England playing behind closed doors after ban is an...

These companies are the most impersonated in email phishing...

US concludes violence against Myanmar’s Rohingya was genocide: report

Levin: Putin is a war criminal, ‘genocidal maniac’ who...

Why Indonesia Is Jolting Markets by Curbing Commodity Exports

World rings in the new year as Omicron cases...

Trump working to clear gubernatorial field for Perdue in...

Smart Puppy Figures Out How To Build Escape Route...