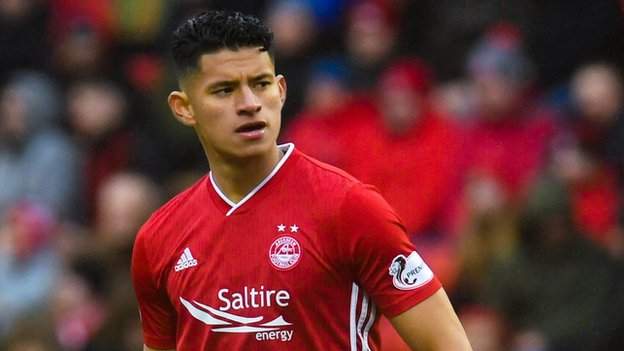 The Venezuelan international, 24, arrived at Pittodrie in 2020 for a reported six-figure from Norwegian team Stabaek, but only made six appearances.

He was given compassionate leave to be with his family later that year and moved to Atlanta on loan.

“This is a good outcome for the club and for Ronnie,” said Cormack.

“We’ve recouped the vast majority of our investment in the player with the potential for future returns through a sizeable sell-on.”

The initial transfer to Aberdeen was questioned by many supporters, most recently at the club’s AGM in December, but Cormack explained in a club statement that “there was nothing out of the ordinary in this signing or subsequent loan and transfer.”

Cormack added: “The board believed this to be a good investment for the club. Had we any inclination that he would rarely play, we would never have signed him.”

The Chinese label subverting masculine stereotypes for a ‘gender-fluid...

Vicky White Suspected of Using Aliases While on Run...

The Papers: ‘Duke pays up’ in deal to settle...

War in Ukraine: ‘Pets are getting left at train...

Could Will Smith Be Stripped of His Oscar? It’s...

PS5 has reached another sales milestone in the UK...

New Washington secretary of state orders staffers to be...

Cracks open up in Mundesley cliff top close to...

Your Evening Briefing: Russia May Have War Plans Beyond...

This is the one Wordle hint I wish I’d...

GOP lawmakers were deeply involved in Trump plans to...

At least seven dead after blaze on Philippine passenger...

Biden’s Job on Inflation Found Lacking by Majority in...

The Yellowstone galaxy just got bigger

Covid: PM ‘past point of no return’ and families...

PMQs: Johnson and Starmer on sexism and misogyny claims...

Car driver dies in crash with parked lorry on...

Democrats created gerrymandering—they must own it