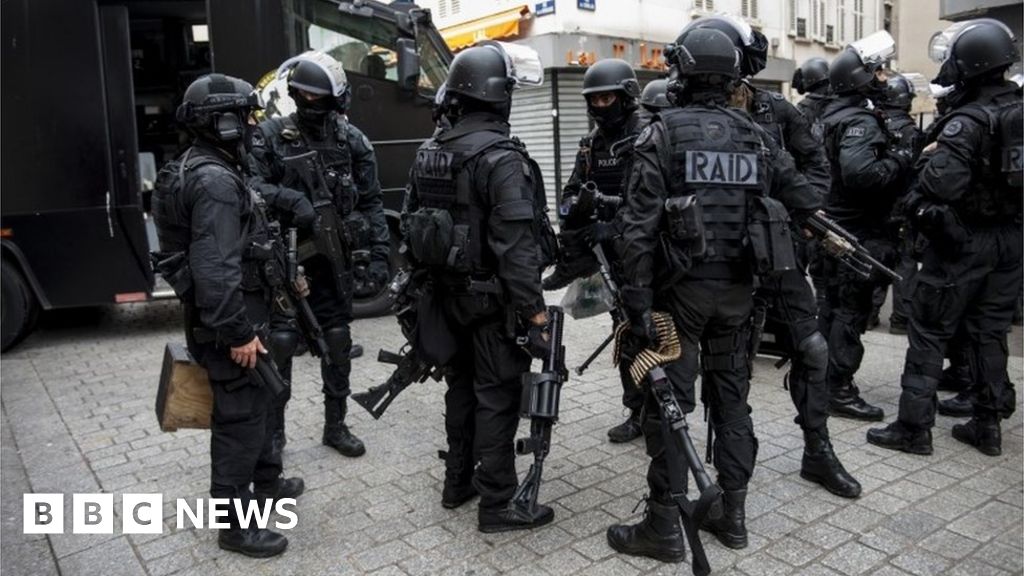 Image source, Ministry of the Interior

Image caption, Doctors being embedded with police in France has allowed victims to be treated while incidents are ongoing

A doctor has told the Manchester Arena inquiry how he treated casualties at the 2015 Bataclan theatre massacre despite the on-going threat around him.

The inquiry into the 2017 bombing is looking into whether embedding doctors with armed police could speed up future response times.

He said rapid evacuation of casualties was the priority of any major incident.

The court has previously heard how UK National Counter-Terrorism Police do not currently support the idea of placing civilian medics within armed teams.

The inquiry into the Manchester attack, which killed 22 people and injured hundreds more, has begun looking into ways of shortening the “care gap”, a term used to describe the inevitable delay in trained medical professionals getting to a major incident.

The inquiry has heard only three medics went into the scene of the bombing amid concerns about further attacks.

Image caption, Ninety people were killed when gunmen opened fire on fans at a rock concert in Paris in 2015

The hearing was told that Dr Langlois and his colleagues arrived at the theatre 11 minutes after the attack at the Bataclan concert hall in November that year.

Three gunmen, armed with explosives, opened fire on fans and took others hostage during a rock concert.

After entering the building, Dr Langlois and a medical colleague assessed and treated casualties in the orchestra pit.

The two medics carried out basic life-saving treatments, including applying tourniquets and giving pain relief, and were also able to manage the evacuation of those injured.

The hearing was told all survivors were taken out of the Bataclan while gunmen were still in the theatre.

Dr Langlois told the inquiry how level zero of the Bataclan was cleared within 40 minutes from their arrival.

He added the “hot zone” had also been cleared “more than 30 minutes before the neutralisation of the threat”.

The gunmen were all killed in a shoot-out with police.

Image caption, Twenty-two people died in the arena bombing on 22 May 2017

Dr Langlois said he knew he was going into a situation of “enormous risk” but added “it was my job”.

The inquiry was told Dr Langlois was embedded with RAID for 13 years and led the medical response in many other attacks.

He said rapid evacuation of casualties from the “hot zone” and getting them to hospital was the biggest priority in responding to any mass casualty incident.

“The Forward Medical Officer is in charge of the triage, and the basic life-saving act but its main objective is to clear the hot zone of all the casualties,” Dr Langlois said.

Bomb Cyclone Could Bury NYC in a Foot of...

Court to hear appeal of man convicted in son’s...

When Will China Be the World’s Biggest Economy? Maybe...

Gottlieb says Omicron appears to be a “milder strain”...

The next AOC? Frontrunner for PA seat is Dem...

Norway to ramp up offshore wind in drive to...

iPhones could soon be a lot less desirable to...

Man due in court over death of woman in...

Power has been restored to much of Puerto Rico...

We need to stop kowtowing to COVID refuseniks

Djokovic had COVID-19 a month ago, had clearance to...

U.K. Businesses Press Sunak for Aid to Cope With...