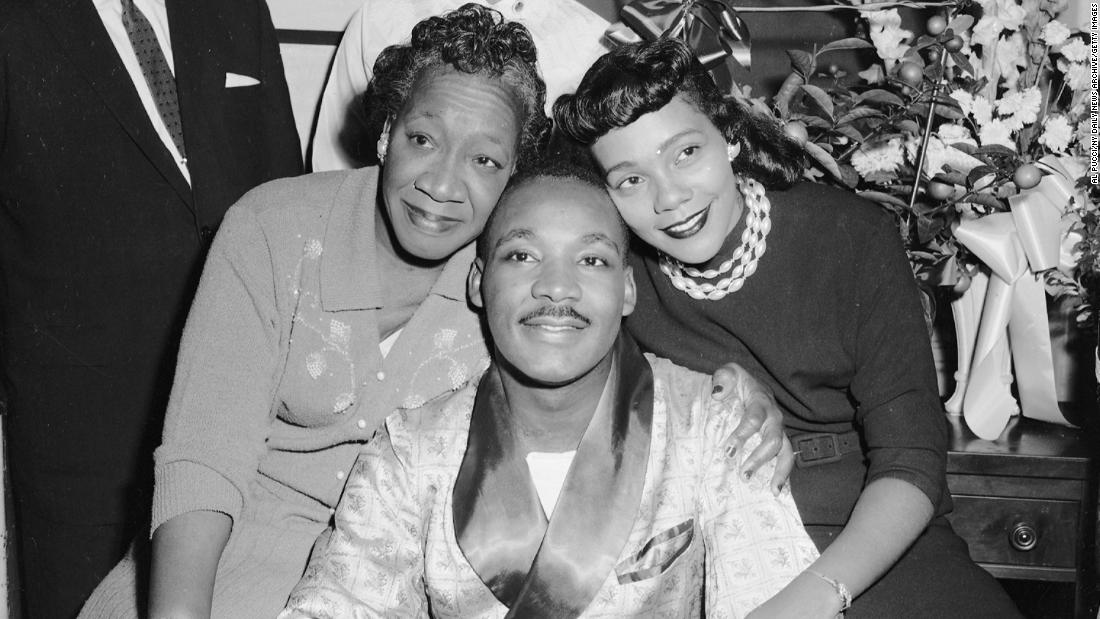 Anna Malaika Tubbs is a sociologist and the author of the bestselling book, “The Three Mothers: How the Mothers of Martin Luther King Jr., Malcolm X, and James Baldwin Shaped a Nation.” The views expressed here are her own. Read more opinion on CNN.

(CNN)We honor Martin Luther King’s memory every January, but there are still so many things most people do not know about his life. For example, in his family and among his closest friends, he was known to be lighthearted and humorous. He made fun of his older sister for taking things too seriously, he always tried to lighten the mood and avoid confrontation. As a youth, he was a prankster who would hide behind a bush with his mother’s furs tied to a stick, waiting to jump out at people as they walked past his childhood home.

He was not some superhero but a real person who risked his life for a larger cause. He was a human being who, just like the rest of us, was influenced by his own experiences and shaped by the generations of family members who came before him, the city he was born in and most importantly, the mother who birthed him.

All of us are shaped by our mothers to some extent, but in King’s case, the presence of his mother’s teachings in his work was profound and the similarities between her passions and his are readily apparent. She was the daughter of the leaders of Ebenezer Baptist Church; it wasn’t King’s father who established the church but his mother who inherited it from her parents.

She didn’t call it nonviolence, but she believed that you could fight Jim Crow through faith, marches and boycotts. She was one of the earliest members of the NAACP, as well as an active member of the YWCA and the International League for Peace and Freedom.

Still, most people — even those who cite King himself as an influence on them — have little or no idea who she was or what she stood for. Most people could not even tell you her name. But he spoke often of her influence on his moral development, calling her “the best mother in the world.”

Alberta Christine Williams King, a powerful organizer, was also a singer and an instrumentalist who trained hundreds of students. She had a bachelor’s degree as well as a teaching certificate, and she even tutored her husband through his own education.

As clear as her impact was on her children, her story has largely been erased from our telling of history — and unfortunately, this is not unique to her. Mothers generally, and Black mothers more specifically, are so often misrepresented or completely erased from the stories we share among ourselves as well as in literature and media.

Society too often views mothers as beings without needs of their own for others to consider or respect. Instead of celebrating their contributions, we take them for granted — especially mothers who stay at home with their children and those who face impossible choices about work and family. We fail to provide them with support or protection.

It is becoming harder for women to retain their right to choose when they even want to become mothers, we are experiencing a maternal mortality crisis, we have yet to establish universal parental leave, child care is too expensive for most families and hundreds of thousands of mothers have been forced to walk away from their jobs as a result of the pandemic.

The Build Back Better Act tries to address these issues by increasing the Child Tax Credit, establishing at least some weeks of guaranteed parental leave, offering universal Pre-K, providing postpartum Medicaid to uninsured mothers, even helping more doulas to get trained, however, it is still being debated in Congress and is unlikely to pass. In short, the state of motherhood in our country remains a perilous one and it will continue to be for years to come unless we can experience a cultural shift in our perspective of motherhood that will force our policy to follow.

A simple step in the right direction is to tell Alberta King’s story because when we do, we are also forced to reckon with the fact that so much of what she confronted is still standing in the way of mothers today.

She was on her journey to becoming an educator before she met her husband — but because of a rule that married women could not teach in nine states, in starting a family, she had to walk away from her career. She gave birth to her three children at home with a midwife, choosing to be with the women in her family rather than at a segregated hospital where she would be met with bias and potential mistreatment.

She lost two of her children before her own untimely passing. She herself was killed in 1974 by a young man who came to Ebenezer Baptist one day who said his mission was to kill all Christians. He shot Alberta in the back while she played the church organ, just a short distance from where her son was buried. Had she lived longer, there is no telling just how much more of an impact she would have had on her community and on our entire country.

I imagine if more people took the time to know her story, to even reflect on the pain she experienced in life, to think about the power of her motherhood and the ways in which she persisted and led her family despite racism and sexism in our country, we would be much further along in our policy decisions.

If we chose to see mothers and their influence on our world, we would understand that what is best for them is best for us all.

As people around the world are celebrating MLK Jr.’s contributions, Alberta also deserves celebration for introducing him to the ideas that he is so revered for. She too deserves to be honored posthumously, just as she deserved to be seen, supported, and protected in life. All mothers do.

MLK Jr. did not become who he was on his own, he did not exist separate from his loved ones. He was a husband, a father, a brother, a leader who fought for civil rights as his mother had done. He was once a little boy who liked to play jokes on people. He was Alberta’s son. Ross’s interim dean on what’s next for the top-ranked...

‘I Was a Secret Service Agent. I Wouldn’t Have...

Twitter’s suspension of Marjorie Taylor Greene was the right...

Summer travel: How to pack a carry-on (and nothing...

Democrats have ‘completely destroyed’ US in every way ‘by...

Pound Weakens Below $1.30 for First Time Since November...

Dozens of Dems, GOP lawmakers call for a democratic...

Biden awards the Medal of Honor to four Vietnam...

Lewis Hamilton to race at Canadian Grand Prix and...

Google Chat may tell on you when you’re slacking...

Fury will return only for unification fight, says wife...

Depp-Heard defamation trial: What’s it all about?

The Ashes: England's Stuart Broad denied wicket by "the barest of margins"