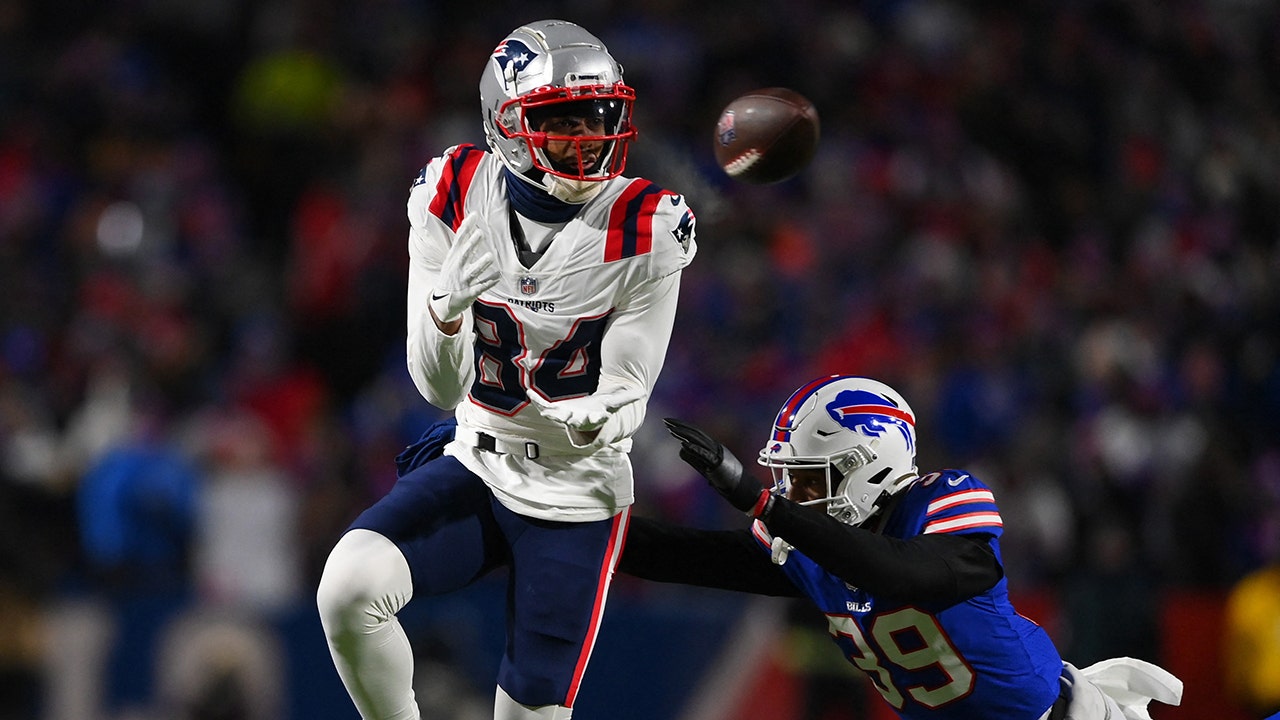 New England Patriots wide receiver Kendrick Bourne was hit with a sex toy after scoring a touchdown in the third quarter against the Buffalo Bills on Saturday night.

Bourne caught Mac Jones first career playoff touchdown on 4th-and-goal with 4:12 remaining in the third. Bourne found himself in the back of the end zone all alone when he caught the pass.

As Bourne was talking some smack to the fans at Highmark Stadium, someone in the stands appeared to hit Bourne with the sex toy. The wide receiver pointed to the object as it sat in the end zone. The incident didnt appear to be thoroughly investigated and no penalty was assessed over it.

Jones touchdown pass to Bourne may have been a case of being too little too late. The touchdown pass and the subsequent extra point made the game 33-10.

The Bills had complete control of the game since the first quarter.

Josh Allen found Dawson Knox two times in the first to make the game 14-0. Devin Singletary would run for two touchdowns in the second quarter. New Englands only score would come on a Nick Folk field goal before the end of the first half.

Buffalo Bills quarterback Josh Allen (17) runs the ball during the first half of an NFL wild-card playoff football game against the New England Patriots, Saturday, Jan. 15, 2022, in Orchard Park, N.Y.

Buffalo was on their way to another playoff win.

NASA Mars Perseverance rover celebrates one year on the...

Moon Knight episode 3 may have just teased the...

We need to talk about Samsung Galaxy S22 Ultra...

An Asian man injured in an unprovoked attack in...

Omicron vs Zero-Covid: How long can China hold on?

Brazil has a towering new statue of Jesus

Focus on female farmers in Northumberland and the Scottish...

Expert on Pfizer Vaccine for Kids Under 5

Celebrities react to Bob Saget’s death: ‘The world has...

Covid: Voter anger over lockdown parties, and is pandemic...

On MLK Day, Biden says Americans must commit to...

As Climate Fears Mount, Some Are Relocating Within the...

At least 6 reported dead in crush at Cameroon...

Gunfire, Explosions Rock Texas Synagogue: Rabbi Among Hostages
Rand Paul asks if YouTube will 'kiss my ....' and apologize after...