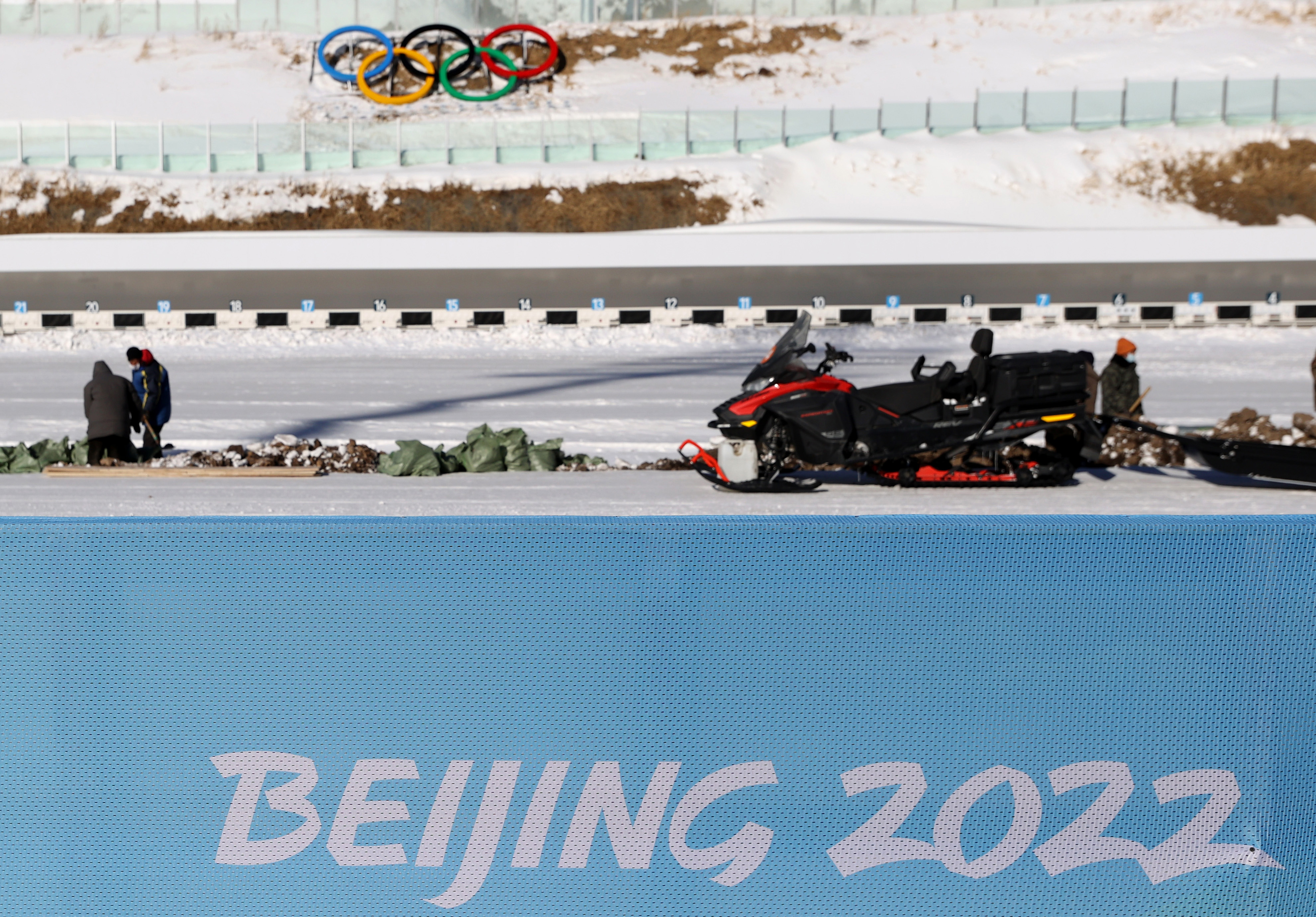 Pang Xinghuo, an official at the city’s disease control authority, told reporters that lab results found “mutations specific to the Omicron variant” in one individual, according to Reuters.

The infected person was not identified in media reports, but their residential compound and workplace have both been sealed off, according to Reuters. The city is also testing nearly 2,500 people who may have come in contact with the virus.

The case comes three weeks before the city will host the Winter Games, beginning on February 4. China has reported locally transmitted Omicron infections in at least four other places, including the northern city of Tianjin, the central province of Henan, the southern province of Guangdong and the northeastern province of Liaoning.

An official at the National Health Commission (NHC) said Saturday that the Omicron variant was also detected in Shanghai, but official case counts have not been specified, according to Reuters.

Some 20 million people in China are now living under strict lockdowns as health officials aim to keep the nation under a ‘zero-COVID policy’ ahead of the Winter Games. In some places, including areas in Tianjin, residents are either unable to leave their homes or permitted to send just one family member to purchase supplies every two days.

The nation has closed down schools and universities, cut off transportation to Beijing from areas with reported infections, and forced citizens to show proof of a negative test in order to leave their municipality. The government has also warned citizens against traveling out of the country, warning that they might not be permitted to return home quickly due to virus protocols.

The NHC on Saturday reported 165 new confirmed coronavirus cases for January 14. Of those, 104 were locally transmitted cases in Henan, Tianjin, Guangdong, Shaanxi and Zhejiang, according to Reuters. As of Friday, the country’s total cases reached 104,745, with a death toll of 4,636.

Beijing recorded its first locally transmitted Omicron case on Saturday, just weeks before the Winter Olympics. Here, workers prepare the shooting range of the National Biathlon Center ahead of the Games on January 15 in Zhangjiakou, China. Sandra Montanez/Getty Images

All athletes will be required to test negative twice for the virus within 96 hours of their flight, and those who are unvaccinated must quarantine for 21 days upon arrival, Axios reported. Officials, athletes, staff and journalists will also be transferred from hotels and competition venues on specially designated vehicles during the game to prevent the virus from entering any Olympic areas.

“The world is turning its eyes to China, and China is ready,” Chinese president Xi Jinping said during a New Years address ahead of the Winter Games.

Stakes Rise as Putin Says His War in Ukraine...

Pope Francis suggests the ‘barking of NATO at Russia’s...

Could freezing koala sperm help save the species?

South Carolina judge is at the center of a...

Star Wars Ain’t What It Used to Be

Microsoft Teams update will level the playing field for...

Textbook publishers left in the dark after Florida rejects...

Eric Holder on redistricting, the Supreme Court and January...