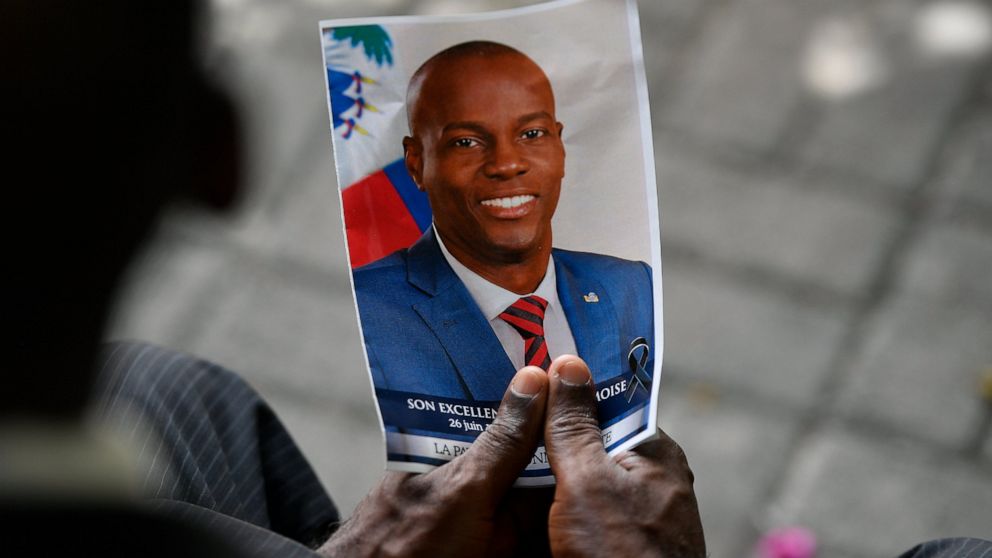 PORT-AU-PRINCE, Haiti — Haiti’s National Police said Saturday that a former senator sought in the killing of President Jovenel Moïse has been arrested in Jamaica.

Meanwhile, Jamaica Police Superintendent Stephanie Lindsay told the AP that other people were arrested along with Joseph and that authorities were trying to determine whether they are family members. She said they were arrested before dawn on Saturday and declined to share other details.

“For more than one reason, were not sharing more information,” she said.

Joseph is a Haitian politician and opponent of the Tet Kale party that Moïse belonged to.

He is the second suspect to be arrested in Jamaica. In late October, Jamaican authorities arrested former Colombian soldier Mario Antonio Palacios Palacios. He was recently extradited by the U.S. and awaiting another court hearing. New Zealand PM Ardern to step down next month

UK accused of ignoring extremism over talks with Israel’s...

With many wondering whether Omicron means we’re approaching the...

Chipotle is paying $20 million to its NYC employees...

Officials sue to halt sales of ghost guns to...

Apple Workers Vote for Union at Oklahoma Store in...

Lamborghini to invest at least 1.8 bln euros in...

Can Workers Wear Black Lives Matter Apparel on the...

Review: ‘Bullet Train’ goes off the rails, but Pitt...

Netflix Outlines The Next Phase of Its Sports Strategy

Best backpacks for back to school for kids and...

MPs warn local news will struggle to survive without...

Jury awards more than $10 million to family of...

Non-doms: Why Labour squeeze on rich taxpayers could backfire

Vladimir Putin Has a Strange Smell, Number of Oddities—Fiona...

“Joy to the World” by Andrea Bocelli and family

Fed jacks up rates again but hints it might...

Inside the factory that makes the royal uniforms

Foxconn persists with COVID curbs at Zhengzhou plant as...

Woman with cancer sues Vermont over residency requirement for...

Aidan Hutchinson now has best odds to be selected...

Opinion: ‘We can barely breathe.’ How did Britain’s treasured...

Temptation Of The Psychonauts

Zelenskiy’s Call for Justice Triggers Shakeup in His Government