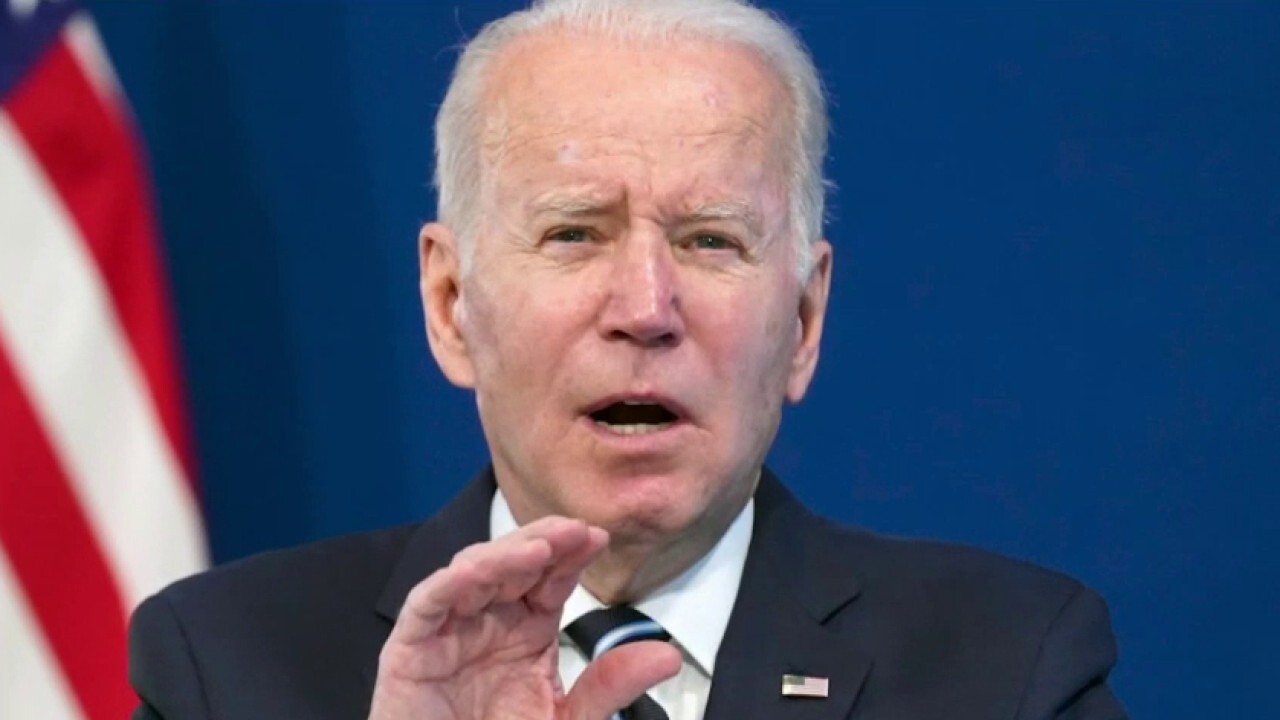 These are three of the more charitable adjectives that describe President Joe Bidens execrable speech on Tuesday.

He flew to Atlanta to promote so-called “voting rights” legislation. H.R. 5746, the 719-page Freedom to Vote: John R. Lewis Act,  would nationalize state election laws and seize those sovereign powers from the 50 legislatures that heretofore have defined the “Times, Places, and Manner” of their vote systems, per Article One, Section Four of the U.S. Constitution. Bidens beloved bill would codify many of the dangerous measures that “temporarily” loosened ballot security in 2020, as COVID-19 terrorized America.

Biden could have sold this pernicious measure with grace, charm, and persuasion. He could have laced his words with honey. Instead, Biden bombed a vinegar factory.

So, as Biden argues, if one disfavors mass mail-in ballots — because they break the chain of custody that links the casting, collection, and tabulation of ballots — then one is just like Wallace, Alabamas former Democrat governor. Wallaces slogan was “Segregation now, segregation tomorrow, segregation forever!” He stood in a doorway in June 1963 to prevent black students from integrating the University of Alabama.

That record did not dissuade Biden from applauding Wallace in 1975. Then-Senator Biden said: “I think the Democratic Party could stand a liberal George Wallace someone whos not afraid to stand up and offend people, someone who wouldnt pander but would say what the American people know in their gut is right.”

The admiration was mutual. As the Detroit Free Presss Robert S. Boyd reported in May 1987, when stumping among Southern voters, Biden “reminds them that former Gov. George Wallace praised him as one of the most outstanding young politicians of America.”

Surely, such a villain was a racist Republican. Au contraire, in 1960, Bull Connor was elected one of Alabamas two members of the Democratic National Committee.

Banks, hotels, airlines, and other businesses routinely ask Americans of all races to present photo ID. Washington, D.C. Mayor Muriel Bowser recently required residents to carry vaccination cards and photo ID whenever they leave home. An August Honest Elections Project survey of 1,200 voters found that 81 percent favored voter ID, including 77 percent of blacks. Biden asserts that these millions of Americans are just like president of the Confederate States Jefferson Davis, a slaveowner whose troops killed 364,511 Union soldiers in the Civil War, to preserve the evils of slavery.

After previously calling voter ID “vote suppression,” Congressman James Clyburn, D-S.C., the No. 3 leader in the U.S. House, suddenly announced last July that he “absolutely” could support pro-voter-ID legislation. In fact, Clyburn astonished observers by claiming, “We are always for voter ID.” According to Biden, now that Clyburn backs voter ID, the man who rescued his sinking candidacy in the Palmetto State primary, is the reincarnation of Robert E. Lees commander-in-chief.

Biden also invoked “the Grand Dragon of the Ku Klux Klan” and Andrew Goodman, Michael Schwerner, and James Chaney. After vanishing for 44 days in the summer of 1964, the bodies of these Congress of Racial Equality workers were found stuffed into an earthen dam in Mississippi. The KKK killed them. Biden associates those who want relocated and deceased voters removed from voter rolls with the racists who murdered Goodman, Schwerner, and Chaney.

Biden said that he would defend “our democracy against all enemies foreign and, yes, domestic.” So, Biden considers domestic enemies the millions of Americans who want election integrity.

Biden is the same man who said at his inauguration: “With unity we can do great things.” Bidens idea of unity is to slice an American flag in two with a machete.

“Perhaps the president went a little too far in his rhetoric,” Senator Richard Durbin of Illinois told CNN. Racial arsonist Al Sharpton said on MSNBC that Bidens remarks did not build support. “I think he gave a Youre going to Hell speech.”

Bidens Vote Fraud Instruction Manual of 2022 will not reach his desk unless he can persuade Democrat Sens. Kirsten Sinema of Arizona and Joe Manchin of West Virginia to torpedo the legislative filibuster. Sinema and Manchin value bipartisanship and respect the filibuster.

At least 75 million Republicans and millions more independents and thinking Democrats want to make it easy to vote but hard to cheat. Insulting these Americans by aligning them with these revolting Democrat bigots was no way for Biden to win these two senators he desperately needs to enact his dodgy vote-fraud facilitation bill. Our favorite home gym ellipticals under $500

Inside Look at Disney ONE Family Pin Celebration

Two Children Diagnosed With Monkeypox in US, Officials Say

Nicola had an eating disorder, now she’s helping others

Hong Kong Rugby Sevens to be held in Nov...

Uvalde school shooting suspect was a loner who bought...

Scientists say they have created ’embryos’ without sperm or...

Behind the Scenes: Making the Rapunzel Limited Edition Designer...

Man taken into custody after climbing bridge tower in...

104 and no more: Amputee wraps up marathon record...

Man charged with murder of mother of his 3-month-old...

The Pentagon is working on an algorithm to detect...

Elizabeth Line: The Queen is shown how to use...

EU Pushes Ahead on Oil Sanctions Amid Gas Standoff

US sees risk of COVID supply rationing without more...

Who Will Pay For Ukraine’s Marshall Plan? | Opinion

Perma-sanctions: Biden under pressure to punish Russia until Putin’s...

Man with fake badge and ammunition arrested outside Capitol

Focus on Spain’s feisty Queen Letizia as she turns...

Opinion | Don’t Pack the Court. Allow the Number of Justices to...

Cruises sail into a new era of Covid self-policing