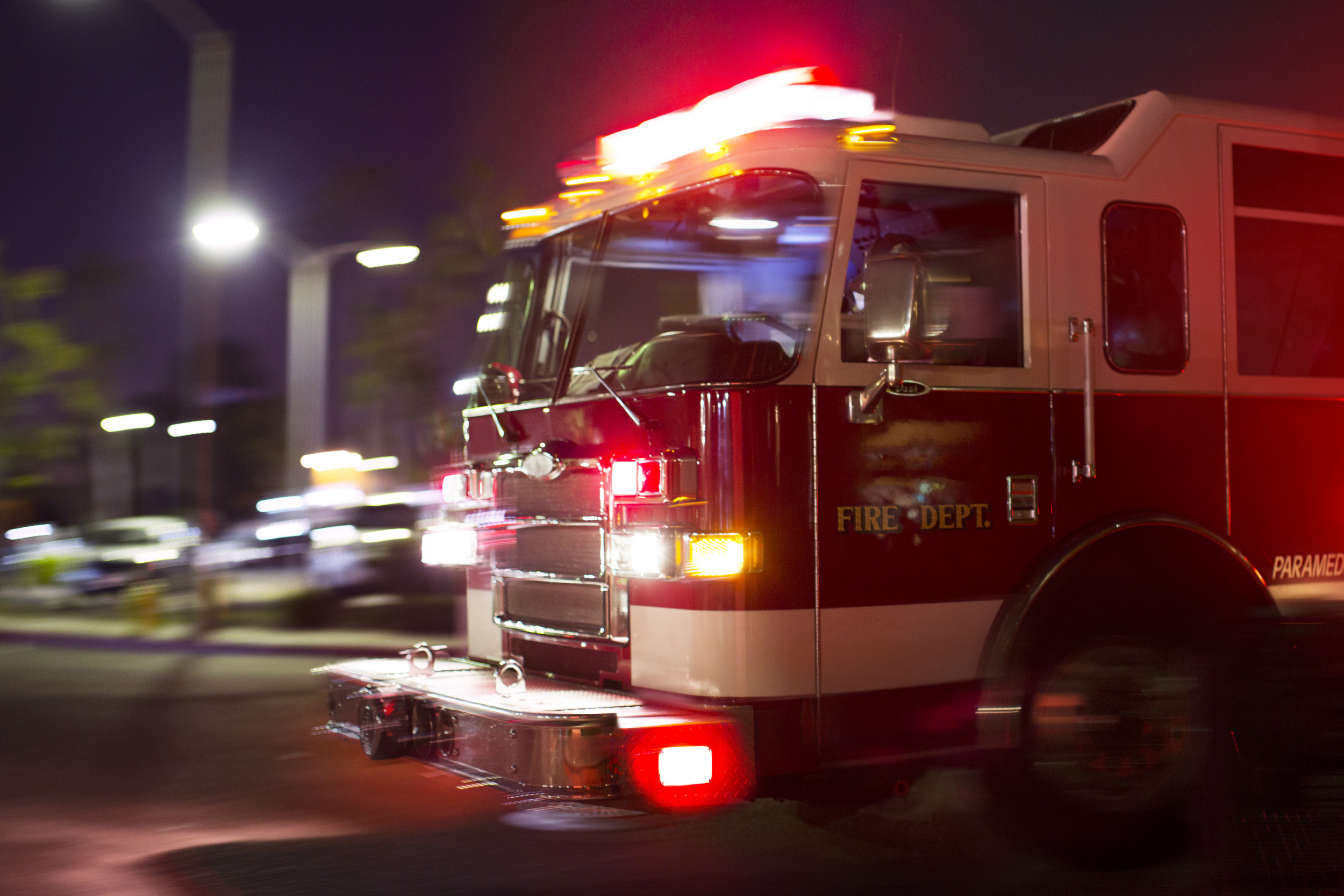 A massive, 11-alarm fire at a chemical plant in Passaic, New Jersey on Friday caused residents to flee the area as the flames lit up the surrounding night sky.

No injuries or fatalities from the fire have been reported at this time, but the latest report is that the building has collapsed.

Passaic Mayor Hector Lora urged residents of the area to evacuate as firefighters struggled to maintain the inferno. A lack of water pressure from hydrants was making the battle against the fire significantly harder, according to WABC-TV.

“There have been bad fires but this is the worst that I’ve ever seen,” Lora told local reporters.

The mayor added that the fire had spread to multiple different buildings in the area and was continuing to grow. Residents that lived in the immediate area of the plant were being instructed to evacuate the area as nearby streets were closed off.

Video footage of the fire taken from an overpass by Twitter user @Ameer shows the massive spread of the blaze.

Another tweet less than five minutes later shows the fire continuing to spread at a rapid pace. The man filming can be heard stating that the inferno is getting “much bigger” and reported hearing a loud bang.

Continuing updates on Twitter stated that the fire had begun to spread to trees, and looked to be nearing the vicinity of what appeared to be a residential building.

Beyond Passaic, the nearby town of Wellington, New Jersey also put out an alert telling residents to keep their windows closed and to be aware of embers being blown across the river.

Lora stated that a number of first responders from “basically everywhere” had been dispatched to the area in order to help with battling the fire and evacuating locals. Those who were forced to leave their homes will be able to stay in a temporary shelter that is currently being set up, he said.

A massive 11-alarm fire at a chemical plant in New Jersey has caused the town of Passaic to flee as the flames continue to burn into the night. No injuries or fatalities have been reported. iStock/Getty

“I’m asking residents to keep your windows closed as our fire department and our emergency responders are assessing the extent of this fire,” Lora continued. “We are asking all residents to stay as far away as possible. This is a chemical fire. You will see the color in the sky.”

“Because this is a chemical fire we are extremely concerned for the health and safety of those in the area.”

Large explosions and popping effects could be heard throughout the area as the flames began encroaching on hazardous materials.

The plant is owned by Qualco, a Passaic-based company that has manufactured swimming pool and jacuzzi cleaning supplies for three decades. One common product sold by the company is chlorine, and while the chemical itself is not flammable, it can be explosive under certain conditions.

This was the third January in four years that a large fire had ravaged the area, according to The Bergen Record. A large recycling plant was destroyed by flames in 2021, and a ten-alarm blaze in 2019 turned a historic paper mill to ashes.

During the paper mill fire, at least 30 out of 36 buildings on the property were destroyed, according to reports.

One of Betty White’s final photos unveiled on her...

Treat your work devices to a security upgrade using...

FTSE 100 inches up on strong earnings, gains in...

Horizon Forbidden West will take over 60 hours to...

How the Canadian Covid-19 protests could play out

Dolphins vs Titans live stream: how to watch NFL...

Half of Russians say military is justified to prevent...

Viagra shoots down advice given to Bills star Josh...

Man City’s Premier League win shows why they can...