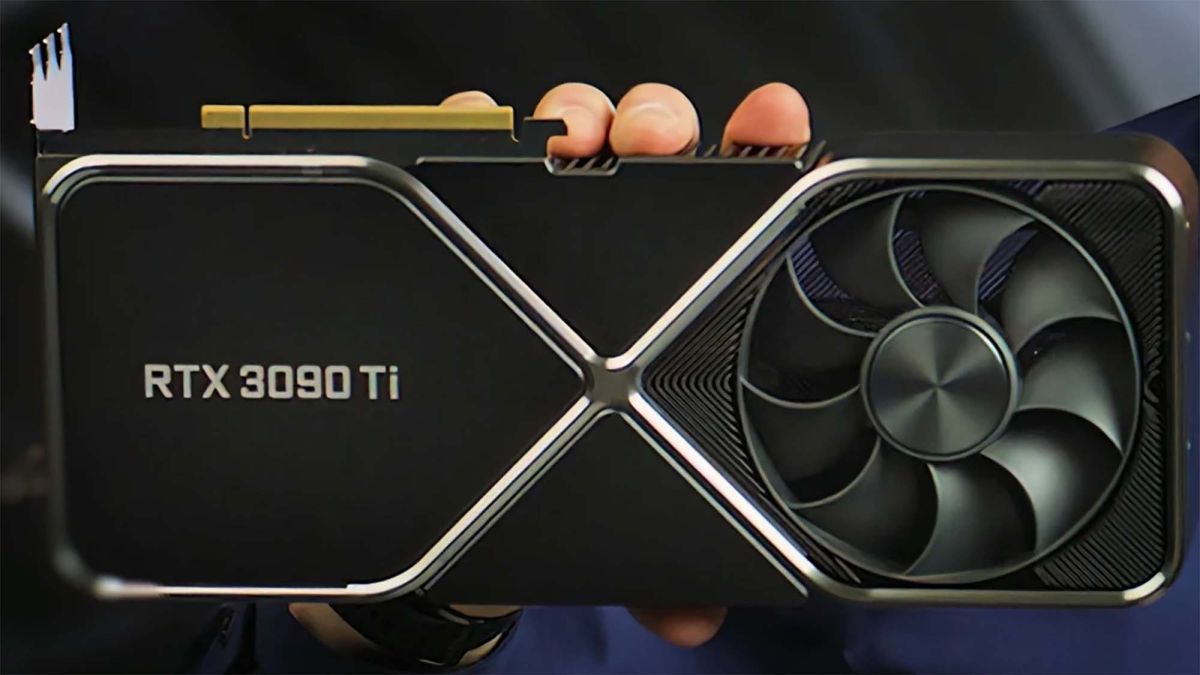 It looks like the Nvidia RTX 3090 Ti might have run into a production issue that could threaten the expected January 27 release date of what is sure to be the best graphics card ever made for the consumer market.

In a report by TweakTown, sources tell the site that Nvidia has instructed its board partners to “pause production” of their RTX 3090 Ti cards, though they couldn’t indicate what the issue was that prompted the request. Nvidia itself, meanwhile, reportedly paused its own production of the RTX 3090 Ti Founders’ Edition.

The pause is said to be just that, a pause, so the production delay should only be a temporary blip. It should also be noted that Nvidia didn’t actually reveal a release date, so while we anticipate a January 27 release, that date hasn’t been confirmed by Nvidia.

As for what the underlying issue might be, Videocardz says that its sources have confirmed the production pause, but also report that the problem appears to be two-fold: a hardware issue and a problem with the BIOS.

No further details were given, but a hardware problem would be much more serious than a bad BIOS, but either would almost definitely push back a January 27 release.

We have reached out to Nvidia for comment and will update this story if and when we hear back from the company.

At the end of the day, the RTX 3090 Ti will be all but impossible to find under the best production circumstances, so the fact that the we’ll have to wait a little while longer to not buy it isn’t all that big of a deal.

This latest generation of graphics cards really is mostly ephemeral, an ideal to strive towards without ever actually attaining it. Better still, we can embrace what it means to be human and resign ourselves to never reaching that 60-frames-of-ray-traced-4K-graphics-on-ultra Nirvana and simply appreciate what is right in front of us, like DLSS and FSR.

Or, we can explore some of the best Indie games out there that can run on an Ultrabook but which capture the unexpected joys of gaming in ways that flashier AAA games can often miss.

We want to see more people find a passion for PC gaming, and a quality budget graphics card like an Nvidia RTX 3050 or an AMD RX 6500 XT is the kind of card that can do that. We’d rather see a lot more people into gaming without them having to make a huge investment in a gaming rig than have some happy elite experience what the RTX 3090 Ti can do while everyone else is left out.

The best possible outcome is everyone getting what they want, but if something has to be delayed, having it be the RTX 3090 Ti is the least bad option.

The Three-City Problem of Modern Life

Coast Guard seizes more than $1 billion worth of...

‘The God-Damnedest Thing’: The Antisemitic Plot to Thwart U.S....

Russian plane due to land in D.C. soon to...

US sanctions Sudan police over crackdown against coup protests

Biden says pandemic is “over” in U.S.

Jill Biden tests negative for COVID-19, will go to...

States prepare for new round of voting wars as...

EU calls on Ethiopia to reconnect Tigray region to...

James Foley: ‘My four hours with my son’s killer’

Haddad Maia hoping to inspire next generation of Brazilian...

Some Ukrainians Unfazed by Russian Attacks

Apple’s exploring its own version of the invisible headphones...

Apple leak points to a September event with iPads…...

Greitens’s ex-wife accuses him of abuse

Anglo-Saxon kings were largely vegetarian but had the odd...

Why Ghislaine Maxwell May Not Get Her Retrial

San Francisco School Board Recall Is a Sign for...

War in Ukraine: Crisis is unleashing ‘hell on earth’...

What now for America’s fascination with the royals?