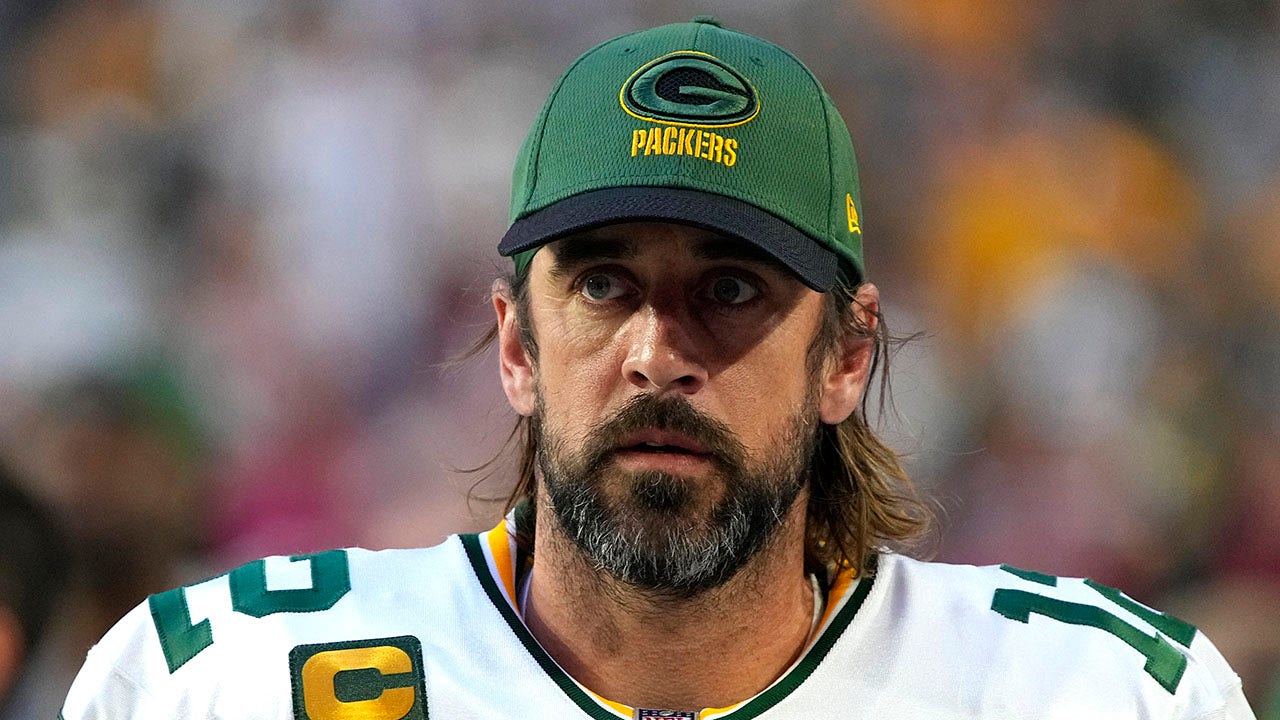 Aaron Rodgers has been dealing with a fractured toe since he came off the COVID-19 list back in November, but the reigning NFL MVP is expected to be at 100% when the Green Bay Packers get back on the field in the divisional round of the playoffs.

Green Bay Packers quarterback Aaron Rodgers walks off the field after not being able to convert for a first down in the first half of an NFL football game against the Baltimore Ravens, Sunday, Dec. 19, 2021, in Baltimore.

Rodgers said on Wednesday that he hasnt received a pain-killing injection for the toe in several weeks.

“Thats been the most encouraging thing. Got through last week without doing one,” Rodgers said during a press conference on Wednesday. “It was just a pretty standard shot in the toe very painful, but numbing agent. So that helped me get through the games. The whole goal was to be able to not have to do that, and its been a few games now without doing that.”

Rodgers continued: “So, Im feeling good, practiced today. [Im] close to 100 percent. I think I should be 100% probably by next week.”

In the eight games since his return from the COVID-19 list, Rodgers completed 70% of his passes for 2,221 yards with 20 touchdowns and only one interception. So, clearly, the injury didnt really have much of an impact on his play.

Green Bay Packers quarterback Aaron Rodgers (12) scrambles during the first half of an NFL football game against the Detroit Lions, Sunday, Jan. 9, 2022, in Detroit.

Rodgers is expected to win back-to-back MVP awards this year after guiding the Packers to the No. 1 seed in the NFC for a second-straight season. He finished the season completing 60% of his passes for 4,115 yards with 37 touchdowns and four interceptions. He led the league with an incredible 111.9 passer rating. ‘Chris Eubank Jr is at his fighting peak but...

On The Money — Manchin makes counteroffer to Biden’s...

On the Road with Steve Hartman: Summer Fun

Donald Trump’s Accounting Firm Might Have Handed Over Half...

5 Extensions That Level Up Your Email Game

Why Has Novak Djokovic’s Visa Been Canceled and What...

WHO: COVID-19 cases down 17 percent globally

North Korea says US seeking an excuse for an...

Sepa chief Terry A’Hearn quit over allegations of a...

The Papers: Energy cap plans and ‘Sanction Iran over...

Your Weekend Reading: Patience With Anti-Vaxxers Is Running Out

Oil falls on China growth concerns even as EU...

Half of Russian troops amassed around Ukraine now invading,...

Kyrgios says he is unable to speak about assault...

What to know about Supreme Court Justice Ketanji Brown...

James Caan, Oscar-nominated actor of ‘The Godfather,’ ‘Misery’ and...