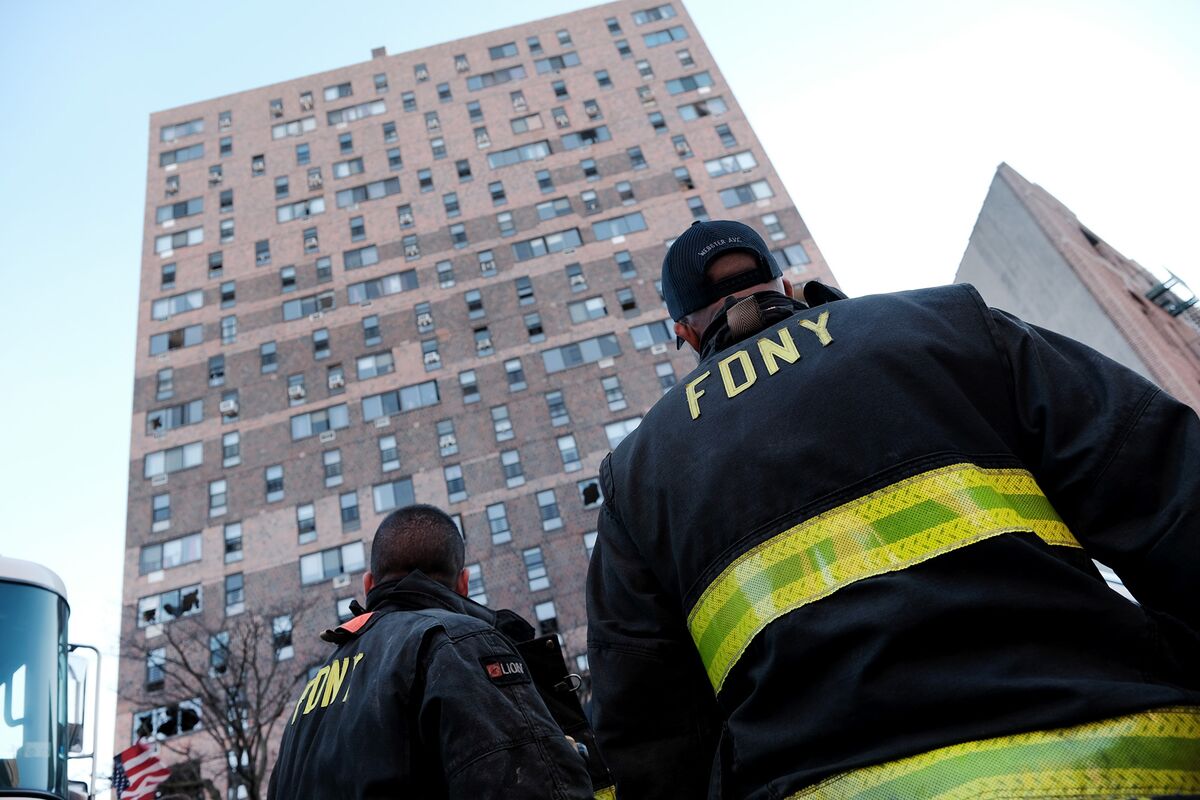 A couple who survived the Bronx, New York, apartment fire that claimed 17 lives over the weekend are seeking at least $3 billion in damages from the buildings owners.

Lawyers for Rosa Reyes and Felix Martinez blame the fire on a failure of the owners to properly maintain the building and heed reports of unsafe conditions. In a lawsuit filed Tuesday in state court, they allege multiple maintenance safety problems, including non-functioning fire escapes and the lack of a sprinkler system, and say the owners failed to make sure the steel doors on apartments and stairways were self-closing to prevent the spread of fire and smoke.

They also allege that the owners failed to properly maintain the buildings electrical system, including its lines, and to provide a building-wide intercom system, as well as letting false alarms go off all the time.

Read More: NYC Tenants Complained of Lack of Heat Ahead of Deadly Fire

We are devastated by this terrible tragedy and are cooperating fully with the Fire Department and other agencies as they continue to investigate, Bronx Park Phase III Preservation said in an emailed statement on behalf of the ownership group.

Investigators suspect the fire was sparked by a malfunctioning space heater and that an open apartment door on the third floor allowed dense smoke to flood the building with fatal consequences.

Reyes and Martinez seek to represent a class that includes all the buildings residents and anyone else injured in the fire.

Theyre seeking compensation not less than $1 billion for injuries and property damage caused by the fire, according to the complaint. They also say the owners should be required to pay not less than $2 billion in punitive damages due to their wanton and reckless conduct. R Kelly accuser to give key testimony on trial-fixing...

US police arrest man over murders of Muslim men

Time trial silvers for England’s Wright and Henderson as...

When the Big One Hits Portland, Cargo Bikers Will...

Lawmakers feast on pork in omnibus

The chip shortage is now even affecting printer ink...

Paul Rudd sends a letter to seventh-grade boy whose...

There’s never been a better time to buy a...

Sure, Brut deodorant sprays recalled nationwide due to benzene

How to Use an eSIM for Dual Phone Numbers

Nuclear power: What role can it play in the...

Last mourners file past as Lying in State ends

Mohamed Salah: Liverpool forward will be at the club...

Nintendo Switch Sports couldn’t be coming at a better...

Airlines worldwide rush to change flights over US 5G...

Video of Trump Saying ‘We Have to Keep Our...

Biden meets with key GOP and Democratic senators to...

Trial to resume for cops accused of violating Floyd’s...

How Heat Waves Are Messing Up Your Sleep

What's happens next in the Prince Andrew sex abuse case?