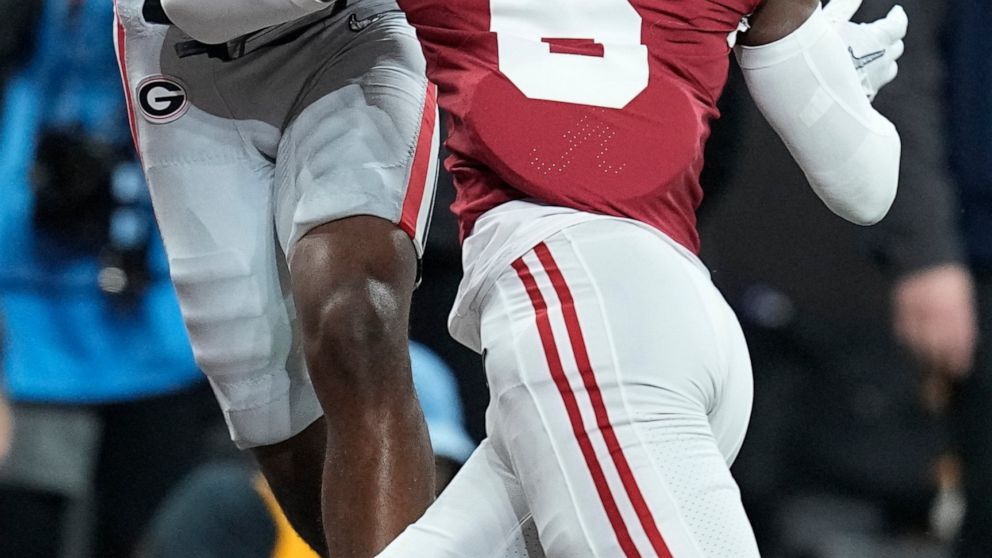 Bennett connected with Adonai Mitchell on a 40-yard touchdown to give No. 3 Georgia a 19-18 lead with 8:09 left and then hooked up with Brock Bowers for a 15-yard TD on a screen to put the Bulldogs up with with 3:33 left.

The final blow came from the defense. Kelee Ringo intercepted an underthrown deep ball down the sideline by Heisman Trophy winner Bryce Young. Instead of going down with a little over a minute left, Ringo took off and behind a convoy of blockers went 79 yards for a touchdown that set off a wild celebration by the Georgia fans who packed Lucas Oil Stadium.

The Bulldogs hadn’t won a national title since freshman Herschel Walker led them there in 1980. If simply snapping the drought wasn’t good enough, doing against No. 1 Alabama (13-12) had to make it feel even better.

Follow Ralph D. Russo at https://twitter.com/ralphDrussoAP and listen at http://www.appodcasts.com PSA: Amazon Prime Day is a great time to...

A Military At War With Americans

Abortion: 161 women from NI travelled to England and...

Weeks of triple-digit heat spark wildfires in Texas as...

Climate change: How to talk to a denier

4 missing after Marine aircraft crashes during training in...

Drone Contraband Deliveries Are Rampant at US Prisons

‘I had to pay for Tourette’s diagnosis’

Women’s World Cup qualifiers: What do the home nations...

‘It’s Tragic’: Few With Immune Issues Are Getting an...

DR Congo refugees: ‘We see no hope of ever...

Apple’s next iPad Pro could be six months away...

Tamil Nadu: The Indian man who makes art from...

Samsung Galaxy S22 launch event: what we expect at...

If Democrats can't pass their agenda now, they may not get another...