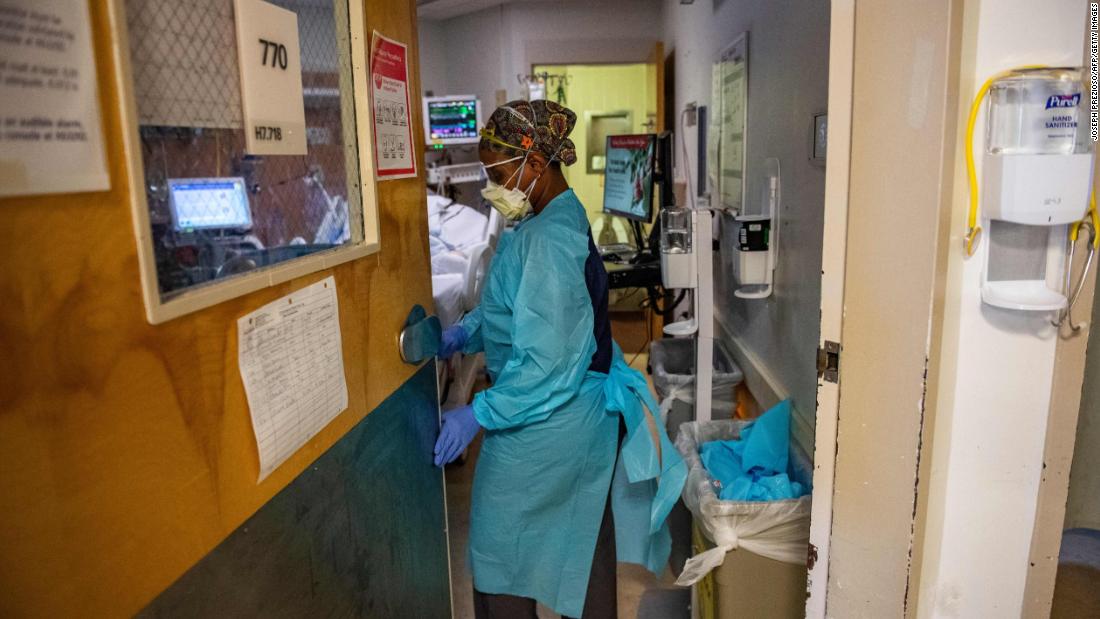 Kent Sepkowitz is a physician and infection control expert at Memorial Sloan Kettering Cancer Center in New York. The views expressed in this commentary are his own. View more opinion on CNN.

(CNN)Covid-19 continues its rampage across the US with the Omicron coronavirus variant spreading here, then there, then everywhere. Two months ago, the US had less than 100,000 new cases diagnosed each day; now the number is over 600,000, according to data from Johns Hopkins University, with no signs of slowing down.

Despite the dizzying number of new cases, Omicron appears, at least in the early reports, to cause much milder symptoms than previous variants, especially among the vaccinated and boosted.

These two novel aspects of Omicron — high transmissibility and mildness of symptoms — played out recently for me when my two adult sons contracted Covid-19 soon after attending a large raucous wedding. Once they were diagnosed, I repeatedly reread the reports describing the mildness of the disease caused by the current variant, though as an infectious disease specialist I already knew the facts; these were my sons, after all. I also talked to the many friends who themselves had developed Covid-19 during the Omicron surge, seeking reassurance. And, being a parent, I didn’t sleep much.

My sons, who were both fully vaccinated and boosted, had the usual symptoms: first a sore throat, then some fever and aches and fatigue for several days. Within a week, they were mostly back to themselves. An unpleasant week for sure, but were it not for the pandemic, probably not quite bad enough to go see a doctor.

In fact, they got so well so (relatively) quickly that I began to wonder whether it might be more expedient from a public health perspective if we just quit trying to stem the pace and extent of the pandemic and just, well, let it rip. Once everyone got Covid and recovered, we could all be ourselves again, immune and carefree. Out with the masks, in with the face-to-face gatherings. New York could be the Big Apple once again!

After this initially exhilarating thought experiment, though, the dangers of the “let it rip” approach became evident. Perhaps having sick sons had warped my judgment. Opening the gate to more infections is a very terrible idea; even if it might improve the Covid-19 statistics transiently, it would leave a trail of individual tragedies.

First, there are the sheer case numbers: The statistics of death and severe illness would become mighty big numbers if a million people a day were to catch the infection. Emergency rooms, many of which are already packed to the brim, would be even more backed up with the Omicron sick, making it still more difficult for people with other conditions to be seen quickly.

Hospital staff, already frazzled by two years of the pandemic, would be under even greater pressure again. Plus, an illness that makes it hard to work for a week or two punches large holes in the workforce, making routine aspects of life a daily challenge.

On the medical side, millions of people in the US have weakened immune systems, whether from cancer or cancer treatments, drugs given for conditions like lupus and similar conditions, or a wide array of other diseases. Their ability to mount an effective response to any virus is compromised, as is their ability to respond to a vaccine, making an unchecked virus a clear danger.

Furthermore, since they have trouble clearing the virus, it may linger for months in their body, possibly creating a hothouse environment to promote new variants, any one of which might be the next variant of concern.

There are still more reasons to remain vigilant: We don’t know the frequency of long Covid among those infected by Omicron, and we don’t know the rate of more recently identified consequences of acute Covid-19 infection such as type 1 diabetes.

Finally, letting any virus run wild across a large swath of the population is asking for trouble. This will lead to much more virus circulating indoors and out, which is never a good thing. A few decades ago, HIV researchers introduced the term “community viral load” to describe how much virus is out there and, by extension, the likelihood of catching it from a sexual encounter. The higher the community viral load, the greater the risk of the infection being transmitted.

Though HIV is an unrelated virus that is transmitted very differently than SARS-CoV-2, the point is the same. More circulating virus, as would occur with a “just let it rip” approach, means more chances for transmission and, with each new case, more change for a consequential mutation to occur, which could lead to further surges and countless avoidable death

Our current quandary of trying to resume a normal life while being hit by wave after wave of new variants gets at the core of the differences between an individual’s illness, such as my sons’ — where the model is one patient, one doctor, one problem, one remedy — and the daunting demands of guiding public health. There, the consumer is not one patient but rather an entire country, and the coin of the realm is a bulky unforgiving data set analyzed under the harsh gaze of often unreasonable politicians.

In truth, public health officials can never give the correct advice to everyone every time, so they settle for most of the people most of the time — an imperfect fit, especially in a time of screaming need like during a pandemic.

This unresolvable tension between the needs of the person and the needs of the public didn’t bother Josef Stalin at all; in fact, he exploited it. According to many, he observed that “one death is a tragedy; a million is a statistic,” seeking to hide his cruelty under a welter of numbers and percentages. For those interested in humanity, however, this will never do. Pogba out of Barcelona friendly due to knee injury...

Trump says he would pardon Jan. 6 rioters if...

Cinven Is Said to Near Deal for Bayer’s Pest...

Know your status and get a HIV test, says...

Ukraine crisis: How much trade does Russia do with...

Judge imposes $61K penalty on Omarosa for failing to...

Why AMD could be Mercedes F1’s most important partner...

Drought-stricken rancher: “It’s kind of like farming in the...

No conflict over’ Uncle Toni’ as Auger-Aliassime faces Nadal...

Fed Hall snags one of its clients’ top lobbyists

Main stage at Glasgow’s Junction 1 to be removed...

Human case of bird flu detected in the UK

I Once Supported Putin. Now I Know the Truth.

Telenor to Sell Wave Money Stake to Yoma in...

Time for Churches to Lead on Education

Arachnophobia: Could you conquer your fear?

Queen Elizabeth ‘has always been a country woman’ who...

Lawyers for Trump and niece Mary Trump spar over lawsuit alleging she...