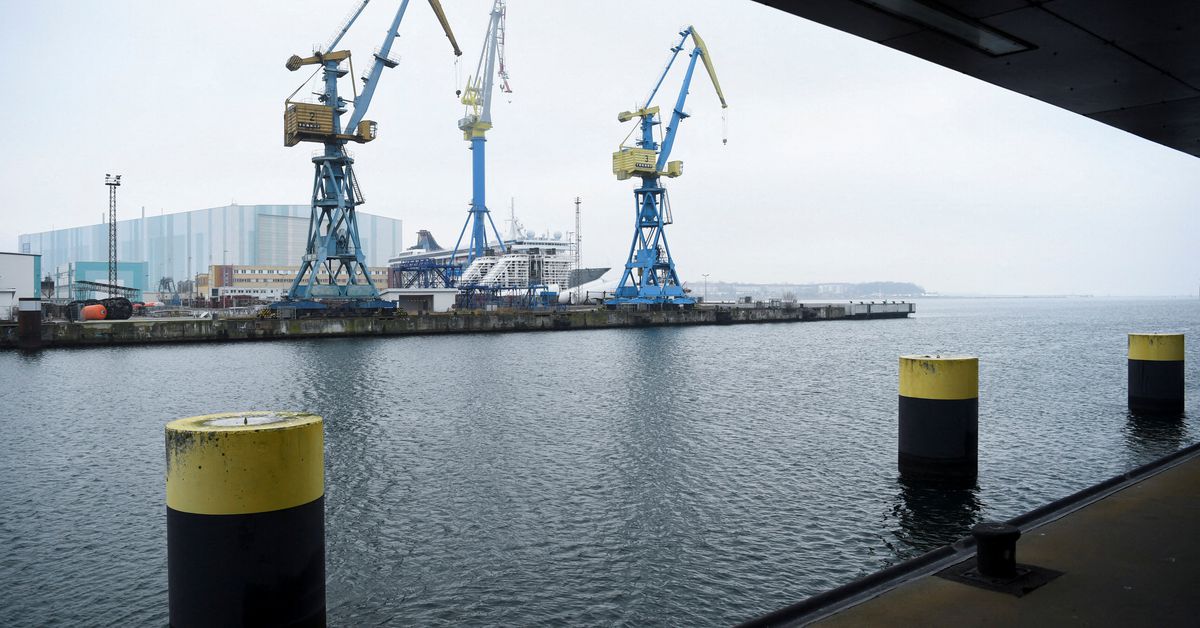 BERLIN, Jan 11 (Reuters) – A German court will rule next week in a case brought by Genting Group against a German regional government after a row over funding for cruise shipbuilder MV Werften, which filed for insolvency on Monday.

Genting’s subsidiary Genting Hong Kong (0678.HK) said on Tuesday the German government and the German federal state of Mecklenburg-Vorpommern had withheld a total $336 million in funding it was promised.

Included in that was an $88 million backstop facility from Mecklenburg-Vorpommern that the Hong Kong group said it was due to draw down, but said that the German state imposed additional pre-conditions in December.

The German government has said Genting Hong Kong had turned down aid that was offered to it.

Genting’s court case was heard by the regional court in the northern German town of Schwerin on Tuesday. A spokesman for the court said a ruling would be made on Monday at 2 p.m. local time (1300 GMT).

Genting Hong Kong also said in a Hong Kong stock exchange filing on Tuesday that MV’s insolvency led to defaults under its “Global 1” credit facility, which would in turn lead to further defaults on financing arrangements worth a total of around $2.8 billion.

Shares in Genting Hong Kong have been suspended from trade since Friday. The company said they would continue to be suspended pending another announcement, which would include the outcome of legal proceedings.

MV Werften currently has around 2,000 workers in Germany’s northern state of Mecklenburg-Vorpommern.

Clubhouse adds chat function for those who would rather...

J. Michelle Childs Now Believed to Be on Biden’s...

Zoom is finally getting this great upgrade – but...

Chicago teachers vote to switch to remote learning amid...

Paris police use tear gas against protesters inspired by...

US surgeons implant genetically altered pig kidneys in a...

Aging boomers are making it harder to tame inflation

Diaz submits Ferguson to end UFC tenure with a...

Hawley reiterates call for Canada to be placed on...

Nufa lets you live up to unrealistic beauty standards...

Wells Fargo battles forces it chose not to control

Biden’s Sleepy Diplomacy at the UN

Stellantis Has Glut of Cars Stuck at Plant on...

Putin and Peter the Great: Russian leader likens himself...

Western drought likely to get worse and expand, climate...

Sue Gray not expected to wait for police inquiry...

Google’s Pixel Buds Pro are down to a new...

Over One-Third Of Vaccinated Americans Became Infected With COVID After The Jab:...