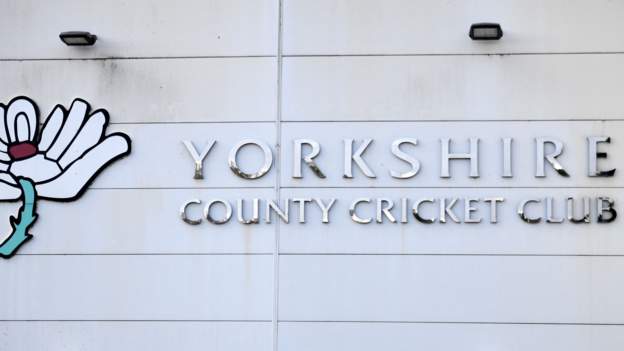 Yorkshire have been set a deadline by the England and Wales Cricket Board (ECB) to regain their international status for this summer.

Headingley was stripped of the right to host major matches in November in response to its handling of racism allegations made by Azeem Rafiq.

The ECB has asked Yorkshire to meet certain conditions by early spring.

Headingley was due to host England’s Test against New Zealand and one-dayer with South Africa in July.

At the time of removing the matches from Yorkshire, the ECB said the county’s major-match status would remain suspended until it “clearly demonstrated that it can meet the standards expected”.

Former chairman Roger Hutton and chief executive Mark Arthur have since resigned, while 16 members of staff, including director of cricket Martyn Moxon and first-team coach Andrew Gale, have been sacked.

Lord Kamlesh Patel has taken over as chairman, with ex-Yorkshire and England pace bowler Darren Gough coming in as director of cricket.

An ECB investigation into allegations made by Rafiq and others, and Yorkshire’s handling of the case, is ongoing.

However, a decision on this summer’s major matches will be made before the investigation is concluded in order to aid logistics and give clarity to ticket holders.

Old Trafford is staging concerts in the same week so unless Lord’s, Trent Bridge or Edgbaston – grounds that are already hosting Tests around that time – take on another match, it could be that The Oval and Southampton are the only alternatives.

The ODI against South Africa is on 24 July. Although more grounds are capable of staging international white-ball matches, it comes at a time when The Hundred is due to begin and Edgbaston will be playing host to the Commonwealth Games women’s T20 competition.

Tickets for the matches allocated to Headingley are not currently available on the ECB’s website.

Any decision to strip the fixtures from the Leeds venue would have serious financial implications for Yorkshire, who have already seen a host of sponsors cut ties with the club because of the racism scandal.

Meanwhile, fixtures for the 2022 domestic season will be released after the final men’s Ashes Test, either at the end of next week or in the following week.

The schedule is normally published before Christmas, but the delay was not linked to Yorkshire, who will begin the season in County Championship Division One.

Yorkshire invited applications for a number of positions, including a new head coach, in December. Samsung is now distributing its best panels to other...

What is going on with the partygate probe?

Biden shouldn’t trust Kamala, he should ‘sleep with one...

COVID testing: what to know

Grenfell Tower: Will anyone go to prison?

Property Is the Crisis Risk to Watch as Stocks...

Hannity: We are in deep ‘Schiff’ if Kamala Harris...

Calls for probe into migrant deaths at Spain-Morocco border

There’s No Choice in the Midterms. The Democrats Are...

Intel might be delaying its desktop Arc Alchemist A-Series...

Finally, Volkswagen brings back the Microbus, with a battery...

Nurseries in England: Parents asked about proposed change to...

Crisis standards of care ended in Colorado amid falling...

Ron Johnson: ‘Americans are not looking for election reform’

A new era for travel leaves some travelers confused...