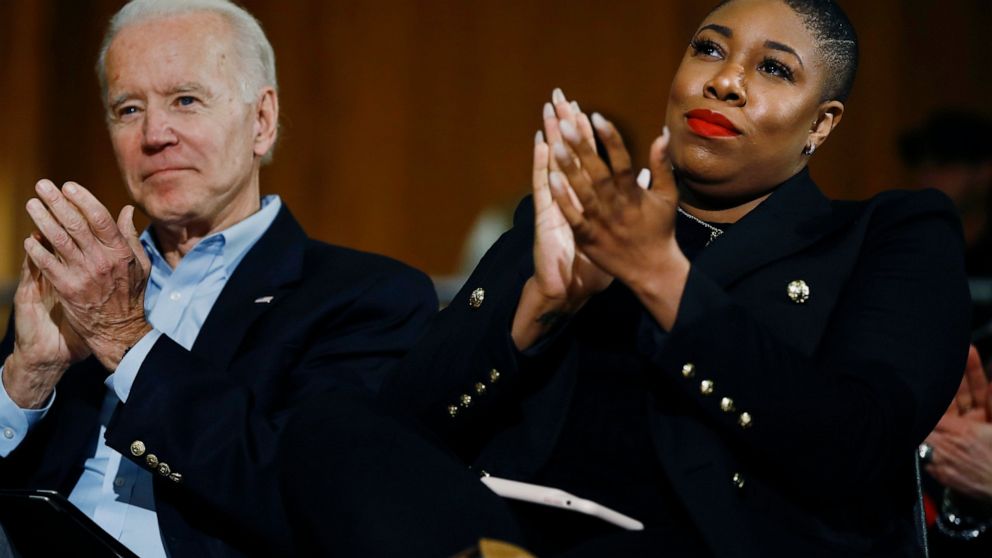 The announcement Monday continues the trend of political veterans jumping to cable news, often at dizzying speeds. Sanders announced only last month that she was leaving her job as chief spokesperson for Harris.

Sanders, 32, will host a Washington-based weekend show on MSNBC, along with a program on The Choice from MSNBC, a news and analysis destination on the Peacock streaming service.

MSNBC President Rashida Jones, who announced the hiring, was not immediately made available for an interview.

Sanders, from Omaha, Nebraska, was press secretary for Vermont Sen. Bernie Sanders’ 2016 presidential campaign. She worked as a commentator for CNN following that campaign before signing on as a senior adviser to Biden’s campaign in 2020. A former fellow at Harvard University’s Institute of Politics, she wrote the book No, You Shut Up: Speaking Truth to Power and Reclaiming America in 2020.

After Donald Trump left the presidency last year, Fox News quickly snapped up his ex-press secretary Kayleigh McEnany as a commentator and aide Larry Kudlow, the longtime CNBC host, to do a show on the Fox Business Network. Trump’s first press secretary, Sean Spicer, hosts a show on Newsmax.

Osaka withdraws from Melbourne tournament due to abdominal injury

Rising number of families struggle to meet expenses after...

Microsoft says it uncovered a new malware strain in...

Prince William ‘was absolutely sure’ Kate Middleton could handle...

Ukraine: Three ways this war could escalate and drag...

Marianna Vyshemirsky: ‘My picture was used to spread lies...

4 tigers rescued from Argentina get new home in...

Orphaned Bear Filmed Rolling Around in Snow at New...

Who Is William Cooley? Air Force Major General at...