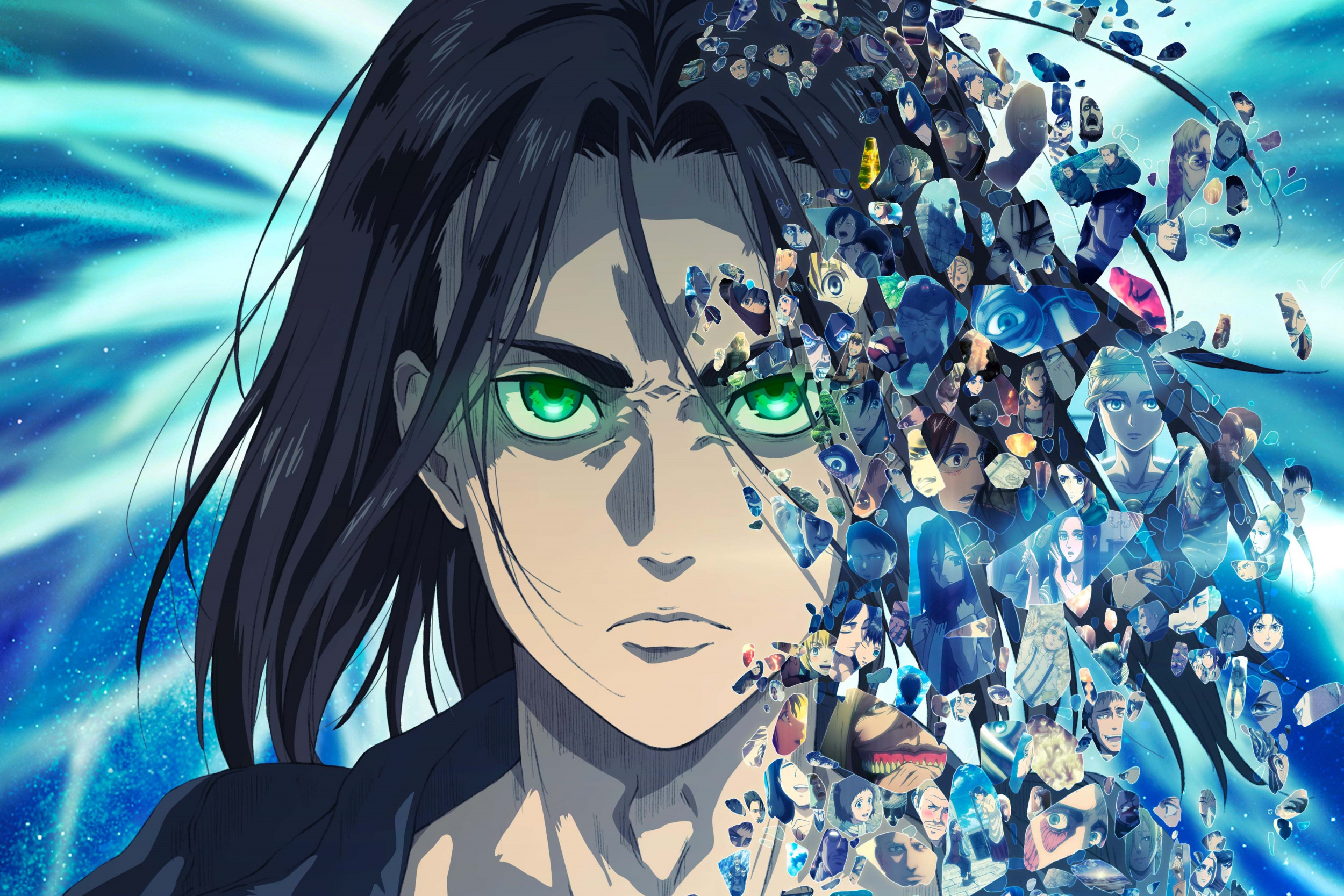 Attack on Titan is returning for its final episodes, with the second half of Season 4 starting to air on Sunday, January 9.

Airing on Crunchyroll, Funimation and Hulu, the show will be simulcast with the subtitled version of the anime, which features the original Japanese voice cast.

In Season 4 Part 2, the War for Paradis rages in Shiganshina. The episodes will be subtitled in eight languages and will be available to watch in over 200 countries and territories around the globe.

Here is everything you need to know about the English dub.

Who Will Star in the English Dub for ‘Attack on Titan’s’ Final Episodes?

Attack on Titan’s English dub will be available on both Funimation and Crunchyroll, as it has been for previous seasons.

Newsweek contacted spokespeople for Funimation, who confirmed that the voice cast for the English-language version will be the same as it was for the first half of Season 4.

This means that many of the original cast members are expected to return, including Bryce Papenbrook, Trina Nishimura and Josh Grelle, who portray lead trio Eren Jaeger, Mikasa Ackerman and Armin Arlert, respectively.

Other actors who will return to the English dub voice cast are Matthew Mercer as fan-favorite Levi Ackerman, Robert McCollum as Reiner Braun and Jason Liebrecht as Zeke Jaeger.

Here is the English voice cast for Attack on Titan’s final episodes:

Liebrecht and Connors also voice Beast Titan and Cart Titan in the series.

When Will the English Dub for ‘Attack on Titan’s’ Final Episodes Be Available?

It has yet to be announced when the English dub for Attack on Titan Season 4 Part 2 will be released.

Funimation spokespeople told Newsweek that the schedule for the dub was still being decided, but that an announcement would be made soon.

While fans wait for this announcement, they can enjoy the subtitled version of the show from January 9 at 12:45 PT.

Attack on Titan Season 4 Part 2 will be available on Funimation, Crunchyroll and Hulu via simulcast, and episodes will air weekly from Sunday, January 9.

The second half of the final season of “Attack on Titan” will start airing from Sunday, January 9, on Crunchyroll, Funimation and Hulu. The English voice cast who appeared in Part 1 of the season will return for the final episodes, but the release schedule for the dubbed version has yet to be announced.Hajime Isayama, KODANSHA/”Attack on Titan” The Final Season Production Committee

Under fire, US officials say monkeypox can still be...

EXPLAINER: Who are the kids trapped in Syria prison...

Mercedes EQE first drive: this is the best Mercedes...

Yungblud: I opened my chest up and put my...

Google Docs is halting one of its most annoying...

Secret Service has a lot to answer for: Former...

A key border crossing between the US and Canada...

Tony Sirico’s life before Sopranos and as Paulie Walnuts...

Biden to focus on countering China during stop in...

Amazon’s drone delivery finally launches, but we have so...

California Wants to Make Cheap Insulin. Here’s How It...

Shaquille O’Neal says people ‘shouldn’t be forced’ to get...

The Memo: China’s Olympics get underway beneath shadow of...

Why Schumer picked a filibuster fight he couldn’t win