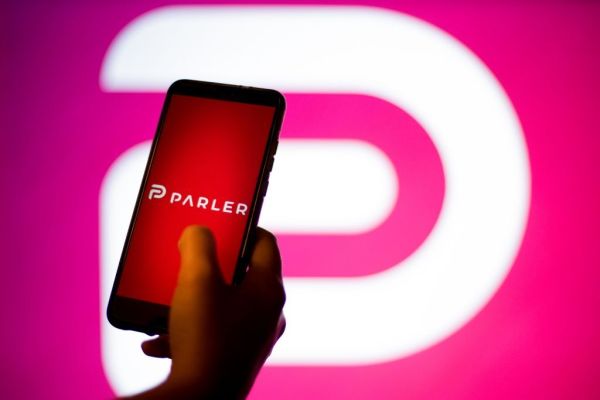 The conservative social media platform Parler has raised $20 million in funding, according to an SEC filing that was signed and submitted on January 6, the anniversary of last year’s domestic attack on the Capitol. The app, which claims to have 16 million-plus registered users, describes its mission as one focusing on protecting “against the authoritarian powers of Big Tech, Big Government, and cancel culture.” The app also claims to be nonpartisan, but anti-hate organizations and researchers including the Anti-Defamation League and the Southern Poverty Law Center have observed Parlers influence in the far-right information ecosystem, from its role in the Capitol insurrection to propagating anti-vaccine misinformation.

Parler hasn’t responded to a request for comment about who its new investors are, but the filing states there are 10 non-accredited investors in the offering. Its previous angel round — an undisclosed amount — came from major Republican political donor Rebekah Mercer. Mercer is listed as both an executive officer and director on the filing. Seth Dillon, CEO of conservative satire site the Babylon Bee, is also listed as a director.

The filing was first spotted by Axios, which also has not yet received a comment from Parler.

Parler came to prominence last year around the time of the January 6 insurrection, after social media companies like Twitter and Facebook banned former President Donald Trump from their platforms. These bans — enforced afterrepeatedwarnings — were over concerns that Trump was using his following to disrupt the peaceful transition of presidential power.

Inspired by Trump’s de-platforming from mainstream social platforms, many of his supporters flocked to Parler, which had less stringent community guidelines. Parler rose to No. 1 on the App Store days after the attack on the U.S. Capitol but had found itself removed from Google Play on January 8, 2021. Amazon and Apple soon removed Parler from their platforms as well, over terms of service violations. The companies said the app had been used by Trump supporters and other far-right users to call for violence and organize their plans to storm the Capitol.

“Parler has not taken adequate measures to address the proliferation of these threats to peoples safety. We have suspended Parler from the App Store until they resolve these issues,” Apple told TechCrunch at the time of the ban.

Parler’s then-CEO John Matze posted on his Parler account that we wouldn’t cooperate with the App Store’s demands for the company to submit a content moderation improvement plan. But on January 29, he was fired by Parler’s board, controlled by Mercer. By April, the app was back in the App Store under new leadership from CEO George Farmer.

Farmer explained in a recent interview with the New York Times that when Parler was removed from the App Store before his tenure, the app didn’t have any A.I. moderation, and its mechanism for human moderation — a jury system — was in its early stages, too.

Farmer said that under his leadership, Parler has implemented A.I. content moderation, which it didn’t have at the time of its removal from the app store. This additional infusion of $20 million could help the app continue building out this filtering technology, which Parler uses in tandem with human moderation. Parler’s community guidelines also now state that the app will “not knowingly allow itself to be used as a tool for crime, civil torts, or other unlawful acts.”

Parler’s mobile app has been downloaded about 11.3 million times globally since its debut, according to data from Sensor Tower. From Parler’s May 2021 return to the App Store until now, the app has been downloaded just 141,000 times, the firm noted. If Parler’s stated figure of 16 million+ registered users is accurate, that would mean the majority access Parler via its native mobile app.

Should Lineker be in the greatest World Cup XI?

Claire Foy: The Crown actress ‘honoured’ to have played...

Is Jalen Ramsey no longer a lockdown cornerback?

This Is the Case for Building a More Robust...

Zack Snyder’s ‘Rebel Moon’ is set to arrive on...

Beyond Avengers: how Moon Knight signals a new era...

Motive a mystery after girl, parents killed in tent...

London pensioners invited back to festive lunch after Covid...

Deep meditation could improve your gut health and reduce...

One of the most useful Microsoft Word features is...

A Little Bit of Extra Magic at the Disneyland...

WHO: Tuberculosis cases rise for the first time in...

Scotland could be set for sunniest March on record

Ford and Lincoln owners can now personalize their Alexa...

Officials: Search for migrants after boat sinks off Keys

UK Mortgage Rates: Why Are They So High? Will...

Sam Bankman-Fried’s effective altruism may have been his downfall