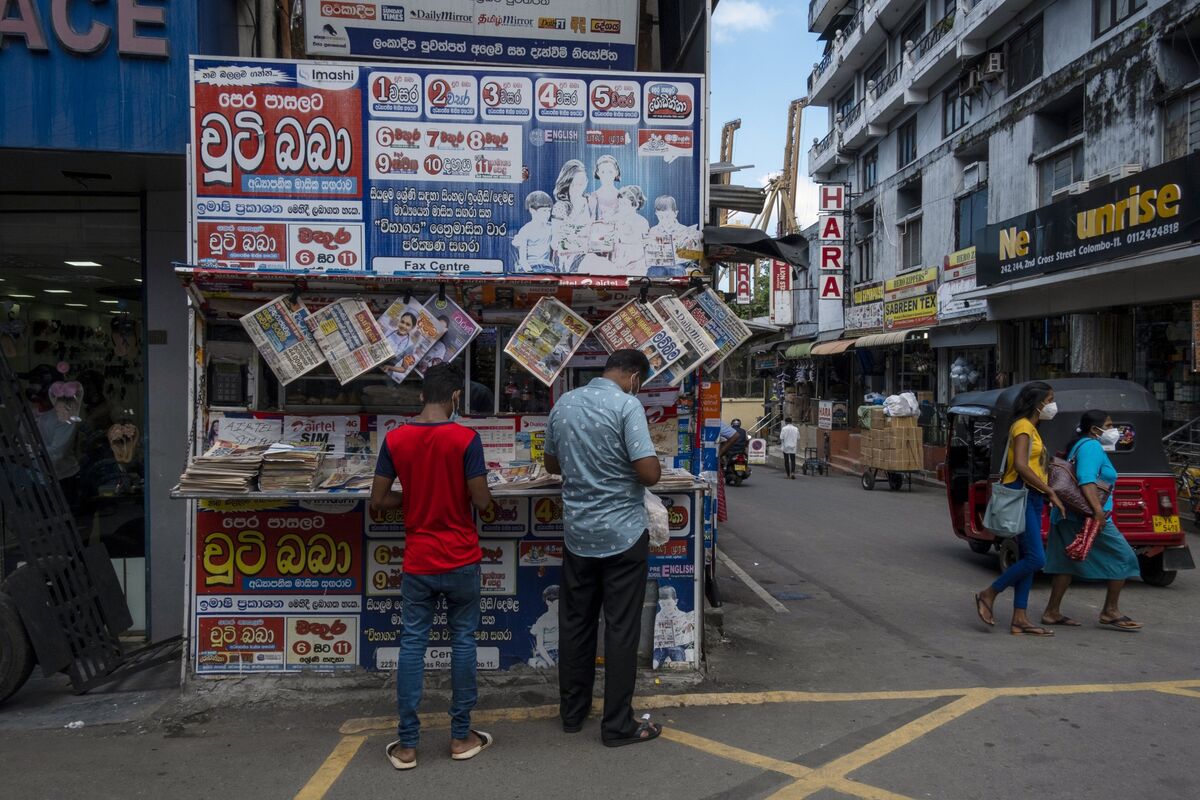 Chinese Foreign Minister Wang Yi will have an opportunity to help out Sri Lanka when he visits this weekend as the island nation searches for funds to rebuild foreign exchange reserves and repay debt amid ballooning import bills.

Wangs visit comes as Beijing seeks to balance U.S. and Indian influence in the Indo-Pacific region during a pivotal political year in China. He may offer more grants while in the capital Colombo, according to a Sri Lankan government official who asked not to be identified. The ministries of finance and foreign affairs didnt officially respond to questions on the matter.

Chinese loans to Sri Lanka have been a contentious political topic over the past decade, with the country becoming an oft-cited example of debt diplomacy in President Xi Jinpings Belt and Road Initiative — an allegation Beijing has refuted. In particular, Sri Lankan politicians came under scrutiny for a port in southern Hambantota that lost money and was eventually sold to a state-owned Chinese firm in a much-criticized debt-to-equity swap on a 99-year lease.

Still, Sri Lanka currently needs cash, and its leaders have sought to balance ties between major powers to get funds. The countrys finances have nosedived since the pandemic grounded airplanes and shuttered its tourism industry, a major source of foreign exchange earnings. The situation has been exacerbated by looming debt repayments that Fitch Ratings put at $6.9 billion this year. Citigroup has flagged the risk of a future potentially disorderly default.

The central bank has allocated the required foreign currency to repay $500 million of bonds maturing Jan. 18, Governor Ajith Nivard Cabraal said in a tweet Wednesday. The nation has another $1 billion of dollar notes due July.

CBSL has allocated the required #Forex for the USD 500 million #ISB that is maturing on 18 Jan 22. It’s a shame that some #investors lost out becoz of organized negative stories spread by certain vested interests. @CBSL#SriLanka#GoSL

With rising import bills for fuel, machinery and food eating into foreign exchange reserves, half a dozen cabinet ministers have begun to speak favorably in the press of going to the International Monetary Fund for assistance over the past month.

But its unclear if the Rajapaksa family, which holds power in Sri Lanka and is seen as close to Beijing, supports turning to the U.S.-based global body. Finance Minister Basil Rajapaksa on Monday said the government hasnt made a decision to approach the IMF, and unveiled a relief package valued at more than $1 billion to calm public anger over the surging prices of food and medical items. He also said no new taxes were planned.

Sri Lankas President Gotabaya Rajapaksa and his brother Prime Minister Mahinda Rajapaksa have turned to China for loans and assistance to build Sri Lankas infrastructure since the civil war ended in 2009. The country also maintains a deep-seated reluctance to seek help from the IMF again as it will invariably involve austerity measures.

In late December, Sri Lanka tapped a $1.5 billion currency swap with China that was offered last year to build up its reserves to more than $3 billion.

Sri Lanka has sought to balance its reliance on China by negotiating a $1.9 billion economic aid package with India last month. While the deal is yet to be finalized, the government in Colombo has agreed to officially lease to

India had earlier been concerned about Chinas involvement with Hambantota port, fearing that Beijing would take it over for future military use.

Sri Lanka has been able to keep an equal distance even as South Asian countries are forced to choose sides after certain countries launched an Indo-Pacific strategy that targeted China, Hu Shisheng, a senior research fellow at the China Institutes of Contemporary International Relations,

told the Shanghai Observer on Tuesday.

Hu, whose research group is affiliated with Chinas Ministry of State Security, said China will need to consolidate and develop ties with countries that are Chinas base for foreign policy in order to break up the anti-China network.

With assistance by Asantha Sirimanne, and Jing Li

White House launch of Operation Warp Speed 2.0 dragged down by... White House launch of Operation Warp Speed 2.0 dragged down by... Here are the possible new names for 9 Army...

Russia intends to decapitate the Ukrainian government, US senior...

Farm Aid says “Made in USA” beef may come...

Inflation Forces Ocado’s Shoppers to Cut Back: The London...

Tony Sirico’s life before Sopranos and as Paulie Walnuts...

Woman Applauded for Refusing to Put Fiancé on House...

SCOTUS to rule on religious liberty case after praying...

U.K. Inflation Rises More Than Expected to a New...

Palin calls on Begich to drop out of the...

On the Money — SCOTUS strikes down Biden vax-or-test...

Journalist, 2 others killed in Mexico; 13th this year

Man charged with new woman’s killing on streets of...

How Ashley And Bar ‘Recommitted’ To Their Teen Mom...

Early Warning Signs of Thyroid Problems and When You...

Growth in corporate profits may not be as strong...

Senator Tim Kaine on his experience with long COVID,...

Sri Lanka could tip back to chaos if six-time...

Robert Kaweesi: Father missing after trying to save son...

The U.S. is planning to build a new embassy...

Samsung Galaxy Z Flip 4 could be even more...

GOP falters in effort to recruit star governors for...

Norway’s prime minister on Ukraine: ‘The war has to...

DC to require students 12 and older to be...

When rape becomes a crime

Mother of American missing in Ukraine reacts to new...