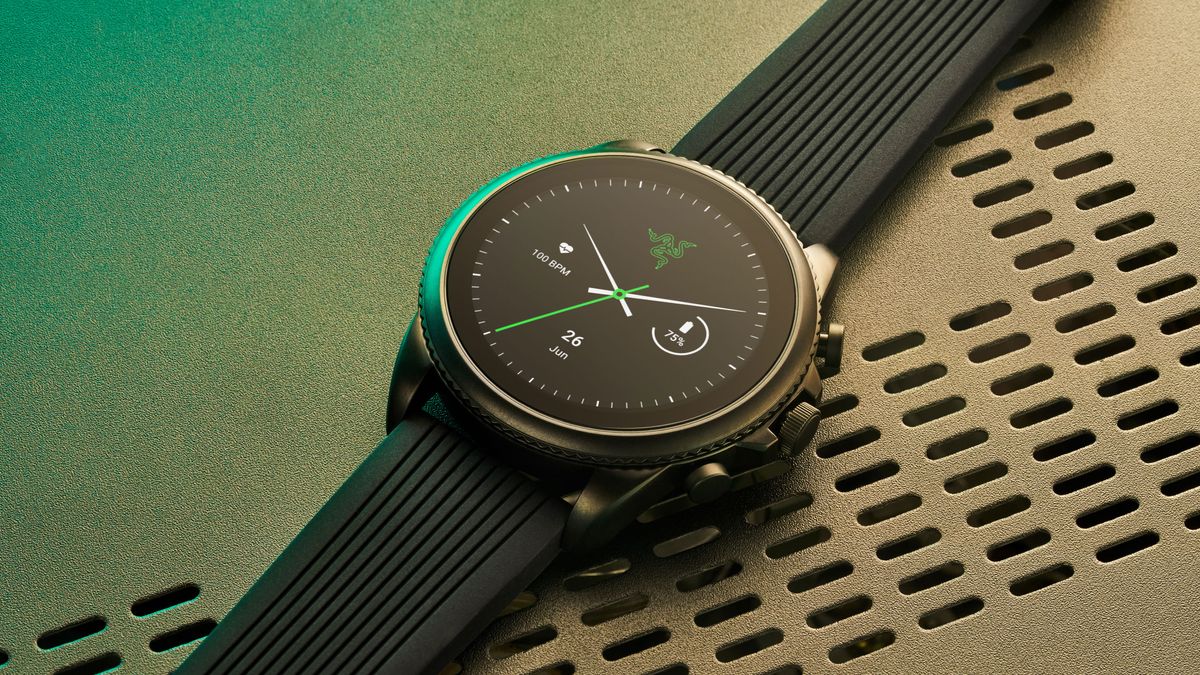 It’s fair to say that Wear OS hasn’t taken off in the way Apple’s watchOS has, and that’s despite far more people having phones that are compatible with these smartwatches.

But in 2021 we saw some hope for the platform, with Google announcing that it had collaborated with Samsung to totally overhaul the operating system in a new version dubbed Wear OS 3.

And the fruits of that labor? Well, not much so far, and that’s never been clearer than post CES 2022.

You see, CES is a prime time for smartwatches to be unveiled, yet at CES 2022 we saw very few, and in terms of ones running Wear OS, all we really saw was Fossil’s Skagen Falster Gen 6, and the Razer x Fossil Gen 6 – which is basically just a Fossil Gen 6 with Razer trimmings.

So it’s hardly been a big showing for Wear OS smartwatches, suggesting that Wear OS 3 might not be the savior we hoped it would be – at least not yet.

While it’s a worrying sign that there weren’t more smartwatches at CES 2022, that doesn’t necessarily mean that Wear OS 3 won’t be a big draw in future – such as at CES 2023.

For one thing, outside of the Samsung Galaxy Watch 4 range, Wear OS 3 hasn’t actually shipped yet, so wearables announced now are likely either to arrive running Wear OS 2 (with a software update to Wear OS 3 later in the year), or to not actually go on sale for quite a while.

So it’s entirely possible that companies are waiting until they can actually ship devices with Wear OS 3 before announcing them.

Some brands might also want to wait longer than that – to see how popular smartwatches with Wear OS 3 actually prove before committing to building one themselves. They might even want to wait and see how well Google supports the platform, as it’s often let Wear OS feel a little neglected.

So Wear OS 3 could still be a big deal, it just isn’t yet. If Fossil’s watches prove popular, and if the Google Pixel Watch finally lands and sells well, then Google’s smartwatch platform could start to look in much better shape.

Of course, by then these holdouts will have a whole lot more competition if they do choose to jump on board.

While there’s still hope for Wear OS then, this CES showing has dimmed it somewhat, as without more brands jumping on board and launching exciting big-name wearables running the software, the Wear OS scene could seem like business as usual for would-be buyers.

Will they really be tempted by a handful of familiar sounding watches that just have a new number at the end of both the hardware and software names? We’re not so sure. And if they’re not, then other brands won’t be incentivized to get involved. So it’s a bit of a Catch-22.

The Google Pixel Watch could be the solution here. This is Google’s chance to show Wear OS 3 as it was intended, but that still needs to translate into sales, and if the Pixel phone range is anything to go by that’s far from guaranteed.

The Morning After: The first look at HBO’s live-action...

Skybridge’s Scaramucci says a second Trump presidency would be...

Review: Wrenching and riveting, ‘The Son’ leaves you shaken

Half of Twitter’s top advertisers left since Musk takeover,...

Extraction 2 has twice the action of the first...

The ‘unfathomable’ price of war

How Coinbase’s $1B crypto philanthropy ambitions left a trail...

Britain slaps sanctions on Putin’s rumored girlfriend and his...

Brazil toughens environmental fines in reaction to a lawsuit

Toyota’s prototype ‘cartridge’ is a way to make hydrogen...

Researchers made a sonar-equipped earphone that can capture facial...

Beside a Golden Door

Japan’s economy contracts, but at smaller rate than thought

WHO Confident in Beijing Winter Games

Apple will reportedly unveil an iPhone SE with 5G...

Obama calls out GOP over Jan. 6