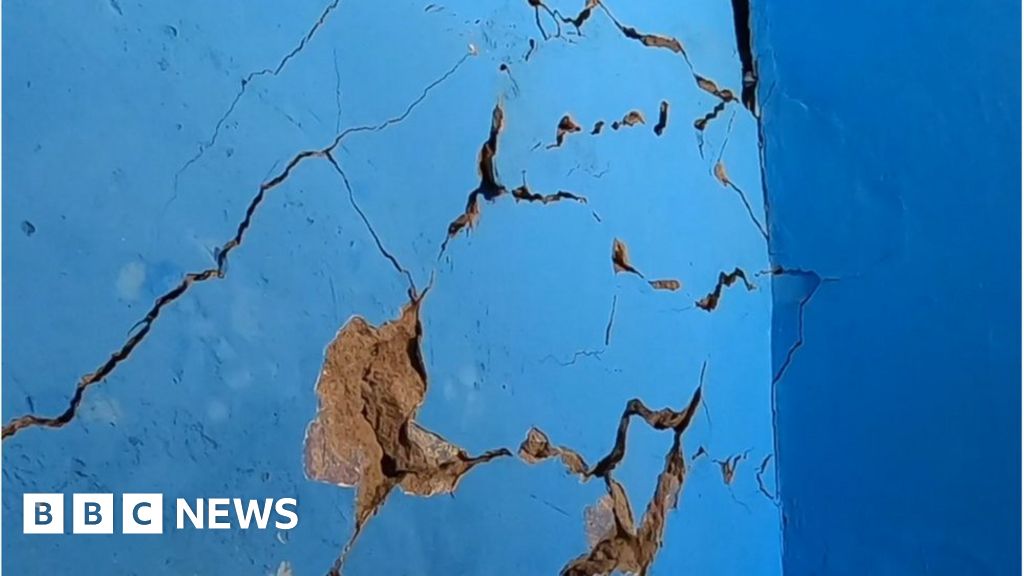 Residents of Joshimath town in Uttarakhand state are demanding evacuation and rehabilitation after large cracks appeared in their homes.

On Thursday, officials stopped several construction projects after thousands of protesters blocked a national highway in the Himalayan state.

The state’s chief minister is holding a high-level meeting on Friday to discuss the issue.

Dozens of people were evacuated to temporary shelters this week.

District officials have said that cracks have developed in more than 500 houses in the area due to gradual land subsidence, which refers to the ground slowly sinking.

This is not a recent problem – in 1976, a government committee had flagged the risks of land sinking in Joshimath after residents complained of cracks in their houses. In its report, the panel had also warned against allowing heavy construction work in the area.

But in the decades since, construction activity has increased manifold in Uttarakhand state, which is situated in the ecologically fragile Himalayan region. The state is home to a number of revered Hindu shrines that draw millions of pilgrims every year.

Rampant construction, experts have said, is damaging the ecological balance of the region, which is vulnerable to earthquakes and landslides.

In October, the BBC’s Vineet Khare visited Joshimath and spoke to several residents who were living in fear.

“We leave the house the moment it starts raining because we’re scared,” Sumedha Bhatt, who lives in Ravigram village, told him.

On that visit, the BBC found that many people had already begun leaving their houses as the cracks had started widening after heavy rains. Some families had also resorted to makeshift measures, such as using polyethylene sheets to prevent seepage and using wooden planks to offer additional support to their houses.

Geologist Swapnamita Vaideswaran, who has been using archival and satellite imaging to map the scale of the subsidence, said that her work over the past two years showed that Ravigram village was sinking by 85mm per year. Biden to travel to Buffalo

Breaking down the Mets’ payroll by the numbers following...

Chats in Google Messages are about to get even...

Apple’s Studio Display fills an obvious gap in the...

England out of World Cup as Germany win shootout

How Biden torched the Trump recovery

Dr. Oz Pennsylvania Roots Not Deep Enough for Most...

Bo Mobility’s e-scooters are built with Formula One engineering

Jamie Dimon is going to make a lot less...

Google’s Pixel phone plans for 2023 and beyond have...

Aer Lingus Cancels Flights to UK and Europe After...

‘What are we supposed to feed our babies?’

Apple Music and Apple TV are now on Windows...

A2 Milk jumps before halt on FDA nod news,...

The data-sharing system between the US and UK is...

As war rages in Ukraine, ballet dancers return to...

How stupid does Boris Johnson think British people are?...

Relatives of POWs call on Red Cross to help...

Daily Crunch: Meta decimates its staff as the social...

Zipline drones will deliver medicine to communities in Utah

Can Atlanta Braves catch up to New York Mets...

Pence breaks with Trump: ‘I had no right to...