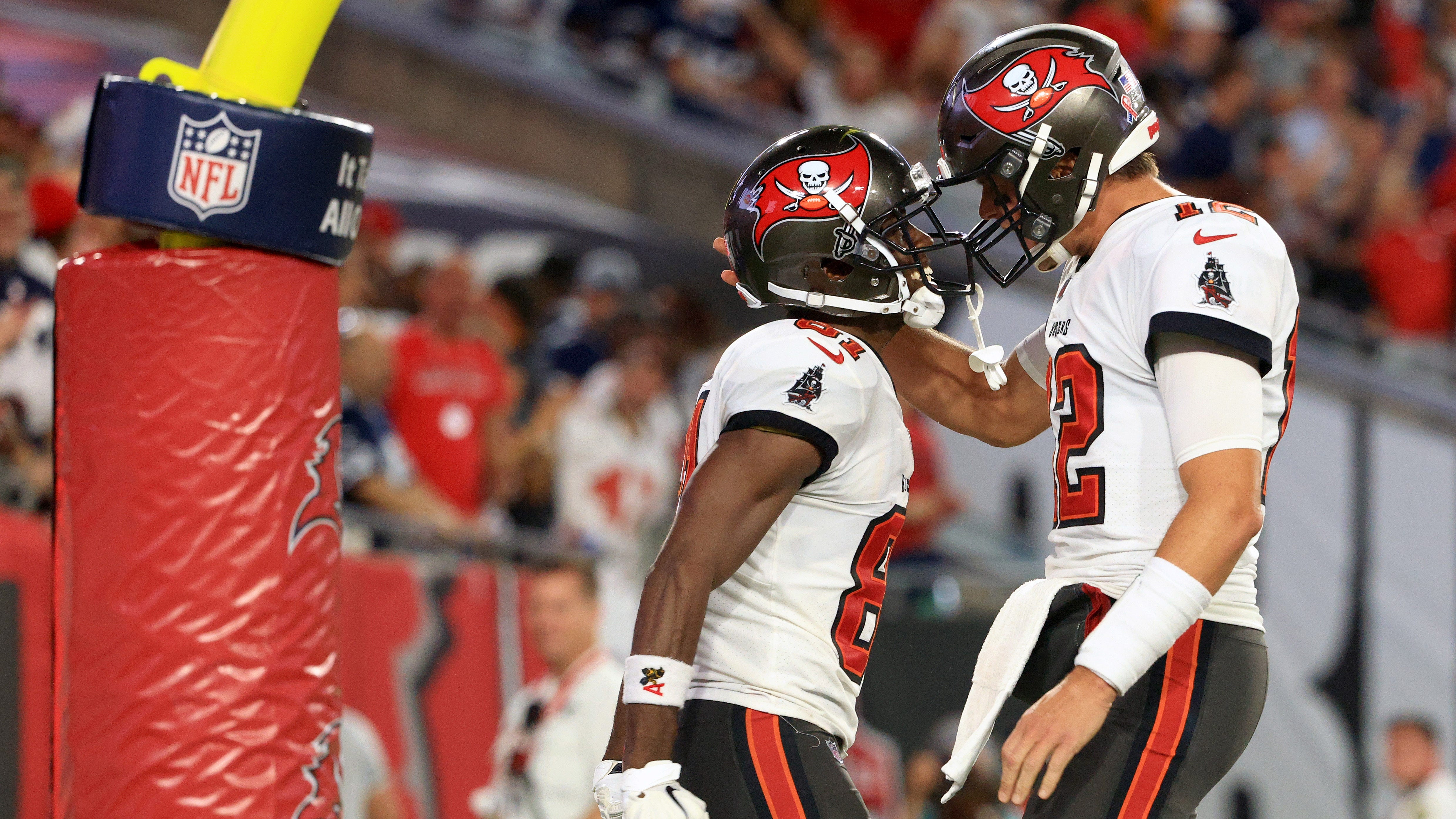 The Tampa Bay Buccaneers officially released Antonio Brown on Thursday afternoon, and quarterback Tom Brady, who recruited the former All-Pro wide receiver to the Bucs, discussed the situation during a press conference.

“I think theres a lot of personal feelings, obviously. I dont think this is really the week to discuss it though,” Brady said. “Im just going to do the best I can do as the quarterback of the team, try to put together a great week and finish strong. You just always deal with different things over the course of the season and thats what were doing this week.”

Tom Brady (12) of the Tampa Bay Buccaneers reacts with Antonio Brown (81) during the second half against the Carolina Panthers at Bank of America Stadium Dec. 26, 2021, in Charlotte, N.C.

“The Tampa Bay Buccaneers have terminated the contract of Antonio Brown, effective immediately,” the team said in a statement. “While Antonio did receive treatment on his ankle and was listed on the injury report the week leading up to last Sundays game, he was cleared to play by our medical team prior to the start of the game and at no point during the game did he indicate to our medical personnel that he could not play.

“We have attempted, multiple times throughout this week, to schedule an evaluation by an outside orthopedic specialist, yet Antonio has not complied. Maintaining the health and wellness of our players is of the utmost importance to our organization.”

During the Buccaneers game against the New York Jets, Brown took off his uniform and shoulder pads and threw his gloves and undershirt into the stands before running off the field and into the tunnel. Brady showed empathy and compassion for Brown despite Brown’s bizarre departure.

“I think everyone should do what they can to help him in ways that he really needs it,” Brady said after the game Sunday. “We all love him. We care about him deeply.”

Brown says he was “cut first” before leaving the team. Brown also said he had an MRI on his ankle on Monday, and it showed he had “broken bone fragments stuck in my ankle, the ligament torn from the bone and cartilage loss, which are beyond painful.”

After his latest controversy with another NFL team, its unlikely Brown signs with another team in the near future. Many in the media have speculated this may be the last time we see Brown on an NFL field. But the situation in Tampa seems far from over. In Greece, unvaccinated people 60 and up face monthly...

Monkeypox Spread Feared in Texas as Partygoer Diagnosed After...

Cat Hilariously Caught on Camera Stealing a Taco at...

Gascón gets a reprieve

Some Democrats not ready to give up on child...

Gotham Knights has a new release date – and...

Weisselberg to plead guilty, could testify against Trump Org....

South Korea to roll out Novavax COVID-19 vaccine next...

Sri Lanka: ‘I can’t afford milk for my babies’

AOC calls for Democratic Sen. Kyrsten Sinema to be...

AirAsia boss calls on governments to be ‘brave’ and...

Which of Europe’s biggest names are still available on...

Nikolaj Coster-Waldau goes ‘Against the Ice’ in Netflix pic

Ukraine invasion: US, EU and UK impose sanctions on...

Monkeypox vaccine supply struggles to keep up with U.S....

Shell CEO to step down as oil giant looks...

Amazon will pay staff travel expenses for abortions, some...

Prince Harry says he made sure queen was ‘protected’...