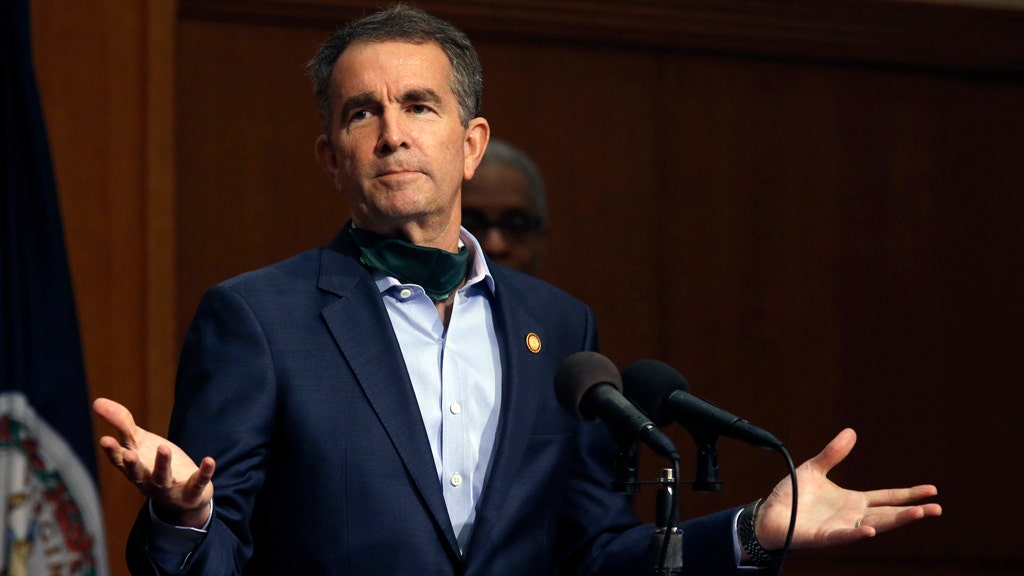 Virginia Gov. Ralph Northam, D., took heat Wednesday after blaming thousands of drivers for being on the road only to be left stranded on Interstate 95 due to heavy snowfall that crippled snow removal crews.

“We gave warnings, and people need to pay attention to these warnings, and the less people that are on the highways when these storms hit, the better,” Northam told The Washington Post.

The Virginia Department of Transportation was warning motorists to avoid travel on I-95 until lanes reopen and congestion clears.

DRIVERS TRAPPED ON VIRGINIA INTERSTATE AS TEMPERATURES DROPPED DURING THE OVERNIGHT

A sitting senator, Sen. Tim Kaine, D-Va., was among the stranded drivers Tuesday. He documented his nightmarish commute on Twitter, finally reaching the Capitol after 27 hours.

Northam and the Virginia Department of Transportation have been accused of failing to prepare the roads for the upcoming onslaught of snow, while some who were stuck in the winter storm traffic hit the governor and the agency for not responding fast enough following the disaster.

“Ive contacted the governor, he finally came out this morning and said he has shelters opening up. Its a day late and a dollar short,” father Joseph Catalano, who got stuck in the traffic after taking his family on a post-Christmas trip to Disney World, said.

But Northam did not seem to be keen on accepting accountability. And when the governor pointed fingers at Virginia drivers, his critics shamed him and started counting down the hours until he hands over the keys to the governor’s mansion. Republican Glenn Youngkin, who defeated Democrat Terry McAuliffe in November’s gubernatorial election, will be sworn into office on Jan. 15.

The Virginia Department of Transportation warned motorists to avoid travel on I-95 until lanes reopen and congestion clears.

“You can’t make it up,” National Journal’s Josh Kraushaar tweeted.

Northam tweeted Tuesday night that all stranded drivers had been accounted for, but urged Virginians to stay off the roads as the situation remains “hazardous.”

Businesses clamor to get in on next Covid bill

Ford CEO Is Considering Ways to Run Its EV...

Live in the US? You’re getting a worse OnePlus...

UniCredit surprises with buyback as it tackles Russia exit...

3 Pennsylvania officers fired after being charged in the...

Senior gang leader who absconded from prison arrested in...

Website for free virus tests is here. How does...

Dems worry they’ll be boxed out without changes to...

Bucha’s Ukraine Atrocities Are Not Russia’s First. They Must...

Biden signing order on cryptocurrency as its use explodes

Moderna says parents can be “reassured” by its vaccine...

The Last-Ditch Effort to Save Wild Salmon

Ireland Looks at Lowering VAT on Electricity and Gas...

Meet Winston, a rare bongo born at the Denver...

Concerns about gun violence after multiple shootings over the...

Review: '30 Things I Love About Myself' a fulfilling journey