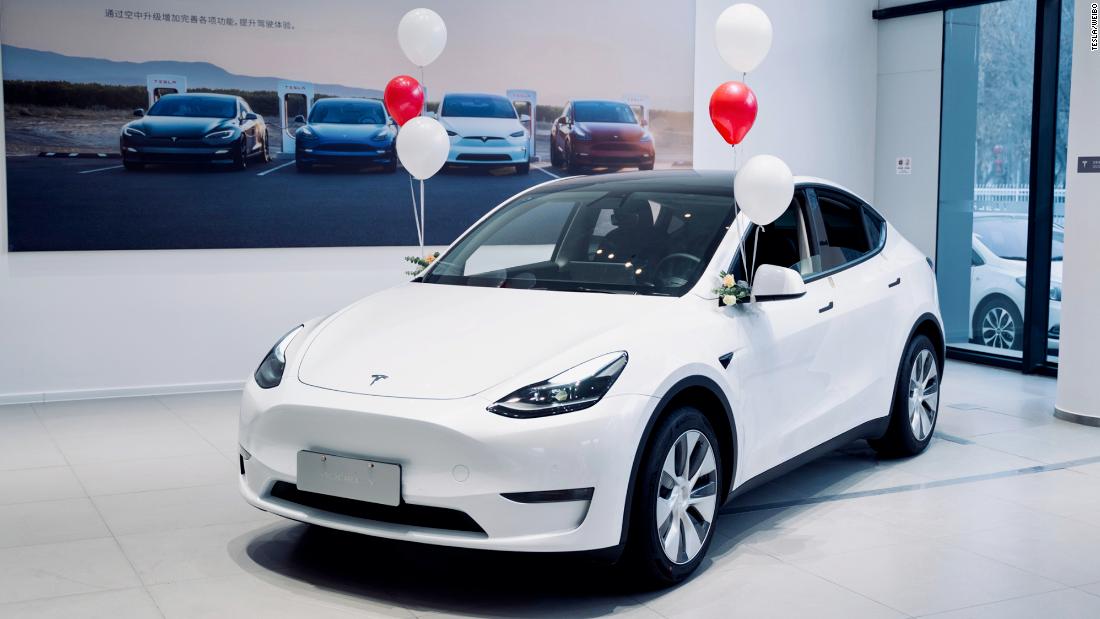 (CNN Business)Tesla has opened a new showroom in Xinjiang, a region in western China that is purported to be the site of abuse and brutal repression of the country’s Uyghurs, a predominantly Muslim ethnic minority.

The region has become a major geopolitical hotspot in recent years, and a key source of tension between Beijing and Washington, which has effectively banned imports of products made there with a recent law.

The company announced the opening on its verified account on Weibo, a major Chinese social media platform. The new showroom is in Urumqi, the capital of Xinjiang and home to 3.5 million people.

Tesla(TSLA) has a big presence in China, and spent years making inroads with Beijing. As a result, it has generally enjoyed strong government support: In 2017, for example, it negotiated for complete control over the Shanghai Gigafactory it was constructing, an unusual relationship at the time.

The automaker has run into some challenges in the country lately, including a large recall and increased competition from Chinese electric vehicle manufacturers. Nevertheless, the automaker reported increasing market share in China over the first three quarters of last year.

The decision to open a showroom in Xinjiang, though, may prove controversial, and highlights how politically fraught China can be for Western companies.

A report from over 50 experts in international law last March found that China’s treatment of Uyghur people met legal definitions of genocide or the concerted attempt to eradicate, in whole or in part, a specific religious or ethnic group. Up to 2 million Uyghurs and other Muslim minorities are believed to have been placed in detention centers across the region, according to the US State Department.

China has repeatedly and forcefully denied abusing the Uyghur people or using them to perform forced labor. Instead, Chinese officials have said that Uyghurs are being taken to re-education camps in order to prevent religious extremism and terrorism.

The region has inflamed tensions between Washington and Beijing. At the end of December, US President Joe Biden signed a law that effectively bans imports of products made there. Before any products from Xinjiang can be imported into the United States, it must be proven that they were not made using forced labor, something China has been accused of in the region.

“Wecall on theGovernmentof the People’s Republic of China to immediately end genocide and crimes against humanity against the predominantly MuslimUyghurs and members of other ethnic and religious minority groups in Xinjiang,” US Secretary of State Anthony Blinken said in a statement at the time of the signing.

The Chinese government, meanwhile, has reacted forcefully to international companies that have acknowledged any issues with doing business in Xinjiang.

Last week, Chinese authorities criticized Walmart(WMT) after the company’s Sam’s Club retailer was accused of removing products sourced from the region. The Central Commission for Discipline Inspection accused the company of “stupidity” and “short-sightedness,” even as Chinese state media reported that Sam’s Club attributed product shortages to an influx of shoppers.

Intel(INTC) recently had to publicly apologize after it told some of its supplier companies, in a letter dated December 2021, that it “is required to ensure our supply chain does not use any labor or source goods or services from the Xinjiang region” of China, citing government restrictions and questions from investors and customers.”

The request sparked outrage in Chinese state media and in the country’s social media platforms.

“Although our original intention was to ensure compliance with US laws, this letter has caused many questions and concerns among our cherished Chinese partners, which we deeply regret,” Intel later said in a statement on Weibo.

Tesla’s US headquarters did not respond to questions about whether the company had any concerns with doing business in the region given the alleged human rights abuses there. 2023 Raptor R Is the Pinnacle of Ford Performance

Ferrari earnings up 22% on surging deliveries to Americas

Djokovic had COVID-19 a month ago, had clearance to...

The Michigan Democrat Who Could Solve Her Party’s Identity...

NASA steps up hunt for extraterrestrial life, will commission...

US Navy intends to decommission some of its newest...

Lawrence Jones pushes back on Left ‘pouncing’ on COVID...

Man dies in hospital a week after Aberdeenshire crash

The Mississippi abortion clinic at the center of the...

Garmin’s latest watch is built for pilots, but runners...

Sunak’s Push for Green Levy on Petrol Was Blocked...

Q&A: Should I Get Another Shot? – Bloomberg

Hawaii’s minimum wage could soon be raised $18 an...

Balance of Power: How Would Russian Oil Cap Work?...

Dubai Ruler Gets Chunk of Developer Emaar in $2...

Eden Mill: Gin and whisky and distiller sold to...