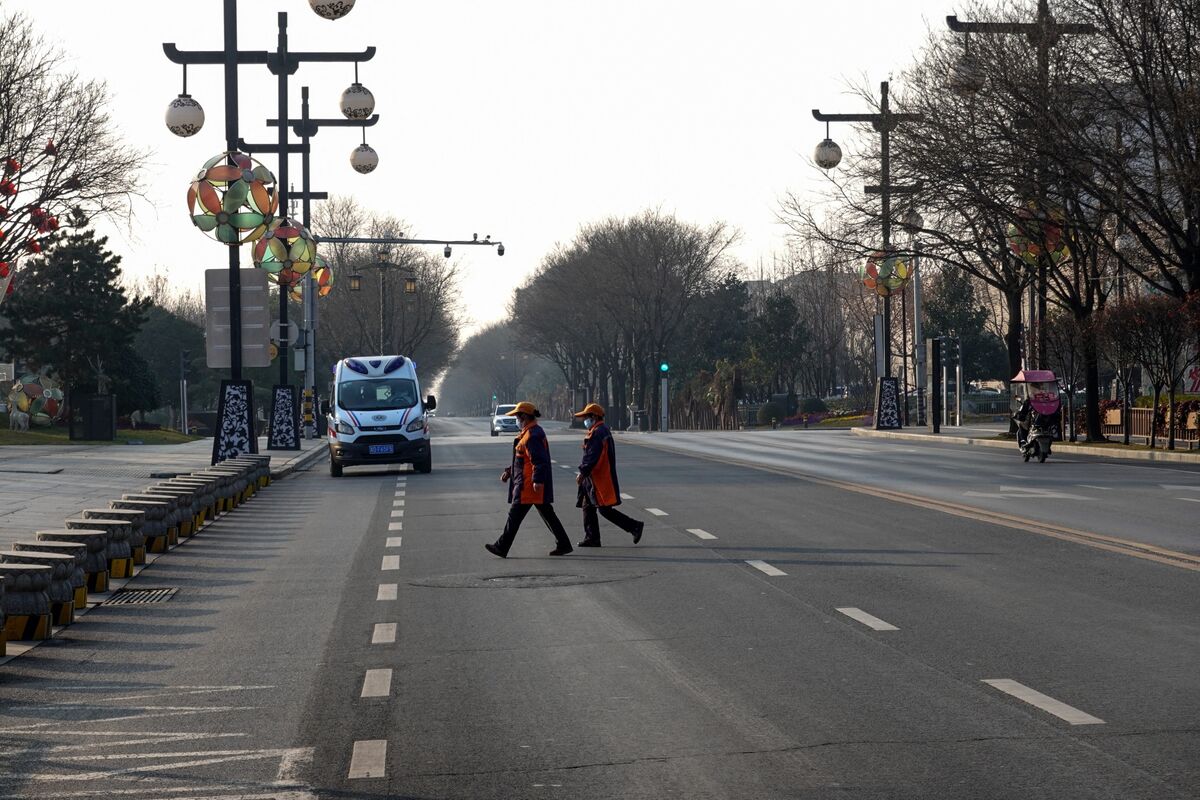 Almost two weeks of lockdown is starting to wear on the residents of Xian, the western city thats the nexus of the longest outbreak of Covid-19 in China since the virus was first detected.

Shortages of food and medical care have worsened over the past 12 days since officials sealed off the city of 13 million people in an effort to stymie the flareup that has already led to more than 1,600 infections. More posts are starting to emerge on Chinese social media criticizing the governments poor management and complaining that access to food is extremely limited.

Scenes like this havent been seen in China since the first days of the pandemic, when officials shut down Wuhan and introduced the Covid Zero policy its maintained ever since. The arrival of the more infectious delta variant has made the countrys approach increasingly difficult, at a time when much of the world has transitioned to living with the virus as it continues to mutate into even more transmissible strains.

The outbreak appears to have spread from the epicenter of Xian, which reported 95 new cases on Tuesday, as a growing number of infections emerged elsewhere. The eastern province of Zhejiang and central province of Henan reported eight and five cases respectively, while another 21 asymptomatic infections were detected country-wide and counted separately.

More than 100 people have been diagnosed daily for the past 10 days, a stark departure in China where a zero tolerance policy led to few locally transmitted infections throughout much of 2021. The deteriorating situation is putting officials under increased pressure as Chinese New Year, the countrys most important holiday and its busiest travel season, is looming, and its set to host the winter Olympics starting in February.

China Spikes on Both Ends

Some residents in Xian have started bartering food and cigarettes amid the shortages, according to posts seen on social media. Residents have been asked to remain inside their homes, with one family member allowed to leave every other day in a sometimes fruitless effort to find supplies. Others criticized the authorities for prioritizing residential compounds where government officials live.

The deputy mayor of Xian, and another official in the hardest-hit district, were fired as the city vowed to strengthen epidemic prevention.

Nerves are fraying as the rising number of cases and chaos in hospitals squeeze medical resources, leading to denied care for patients suffering from other conditions.

A resident undergoes Covid-19 testing in Xian on Dec. 29.

The father of one Xian resident couldnt find medical care after a sudden heart attack, despite having a negative Covid test, according to a widely-circulated article on social media. They were also unable to get help via a medical hotline.

Xian SOS, the resident wrote, in a plea for outside help.

The tangled situation triggered online rumors about supply shortages that confused and upset residents. One video showed people in Fengyang, a smaller city in Shaanxi province, using a horse to bring in supplies. Officials later denied that traffic restrictions led locals to rely on alternate methods of transportation.

Local leaders in Xian have discouraged people from returning to their rural hometowns during Chinese New Year, the countrys most important holiday for family gathering. There is heightened concern about the increased risk of spreading the virus and seeding spillover events in other areas, according to officials speaking at a press conference on Monday.

Zhengzhou, the provincial capital of Henan, was put under partial lockdown overnight after two Covid cases were reported in the city on Monday. Yuzhou, a smaller city in the same province, was shut earlier.

With assistance by John Liu, and Claire Che

CDs vs. traditional savings accounts—here’s how to choose CDs vs. traditional savings accounts—here’s how to choose Feds seek $3M from Paul Manafort over failing to...

Ofgem Unveils Its Plan For a Sustainable Grid: The...

Twitter-Musk Deal Spread Widens as Traders Fret Over a...

Fed’s ‘most important task’ is to control inflation, Brainard...

Commentary: The U.S. is overdue for a dramatic shift...

TechCrunch+ roundup: Why you should go APE, H-1B lottery...

California ballot measure to guarantee right to abortion has...

How to buy gold and silver

Two Ukrainian children killed ‘in front of my own...

Senate set to confirm Jackson to Supreme Court in...

After thrashing Baylor, the Big 12 runs through Ochai...

In a post-Trump era, U.S.-Mexico relations have been turned...

Inquiry into two cyber-attacks at Gloucester City Council in...

Dog’s Hilarious Reaction to Being Beaten up by New...

No amount of alcohol is healthy if you’re under...

Testing shortage is 'another preventable and Biden self-inflicted disaster:' Hannity

Chipotle giving vegan plant-based chorizo a try on its menu